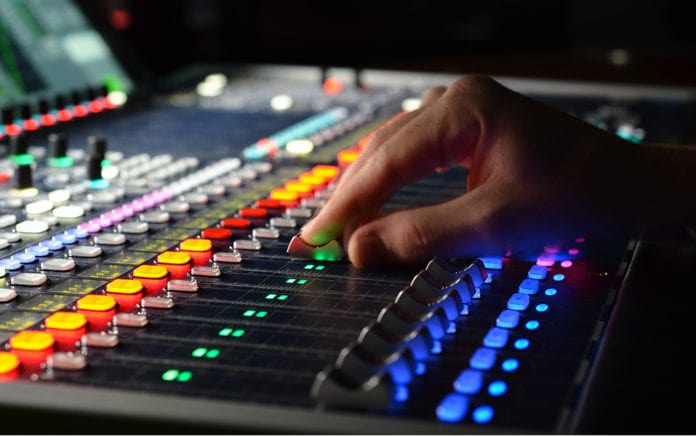 Being prepared in advance for contingencies will help your production continue without a hitch.

1. Plan for “What Would I Do if This happened?”

My dear friend Jeff Barnett says, “First, do everything you can to prevent something from going wrong. There’s that whole cliché about an ounce of prevention and a pound of cure or the one about failing to plan and planning to fail.” He’s absolutely right. You must create scenarios in your mind for what to do if something fails. It’s going to happen—you just don’t know when. Have a plan and have a backup plan and practice implementing the backup plan. Develop a sixth sense of knowing when something is about to go off the rails and what you are going to do to prevent it or get it back on the tracks.

This is why we do line checks. They are critical and performed before a sound check, rehearsal, and the service, to make sure that the things we are going to be using during them are working properly. Check the sound system components, microphones and mixers, processors and loudspeakers and the signal and power lines connecting the instruments, devices and components, as well. Make sure the connections are tight; inspect the cables, jacks, the plugs and outlets to make sure they are seated correctly. Loose connections will drive you nuts.

Side note: You may want to check the lights and video as well because the audio guy gets blamed for that too, right?

Know how your system is patched. Draw a diagram of your system’s signal flow. This will help you to track the source of the trouble faster and more efficiently.

I am not the world’s most organized person. I can’t remember where I set my keys down half the time. I must be getting old. (I am old.) However, if you are in a situation where you have to find a replacement for a failed device or faulty cable, it would be nice to locate it in seconds without having to hunt for it or remember where you put it last.

If you don’t do “organization” well, try to find the most OCD person in your church and recruit them to be the equipment coordinator. This will pay big dividends when the stuff hits the fan. People like this keep things so neat it might make you crazy. They label everything.

On the other hand, you’ll always be able to find the thing you’re looking for. They are a blessing.

When the pressure is on and something goes wrong, that is not the time to start learning the finer points of your new digital mixer or practicing new techniques on the compressor.

Take the manuals home and study them. Manuals and manufacturer websites typically will have sections for troubleshooting the piece of gear you’re using. It will list the symptoms and possible solutions and responses to resolve the issue. Keep the manuals and phone numbers for service accessible (right next to the mixer). Find a pro who is readily available to help in a pinch.

I expect you to know your gear blindfolded so that when something is not responding the right way you’ll know exactly where to go to correct it. Sometimes even experienced techs will run up to the stage with a spare microphone only to realize later that the channel was muted, the gain had been altered, the microphone was a condenser and phantom power wasn’t applied or it wasn’t assigned to an output and it resulted in wasted time and frustration. There’s a myriad of things that may be the cause of the problem right in front of you.

Keep extra cables and equipment in storage when not in use. Replace or repair cables when they start to wear out.

Jeff Barnett says, “Have extra cables on hand and keep them organized. I like to use a pegboard with cables separated by type and length. Or use containers that keep common types of cables together. The more organized you are, the easier it will be to find the stuff you need whether it’s a cable, a direct box, microphone, etc. Make sure you have a few of each of the most common kinds of cables, including power cables.”

Don’t forget about adapters. But if at all possible, it would be better to have the right cable for trusted connections.

Have you ever forgotten to put fresh batteries in the pastor’s wireless microphone before the service? Uh-oh! I know it’s happened to me more than once. “In the case of a wireless microphone failure, a wireless handheld mic is a great thing to have on hand in a pinch. Keep it on the platform, and make sure that the key people (pastor, worship leader, etc.) know where it is and how to use it. If you don’t have the budget for a spare wireless microphone, then at least have a wired microphone on a stand or somewhere handy that the pastor can retrieve in a moment and continue with little interruption.

My buddy Greg Hearns, a system designer/audio guru and educator at Northwestern University in Kirkland, Washington, warns, “Don’t keep the batteries in the wireless, even if it is off. If a $1.50 battery leaks acid it could cost you $350 to replace the wireless. I’ve seen them leak after being in the wireless for a week.” If using rechargeable batteries, you need to make sure you have a system in place that ensures they are fully charged. Some of the best ones on the market, in my opinion, are the Ansmann batteries.

6. Have a Backup Speaker.

A powered speaker, or two on stands can save the day if there is a problem with the main speakers or amp, and try to have this ready to play in under a minute. In situations where powered floor monitors are used by the band, we can repurpose them to face the audience in a pinch.

7. Have a Backup Portable System.

“You may experience a failure of the entire system, so you may want to have a small mixer with powered speakers ready to turn on at the flick of a switch. This would allow for more than one microphone to be utilized at a time.”

Vic Thomas, a former tech director at Cathedral of Faith in San Jose, California, and now a veteran sports broadcast engineer adds, “Even on big sporting events we have a backup in case the TV truck goes down. We always hook up a battery-powered mixer with the announcer connected to it, independent of the truck. The output is fed to the master control via an independent phone line. It is always on so if we lose the main feed they never lose audio. At least we can keep broadcasting.”

Brian Peterson: “We keep two powered 12’s with a spoken word preset already in it … just behind the stage with a wired handheld and a wireless receiver for the pastors pack and a wireless mic set to that same frequency/channel just in case. In the gym 40 feet away, we keep a portable Presonus RM16 (rack-mount digital mixer) with powered speakers and subwoofers for that room and outdoor events. It has cables, snake and stuff for our mobile gigs. We run in from our big worship center to the room just in case we go down hard.”

Lightning hit a church that was hosting a conference I was teaching at recently. We all saw a blue flash and a loud bang in the sanctuary. It literally took out the lighting board and some other components. The good news is they had surge protectors that prevented other components from damage. Some churches even have generators for backing up systems when power is lost.

Brian Petersen from sunny Southern California encourages us to install uninterruptible power supplies or battery backup systems: “Our church has 500 members. The front floor pocket power has a big power conditioner/UPC hooked to our backup battery system for the exit lights. That’s a luxury I guess. It’s on all the time.”

These devices can protect not only the equipment, but can in certain situations allow the service to continue without interruption. You may even want to consider a generator if power failures are a common occurrence.

Practice and drill the team on the emergency procedures that you have established. Rehearse the drill a few times a year and get the time from failure to backup to be as short as possible.

In major concert systems, there are typically backup or redundant systems running alongside just in case. If something goes down in one, the other one takes over and the transition is so seamless the audience is unaware of any mishap.

Obviously, churches don’t have the budgets of major productions. However, having certain things backed up could help avert total failures or disasters. If your church is streaming or recording the audio, it would be wise to have multiple cameras, a redundant device besides the one you record directly to, recording at the same time, and alternative methods to distribute the content just in case.

In the case of major or minor catastrophes, having a team prepared, knowing what to do when they occur is gold. Recruit and train volunteers to help in these scenarios. Train those on the worship team to assist with issues on the stage when they happen (and they will)—replacing a cable, a direct box and droopy microphone stand, or to pass the backup microphone to the pastor.

“Keep it simple.” Don’t use more gear than necessary. Unnecessary things in the system can confuse. The shortest distance between two points is a straight line. Remove clutter. Try to keep things consistent week to week. Simplify your workflow because the fewer things you have to check in a failure the faster the situation can be resolved.