Home Resources Voices Drew Dyck: Your Future Self Will Thank You 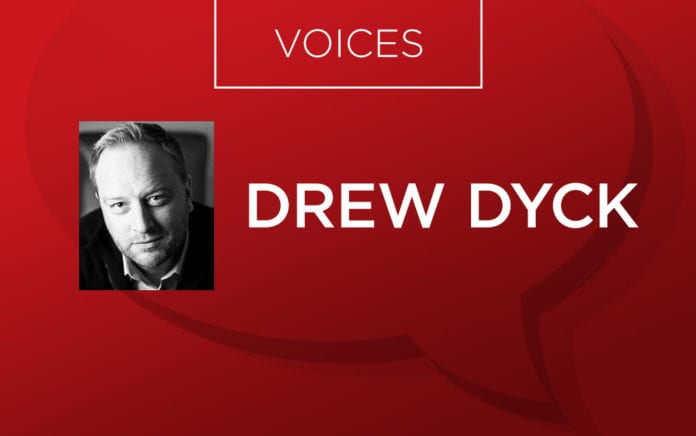 Secrets to Self-Control from the Bible and Brain Science (A Guide for Sinners, Quitters, and Procrastinators)

Your Future Self Will Thank You
(Moody Publishers, 2019)

WHO: Drew Dyck, an editor at Moody Publishers and the former managing editor of Leadership Journal.

HE SAYS: “Ultimately, self-control isn’t about you. It’s about surrendering to God’s purposes for you.”

THE BIG IDEA: Cultivating self-control is foundational for freedom and flourishing.

THE PROGRESSION:
Broken down into nine chapters, this book explores the concept of self-control being the foundation for the soul. Offering practical steps to break bad habits and grow self-control, the author looks at the science of self-control, shares personal stories and talks with theologians, sociologists and psychologists.

“The best way to avoid sin, the most powerful means of self-control, comes by listening to a ‘sweeter song.”

A CONVERSATION WITH DREW DYCK

What is the ultimate purpose of self-control?

Numerous studies show that self-control is associated with all kinds of “positive life outcomes,” including better relationships, higher incomes, greater happiness and even lower body mass indexes. Those are great. But ultimately developing self-control has to be about more than just your personal success.

Self-control enables us to fulfill the two greatest commandments: loving God and loving our neighbors. Think about it—can you be faithful without self-control? Generous? Peaceable? Selfless? Honest? Kind? Even the most basic altruism requires suspending your own interests to think of others. And that can’t happen without self-control.

I like the way the late English cleric John Stott put it: “Self-giving and self-control are complementary, the one to the other. How can we give ourselves in love until we’ve learned to control ourselves? Our self has to be mastered before it can be offered in the service of others.”

From Outreach Magazine  Discipled by Jesus

What is the relationship between willpower and self-control? Is willpower fixed or fluid?

Willpower is the emotional energy needed to withstand temptation. From a strictly human perspective, it’s what enables self-control. It’s the fuel. Researchers have demonstrated that willpower is a finite resource. In other words it runs out—and rather quickly.

That means you want to conserve it. Try to avoid willpower wasters like conflict, over-use of social media, and multitasking. Willpower can also grow. It’s like a muscle; it gets stronger with use. So start doing hard things. Read a challenging book. Go for a run. Learn a foreign language. Have an awkward conversation with a stranger. It all takes willpower and the more you do it, the easier it will become.

Why is it necessary to recognize the power of habit? How do you build righteous habits into your life?

We like to think that our beliefs and knowledge dictate our behavior. But most of the time we default to our habits, those automatic routines we’ve built into our lives with repetition. The key is to replace bad habits with good ones.

Recently I realized I had a bad habit. Every morning I would roll out of bed, grab my phone off my nightstand and check social media. Nothing wrong with doing that, but it wasn’t the way I wanted to start the day. I wanted to begin each day by reading my Bible. But no matter how many times I promised myself I’d start the day with Scripture, I found myself reaching for my phone. It was habit.

Finally, I realized what I had to do. I put my phone out of reach and lugged my big black Bible up to my room and plunked it down on my nightstand. Now when I roll out of bed I reach for my Bible instead of my phone. It was a simple trick, but it’s worked. Habits can hurt us—but they can help us, too.