Home Resources Why Are People Reluctant to Discuss Their Faith? 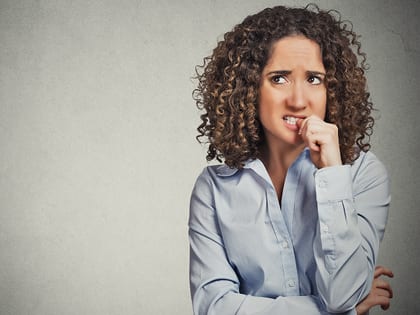 Barna Group: We interviewed U.S. adults for whom spiritual conversations are rare or nonexistent to find out why.

Social media and mobile devices have fundamentally changed the way we communicate—particularly about faith. Substantive spiritual conversations have become harder not only because of 280-character limits, but also because of shifts in the way the public perceives or subscribes to religion in the first place. For his most recent book, Learning to Speak God from Scratch, Barna worked with religion columnist Jonathan Merritt to interview U.S. adults for whom spiritual conversations are rare or nonexistent to find out why they don’t talk more often about faith.

People who don’t talk very often about faith offer different reasons, but most of these fall into two broad categories: avoidance and ambivalence. For instance, the two avoidant responses (among the top four) given for not engaging in conversations are: “Religious conversations always seem to create tension or arguments” (28 percent) and “I’m put off by how religion has been politicized” (17 percent). The other two responses indicate ambivalence: “I’m not religious and don’t care about these kinds of topics” (23 percent) and “I don’t feel like I know enough to talk about religious or spiritual topics” (17 percent). Here’s the full list of options:

Among all adults who rarely engage, boomers are significantly more likely to say they are not religious and don’t care about these kinds of topics (32 percent vs. 17 percent millennials and Gen X, 22 percent elders). Likewise, political liberals are more likely than conservatives to choose this option (28 percent vs. 15 percent). These groups tend more toward ambivalence or indifference than to frustration or fear.

Millennials, however, are much more likely to feel afraid that people will see them as a fanatic or extremist (10 percent vs. 3 percent Gen X, 4 percent boomers, 1 percent elders). This generation has grown up in a culture that values tolerance and freeing people to make their own decisions. One of the great evils is to be perceived as bigoted. It makes sense that a fear of coming across as intolerant (often associated, as millennials came of age, with religiosity) could turn them away from the topic altogether. Additionally, as we know from other research, young adults are more likely than any other age group to have friends who are different from them: different ethnicities, different religions, different social and political beliefs. They tend, therefore, to be more sensitive to offending other groups. They expect to live in a pluralistic society, and so fear association with a group—fundamentalist Christians—that is often represented as opposed to ways of thinking or believing other than their own.