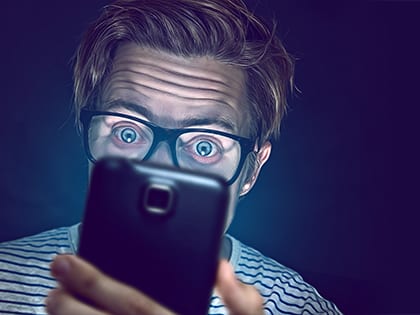 According to Nielsen, American adults spend over 11 hours per day interacting with media.

The world has never been more connected, and U.S. audiences have never had as many options to access content as they do these days. In short, consumers in the U.S. seem like they can’t get enough content, and the possibilities for marketers to reach them, while fragmented, is an opportunity that is just too good to pass on.

According to the first-quarter 2018 Nielsen Total Audience Report, nearly half an adult’s day is dedicated to consuming this content. In fact, American adults spend over 11 hours per day listening to, watching, reading or generally interacting with media. Behind this surge are the growing use of new platforms, as well as the younger, multicultural generations who leverage them.

The amount of people using traditional platforms held relatively steady when looking deeper into the data. Live + time-shifted TV viewing and radio have remained consistent over the measured quarters—a testament to the relative stability to these cornerstone media platforms. Radio alone reaches 92 percent of adults on a weekly basis; live and time-shifted TV has a weekly reach of 88 percent.

Overall, live and time-shifted television, even when accounting for seasonal fluctuations in viewership, still accounts for a majority of an adult’s media usage, with four hours and 46 minutes being spent with the platform daily in first-quarter 2018.

But newer platforms that have emerged as a result of internet accessibility and growing connectedness of consumers are ultimately behind the growth of media usage. For instance, TV-connected devices, such as video game consoles and internet-connected devices (Google Chromecast, Apple TV, Amazon Fire TV, Smart TV apps, etc.) allow audiences to use their internet connections and access a treasure trove of content to interact with at will. From fourth-quarter 2017 to first-quarter 2018, daily time spent on these devices by adults increased by five minutes to about 40 minutes. Specifically, 14 of those minutes are dedicated to game consoles, while 26 belong to internet-connected devices.

Digital usage also continues to play a growing role with the adult U.S. consumer. Digital platforms—think computers, smartphones and tablets—have become a major catalyst for this frequent content exposure. In first-quarter 2018, consumers spent three hours and 48 minutes a day on digital mediums. This is a 13-minute increase from the prior quarter, and 62 percent of that time is attributed to app/web usage on the ubiquitous smartphone.

From Outreach Magazine  On the Other Side of Isolation

Read all the details.