Home Resources Books Why Young Evangelicals Are Turning to Catholicism 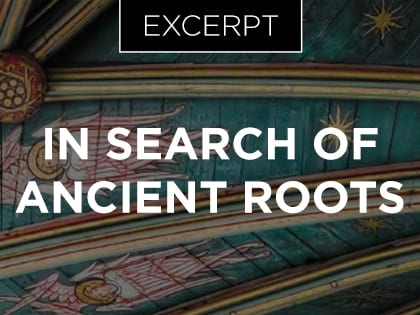 Examining the motivations for the Protestant exodus

Since the mid-1980s, the North American evangelical movement has regularly observed a striking phenomenon: departures for Roman Catholicism and expressions of Eastern Orthodoxy by individuals considered to have possessed stature within evangelicalism. In 1985, the headlines belonged to Thomas Howard, a professor of English literature who, in being received into the Roman Catholic Church, also came to a parting of the ways with his evangelical Protestant employer, Gordon College.

Many North American observers might suppose that the reaffiliation of Howard—who had been raised by evangelical parents who were missionaries to Belgium and who had first migrated to the Episcopal Church USA in his twenties (before his reception to Roman Catholicism in 1985)—marked the turning of a kind of tide in the direction of such reaffiliations. In fact, Howard’s reaffiliation to Roman Catholicism had been anticipated by another significant development, six years previous. This—though not so widely reported at the time—proved to be a bellwether of the same trend.

This was the 1979 recasting of the nascent “New Covenant Apostolic Order” (earlier known as the “Christian World Liberation Front”—a movement that had emerged from Campus Crusade in 1973) as the “Evangelical Orthodox Church.” By 1987, seventeen congregations and two thousand adherents of what they still understood to be an evangelical Protestant movement were received into the Antiochian Orthodox Church of North America. Thus, by the late 1980s, North American evangelical Christians were starting to become accustomed to news reports of defections of prominent individuals to both Roman Catholicism and Orthodoxy.

It is clearer today than it was then that this trend is observable primarily among North Americans. One can learn that there were some reaffiliations from the Church of England to Antiochian Orthodoxy in the 1990s, spurred by a worrisome relaxing of the theological boundaries in the English national church. Recently, we have read of a prominent Swedish Pentecostal leader who caught his congregation and wider movement off guard by his reaffiliation to Rome in March 2014. Some reports indicate that a similar trend can be observed in South Korea. But such stories, from outside North America, are unusual and rare. Inquiries I have made of contacts in Europe, West Africa and Southeast Asia confirm my opinion that this is extensively a “made in North America” development. That is to say that it tells us something about questions asked and uncertainties experienced inside North American Christian culture.

The last quarter century has witnessed a parallel [to evangelical Protestants] and distinct “turn” to Rome and Orthodoxy by disheartened mainline Protestants. Troubled at the steady slide away from an authoritative Scripture and the ecumenical creeds, a succession of mainline Lutherans, Methodists and Episcopalians have sought “refuge” in Roman Catholicism and Orthodoxy. In a word, they have been motivated by the theological disarray they have encountered. In passing, it can be said that while motivated by quite different concerns emerging from their own denominational contexts, the power of the example of these individuals has been duly noted by evangelical Protestants whose own restlessness has distinct motivations.

Now, as to self-consciously evangelical Protestants’ reaffiliations to Rome and Orthodoxy, we are confronted by the fact that the scene is much more complicated than the vast range of testimonial literature would suggest. This literature has been produced in vast quantity by those who have traveled on the road marked out by Howard and Gillquist. Taken collectively, it would lead us to believe that evangelical Protestantism is tottering “on the brink,” that it is inherently unstable, incurably prone to division, that its theology is mongrelized, and its worship threadbare. Most of all, it is also said to be substantially out of step with Christian antiquity. And so, various Christian publishing houses in North America continue to churn out volumes reflecting as much. Yet this literature, produced by disaffected evangelicals, is not entirely aboveboard.