Home Resources Books The Model Minority Myth and the Church 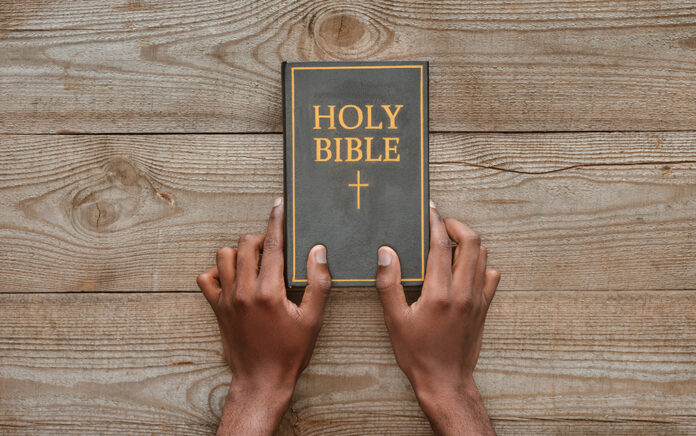 Terence Lester: The church must seek out opportunities to speak out against dismissive and dehumanizing ways of categorizing people and cultures. The church professes a Savior with brown skin who was marginalized, labeled, categorized and questioned.

In the 1960s, the “model minority” myth was disseminated in America by sociologist and professor William Petersen. The theory stereotyped East Asian Americans as particularly educationally and financially successful– i.e., a “model” for how to overcome minority oppression and discrimination. Petersen presented his prejudiced views as though they were fact: that Asian Americans’ strong work ethic, combined with their family structure and genetic superiority, enabled them to overcome the odds. It even proposed that Asian Americans were more likely to have stable incomes, better mental health, and crime-free communities. Consequently, their success stories were branded as the “Asian advantage” by other racial and ethnic groups, and even significantly reduced discrimination against Asian Americans by White groups.

While this may seem like an attempt at praise for positive outcomes, the true effect of Petersen’s theory was to insidiously promote the anti-Black mentality by implying an inherent genetic inferiority of Black Americans. For example, the so-called “Asian advantage” is used to explain the employability of Asian Americans in specific sectors like telecommunications and medicine, while Black Americans were viewed as less competent in such areas. These harmful theories and stereotypes have had the additional effect of driving a wedge between different minority groups, instilling an environment of competition as all black and brown groups fight an uphill battle towards equity and stability.

Furthermore, in spite of this attempt at a superficially positive brush used to paint an entire ethnic group, Asian Americans are still subjected to physical attacks, verbal abuse, and have their existence politicized because of hate and racism. The COVID-19 pandemic has seen a steep increase in the number of reported hate crimes against Asian Americans. On March 9, 2021, reports were released of the heartbreaking incident of a seventy-five-year-old Asian American man who was assaulted in Oakland, California causing him brain damage. * This is one of a recent string of attacks on Asian Americans, following the rise in tensions. The Asian Pacific Policy Planning council reported more than 800 COVID-related racial incidents in the state of California between March to May 2020.

Last year, the advocacy group Stop AAPI Hate reported 2,800 cases of racial motivated incidents, ranging from verbal harassment, to physical assault, being coughed or spat on, and being refused service or suffering workplace discrimination***. Asian Americans have been used as a scapegoat for the societal tensions that have resulted from the handling of the pandemic. This has demonstrated all too clearly that minority ethnic groups are the default recipients of blame when things go wrong, due to deeply ingrained racism, a lack of respect and understanding of individualism, and the othering of people who look different from you.

From Outreach Magazine  Walking in God’s Known Will

The suffering of Asian Americans is something that Black Americans can relate to and empathize with deeply. Rather than drawing on comparisons, groups can draw on their shared experience in order to work together in solidarity towards the shared goals of bettering our society’s treatment of its own people. The church must seek out opportunities to speak out against these dismissive and dehumanizing ways of categorizing people and cultures. The church professes a savior with brown skin who was marginalized, labeled, categorized, and questioned. Jesus too was placed in a box, so much so that people asked, “Can anything good come from Nazareth?”

The Church is led by the gospel; it has an obligation to declare that all persons of color, created by God, are worthy of equality, equity, and justice. If it does not, the Church stands to become complicit in the mistreatment of Black and Brown persons. Additionally, it will be complicit if it only promotes Black, Indigenous, and People of Color (BIPOC) who are successful, while forgetting those who struggle because of systemic injustice and oppression. The scripture tells us clearly that we must ‘uphold the cause of the poor and the oppressed’ (Psalm 82:3) – this is not a suggestion, but a call to strive for a Jesus-like life of unconditional love and justice.

There is a tendency among White circles and churches to use the model minority myth to reduce the discomfort that comes from considering the severity of the oppression that institutional systems still inflict on Black and Brown people. There is a tendency to focus on the “one-in-a-million” stories that inadvertently reinforce the harmful idea that equal opportunities are available for all if only they work hard enough. It spotlights those who are considered “model minorities,” while throwing the rest out of focus and diminishing the disproportionate struggles of racial inequality that affect people of color. Just because one BIPOC individual has been successful, we need not use that person’s success to discredit the millions of other people who suffer from systemic issues.

From Outreach Magazine  Lie 3: You’re Saved by Jesus’ Death on the Cross

The model minority myth has contributed to the gross suffering of minority groups caused by particular misconceptions that blame Black people for their own oppression and social situations. The American racial frame has been inclined towards white supremacy, as seen in the critical sector of human rights. For instance, Patrick Warren’s family had called for psychiatric support during a mental health crisis, but the tragedy that resulted was Mr. Warren being shot and killed outside his home by the police officer who responded to the call. In another gruesome instance, twenty-three-year-old Elijah McClain was killed after being placed in a now illegal chokehold by police and being sedated. This loss of innocent life happened because a call was made because reporting Elijah to have ‘looked sketchy’. It is clear to see how perpetuating stereotypes, whether that is the idea that certain minority groups are more likely to be successful and upstanding citizens or that other groups are more likely to be unsuccessful and even criminals, is deeply harmful. If the Church does not both challenge and break away from engaging in the model minority myth. If not, it will continue to uphold forms of oppressive white supremacy.

Despite the rapid globalization and multicultural nature of society, racial disparity and institutional injustices are still deeply rooted in our culturally diverse nation. I believe more stories of everyday BIPOC persons who work to lift up their communities should be celebrated every single day and month, not just during black history month or a specialized day or month. Rather than using stories of the rare instances of breakthrough success in order to silence the systemic collective struggle, let us speak out and emulate those who dedicate themselves to speaking up for those whose voices have been silenced.

Only when we celebrate individuality and togetherness will we begin to dispel these myths that continue to harm us. Jesus honored the stories of those to whom he was personally close to those whom he ministered to. We must do the same.