Home Resources Is Singleness an Advantage in Ministry? 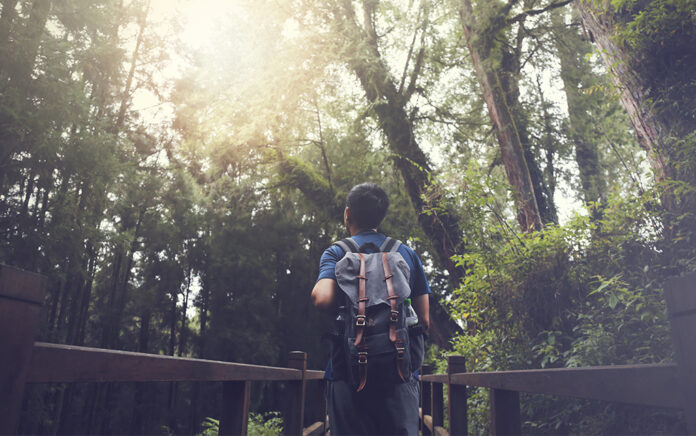 Pastors being single is not prohibited by Scripture, nor is singleness necessarily a hindrance to effective gospel ministry, even in contexts where the majority of people are married. But there is another reason that singleness might, in fact, be an advantage in ministry. Paul describes it at length in his famous treatment on marriage and singleness in 1 Corinthians:

There was an obvious parallel for Paul and his readers here with the way many eunuchs served in the ancient world. For kings, eunuchs were desirable servants because they had no heirs. They would not be able to establish any rival dynasty to the king’s. But more than that, as Barry Danylak writes:

The eunuch was also a model of devoted service because he was without the distractions of marriage and family. No personal family matters competed for his allegiances. He could afford complete, unhindered loyalty to his king and his king’s concerns.

Danylak therefore wonders if Jesus commended the eunuchs (see Matt. 19:12) because “the historical figure of the eunuch was a paradigmatic model of what such undivided loyalty to the king looked like in the ancient world.”

Paul can therefore talk about the unmarried person being “anxious about the things of the Lord.” What these “things of the Lord” are, Paul also describes as “how to please the Lord.” There is a way a single person is able to give him- or herself to the work of God’s kingdom that is unencumbered from the proper concerns that should occupy someone who is married. What this looks like clearly varies from person to person. Much depends on the skills and opportunities God has given us.

Personally speaking, I can see some clear ways in which singleness has enabled me to serve Christ that would not be the case if I were married. I am able to be away from home more easily; I don’t have to think about the impact of my absence on a wife or children. This has meant that I’ve been able to serve in a much wider range of contexts and for greater periods of time than someone who is married. When I am at home, I can be more available to my church. It is easier to drop things at a moment’s notice if there is an urgent need or someone who needs visiting. I am able to be freer with some of my weekends and evenings.

From a logistical point of view, it is much easier to be flexible as a single person than as a married one. Trying to get a young family out the door is virtually an all-day event. By the time things have been packed for every conceivable eventuality and the last kid has finally got her shoes and coat on, someone decides he now needs the bathroom, and by the time he’s finished, someone else will too. I’ve seen parent friends of mine physically age in the time it takes to get a clutch of infants from one side of the front door to the other. Trying to maneuver a family is like trying to turn a Mack truck around.

By contrast, some of us singles can turn on a dime. The day of a friend’s wedding a while ago, I suddenly realized I’d lost track of time and had only ten minutes to get ready and leave the house. The only challenge was working out what to do with the remaining four minutes once I was ready. Sometimes we singles can be not only more flexible but also more responsive than our married friends.

There is a danger here, of course. This kind of freedom, when it comes with enthusiasm for ministry and lots of energy, means we can neglect giving time we need to building up friendships and investing in community. I know many single people in Christian ministry who have struggled with this. Church events typically take place on weekday evenings and over the weekends, so this can restrict opportunities to develop and build ordinary friendships in the wider community.

If singles live at home alone, then there is not the same built-in social unit that those with their own families can automatically fall back on. A quick meal with someone before heading out for an evening meeting, or even some snatched time with someone for a quick catchup, needs to be planned and arranged in advance. If we don’t plan things ahead of time, a day off can easily roll around, and we find we have nothing to do, and it is too late to find someone to make plans with.

This can be even more difficult for those on the more introverted side of things. If we have invested heavily in others during the week, we may feel relationally “spent” by the time it comes to a day off, and it can be too easy to use the day to recover energy on our own. If this becomes habitual, then the lack of deep friendship and community will brew into a crisis. This is something churches need to give thought to, so that singles in pastoral ministry have enough time and sufficient relational capital set aside in a given week to build friendships.

Similarly, if the single person lives alone, sometimes the only time to realistically catch up on chores is a day off. Laundry, housework, grocery shopping, and fixing things around the house all take time, as many a housekeeper knows. Many in pastoral ministry have a spouse to help, a wife who doesn’t work and who kindly carries most of this noble, God-honoring task.

Single pastors may need more than the standard time off from ministry in order to do this work. Some churches provide singles on their staff an extra half-day off from church work for this very reason. The danger otherwise is that churches might seek to maximize the flexibility of their singles without supporting them in these other areas. Provision by a church family for the singles on staff needs to go beyond mere remuneration.

Content adapted from 7 Myths about Singleness by Sam Allberry. This article appeared on Crossway.org; used with permission.