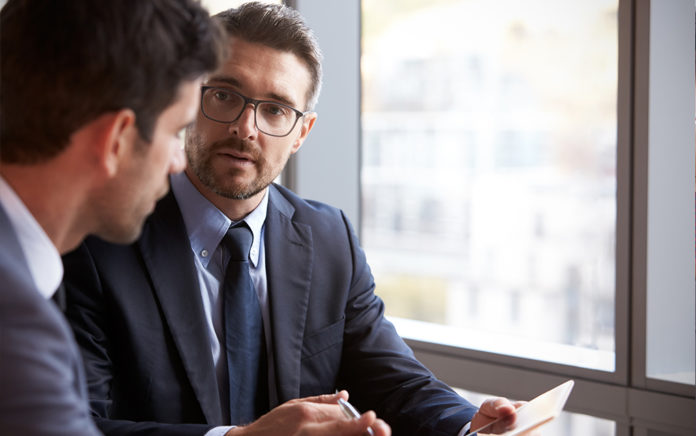 How to balance the dual callings of leaders to be servants while wielding authority.

Pastors, more than any other kind of leaders, deal with a unique tension: How do I lead as a servant, yet act with enough authority to get things done and manage the conflict around me?

Mastering this dichotomy is one of the keys to unlocking your leadership effectiveness. And the more effective you are as a pastor, the healthier your church will be as it accomplishes its mission.

A BIBLICAL VIEW OF HUMAN AUTHORITY

People are inherently authority-based. The whole world runs on authority. You can’t drive twenty feet without being under the authority of the speed limit, right of way, and other rules of the road. Government is nothing but an authoritative body that carries out certain functions.

As a leader, do you truly grasp the authority of your position? It has been given to you with certain requirements and responsibilities. People expect certain things from you, and they want to see you exercise the prescriptive “power” of your calling.

Have you fully inhabited the positions of authority you occupy in all areas of your life—not just in the church? Being a husband, parent, spiritual leader, teacher or whatever you’re called to do require a measure of determination to do them well.

Are there any areas where you’re too passive?

Let’s look at some verses that help us understand God’s view of authority.

1 Chron. 26:6—Shemaiah had sons with great ability who earned positions of great authority in the clan.

Prov. 29:2—When the godly are in authority, the people rejoice. But when the wicked are in power, they groan.

Matt. 10:1—Jesus called his 12 disciples together and gave them authority to cast out evil spirits and to heal every kind of disease.

Matt. 16:1—One day the Pharisees and Sadducees came to test Jesus, demanding that he show them a miraculous sign from heaven to prove his authority.

Matt. 28:18—Jesus came and told his disciples, “I have been given all authority in heaven and on earth.”

Luke 7:8—I know this because I am under the authority of my superior officers, and I have authority over my soldiers.

Rom. 13:1—Everyone must submit to governing authorities. For all authority comes from God, and those in positions of authority have been placed there by God.

From Outreach Magazine  Going with the Flow: The River

1 Peter 2:13—For the Lord’s sake, submit to all human authority.

Here are three things to notice in these passages:

1. Everyone is under some other authority. Everyone.
2. Authority is given to people; you can’t create it for yourself.
3. People earn the authority given to them.

These verses give us a picture of servant leadership but also of serving with authority. When we are given a position that carries a certain scope of authority, we are meant to exercise it. To be passive is to be disobedient and shirk our duty; we must enter into the power given us and perform as the higher authority over us expects.

As servant leaders, we serve not only the people that follow us, but we serve those over us—and ultimately, we serve God.

Servanthood looks different in all three of these cases:

1. Serving our followers: Protect them, meet their needs, guide them, give them clarity of purpose, encourage them, discipline them, give them meaningful work.
2. Serving those over us: Be obedient; go the extra mile to do more than they ask.
3. Serving God: Heed his will more so than our own or anyone else’s; listen for his voice, obey even when it doesn’t make sense; have faith; worship him; become a true servant to his people; sacrifice our desires and die to ourselves.

There are, of course, many similarities between serving the authorities over us and serving God as our ultimate authority.

Authority starts with him and cascades down through generations and organizations and families and churches. He is the spring that turns into a river that becomes a waterfall.

A BALANCED APPROACH TO MANAGING STAFF

How should we wield our authority when it comes to managing our staff? Is there a single biblical maxim we can tack up on our wall and remind ourselves of every morning?

I’m going to offer you one: I build my authority by building other people up.

This is a biblical philosophy of authority for dealing with staffing issues. It’s based on two verses:

I may seem to be boasting too much about the authority given to us by the Lord. But our authority builds you up; it doesn’t tear you down. So I will not be ashamed of using my authority (2 Cor. 10:8).

I am writing this to you before I come, hoping that I won’t need to deal severely with you when I do come. For I want to use the authority the Lord has given me to strengthen you, not to tear you down (2 Cor. 13:10).

When we build people up, our authority grows in the eyes of those we lead. Then, when we need to do something difficult, we have the trusted authority to do so.

I build my authority by building other people up now.

I want to stress that additional word on the end—“now.” We build now for later use. We invest now for a future return. We sow now so we can reap later. We work now in anticipation of receiving our wages later.

We must build people up now.

The opposite is true too: We lose authority when all we do is tear people down.

There are consequences for current actions. It’s like building up debt that we keep putting off until the bill becomes so big it drives us to bankruptcy. It’s like living your own life without any belief in God, and when you get to the other side, you’re surprised by his judgment.

How many times have you either been under a leader or observed a leader that habitually tore people down, and ultimately those people left?

How will you build up the people who follow you? Think of some new ways to encourage them:

1. You can give them an important assignment and trust them to do it.
2. You can go on vacation and put things in their hands for a few days.
3. You can promote them.
4. You can simply greet them and make them feel like you care.

There are lots of ways to build someone up.

Wield your authority to build your people, and they’ll in turn build the organization. This is what leadership is all about.

When you empower others, your own power increases. #leadership