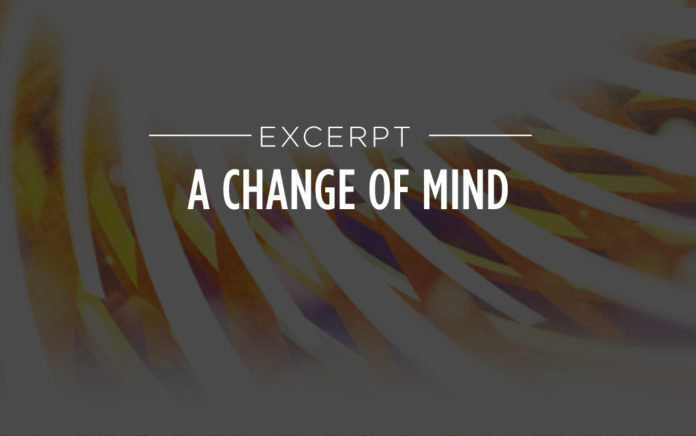 Excerpted From
Longing for Revival
by James Choung and Ryan Pfeiffer

Sometimes we trade hope for something else. Hope can feel too passive. It trusts and waits that something or someone else can fix our problems and find a way.

So we often try, instead, to take things into our own hands. It’s tempting to rely on a technical or strategic fix for almost everything. And sure, sometimes, that might be precisely what we need.

But we know deep down that spiritual breakthrough won’t come from the latest marketing scheme, the most effective social media strategy, the strongest preaching series or even the best tactics of vibrant ministry.

We need something far deeper. We need revival. Now, if hope is a dangerous word, then revival can feel outright murderous.

Revival elicits strong reactions. It’s hard to ignore. Maybe for you, it’s the longing that has filled countless nights of prayer. It grabs you in the gut, in the deepest parts of your soul. You have the kind of faith that wants revival to sweep through your life, your community, your nation and the world. And you won’t rest until you get it.

Or perhaps, the talk of revival, like Newtonian physics, creates an equal and opposite reaction, increasing the anxiety and fear that we’ll “shake and bake” in church aisles and say God “showed up.” A historian wrote, “Aren’t revivals quirky folk rituals associated with rural America and 19th-century camp meetings? Didn’t they pass out of fashion with hula hoops and Edsels?” You might be worried that youthful or grandiose passions will be stoked, only to eventually fizzle out. Perhaps most insidiously, like the Shunammite woman, you’re afraid that hope will be ratcheted up, only to disappoint in the end. Ryan and I have felt all of those things. I preached against this word, remember?

So when Ryan started bringing up revival with me a few years ago, I have to admit my heart was as open as a fist. I had heard it all before. But we had been in ministry together for almost two decades, serving college students throughout the country. We had witnessed a local revival together as over 4,300 students in San Diego County would give their lives over to Jesus over the span of a decade and a half, and many would mature to become world changers in his name. I just didn’t want to call it revival.

We were already good friends and trusted ministry partners, and we had seen God move powerfully. So little by little, I started to listen more to what he was saying. As we went along, we invited others to learn about and pray toward revival. We were deeply surprised to find that our movement was listening as well. I serve as a national leader for InterVarsity Christian Fellowship USA, leading strategy and innovation, and through much prayer and discussion, our national movement is now chasing this calling for the next decade: “Longing for revival, we catalyze movements that call every corner of every campus to follow Jesus.”

We know that we’re not going to strategize our way to revival. Instead, we need to learn how to long for revival and help steward it, if it comes. Much of this book comes from Ryan’s research, thinking, and prayers, and I’ve come along to nuance the ideas and help broadcast these teachings far and wide. We’ve both taught this material often, and as we’ve met almost every week in the writing of this book—spending much of our time in prayer as well as discussing the book—we’ve found ourselves strongly encouraged. So we hope that this writing represents not two voices but the Spirit’s one voice through us and that it will be an encouragement to you.

This book, then, is an invitation: Will you long for revival with us? It’s important to long for revival for a few reasons: First, it has some biblical basis. The psalmist prays, “Will you not revive us again, that your people may rejoice in you?” It’s right there: a prayer for the revival of the Jewish people and their faith in God. We’ll make a stronger biblical case throughout the book for the concept of revival, but for now, wouldn’t that be a great prayer for the Christian church?

It is also historic. From Pentecost to the present day, revivals have dotted the timeline of Christian history. There were times when Christian spirituality seemed to recede into the background, but when revivals arrived, new movements sprouted up that brought spiritual vitality back to the church—from the Franciscans to the Moravians to the Pentecostals to the Korean Presbyterians to the East Africans.

It could be strategic. Eighteenth-century pastor Jonathan Edwards saw the strategic nature of revival. As recounted by professor Richard Lovelace, Edwards believed, “Every major advance of the kingdom of God on earth is signaled and brought about by a general outpouring of the Holy Spirit.”

And in the 21st century, Christianity hasn’t died away, although much of its center has shifted away from the Western world to Africa, Asia and South America. In his book Global Awakening, Mark Shaw shows that Christianity is surging worldwide, and he believes that revival is the main delivery system for this tremendous growth: “Global revivals … are at the heart of the global resurgence of Christianity.”

From Outreach Magazine  Why Young Evangelicals Are Turning to Catholicism

Revivals are happening all around the world. And I don’t want to be someone who’s on the outside looking in. What if we were understanding and preparing ourselves, so that if revival were to come through our lives or land, we could be ready to be a part of it? Perhaps more importantly, revival is a powerful word.

Our culture tries to co-opt the word. The word revive is used in all kinds of marketing from skin care to skateboards, craft beers to conferences, massage spas to mattresses. Even pop albums are titled Revival. It’s almost a commercial cliché. But more deeply, to revive something means that it must’ve been either dead or close to dead. Life had seeped away. Lungs stopped breathing. Hearts beat no longer. Flesh rotted away so that all that could be seen was a valley of dry bones. Something died within us or around us.

When something is revived, however, it comes back to life. It’s resuscitated. In faith-speak, it’s resurrected. We seek that kind of resurrection in our lives, communities, societies and ultimately, throughout the world, because right now, much of it reeks of death.

The world needs leaders who are resuscitated, resurrected, revived. No revival has happened in history without revived people. We need leaders who know how to help others be revived, and that’s not going to happen merely with good management principles, solid plans and execution, or clever social media campaigns. Sure, they can be important and helpful, but they are merely the skin and bones. Revival needs to be infused with breath, blood, soul and life. And that only comes through God’s Spirit.