Home Resources Books Christmas in the Park With Our Homeless Friends 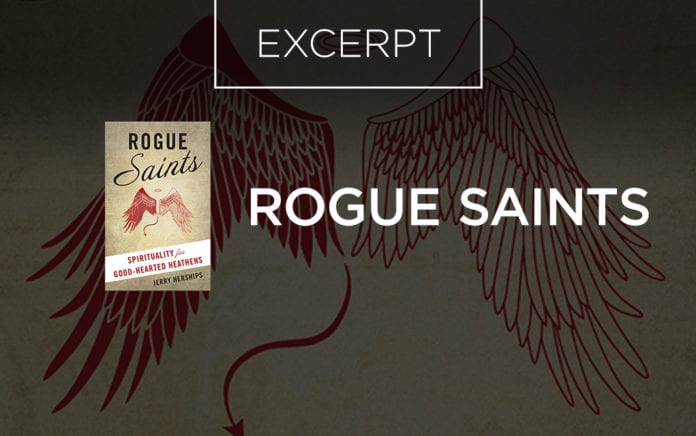 Each year we host an enormous Christmas celebration in the park that has showed us how much people want to serve.

Christmas in the Park is our gateway drug to social justice. One day in December has proved this year after year. And it began with a simple premise: Make Christmas suck less.

Not that Christmas sucks. For the vast majority of people, Christmas is amazing. We are with family, visiting their homes or welcoming them into ours. There is more food than we know what to do with, and more often than not, enough booze to host a standard tailgater. We are almost always surrounded by either family or people we like (both, if we are lucky). Usually we get gifts, and sometimes they are even good. On top of that, if your life has any kind of a Christian bent, you get the birth of your Savior. All in all, it’s not a bad way to spend the day.

Unless you are homeless. Then it sucks. There is usually no family around, no warm house with lots of food and certainly not tailgate portions of liquor. Gifts are nowhere to be seen, never mind if they are good. And to top it off, if you do have a religious leaning in your life, many times you are struggling hard to figure out what you did to piss God off so much that he made you homeless.

About nine years ago, a group of about eight of us thought, “Man, it’s gotta suck to be homeless on Christmas Day.” (And yes, we were well aware that it ain’t a knee-slapper the other 364 days of the year.) We thought about things we could do to change that.

It was out of this that Christmas in the Park was born.

Fast-forward nine years later. Over 700 of our friends without homes showed up and got just about anything you could think of under the sun, short of a new car and a place to live. We gave away over 500 winter coats and more than 700 sleeping bags. With two grills, we grilled more than 1,200 cheeseburgers in just over three hours— that is more than 400 burgers an hour. Your local McDonald’s isn’t knockin’ out that kind of flow.

More than 500 volunteers came together and brought whatever they had. Some brought egg salad sandwiches, toothbrushes, toothpaste, hand warmers (it was 26 degrees this Christmas—they went fast). There was men’s underwear and socks and gloves and hats and scarves and boots. There were over 200 rolls of duct tape and more tarps than I could count. There were piles and piles of jeans and hundreds and hundreds of backpacks. There was hot chocolate and coffee and candy and carolers. Hell, even Santa made an appearance.

There was Communion too—lots and lots of Communion (although the grape juice almost froze—kind of a blood of Christ slushee).

We even had a port-a-potty. From a distance, it really did look like a huge tailgate party. And it kinda was. It was a tailgate party for the little baby Jesus.

All three of our local TV networks came out, and the Denver Post did a really nice piece on us. All in all, it was a great day.

I don’t say this to pat ourselves on the back. We had a lot of snafus, like we do every year: walkie-talkies that are useless, people in lines who sometimes push and shove, stuff that runs out, and—this happens every year—someone who comes late and doesn’t get anything.

We started small and kept at it. And we grew and grew and grew. Now we have flags designating “shopping areas,” and yellow reflective vests, and megaphones, and did I mention the port-a-potties? When you bring your own toilet, it’s a serious party!

I want to be clear: This is not an event for the homeless; it is an event with the homeless. This event doesn’t just make Christmas a little better for those standing in line waiting for a subzero sleeping bag. It changes the people giving away the sleeping bags too—and the hot chocolate, and the egg salad sandwiches, and the duct tape, and the fresh grilled cheeseburgers.

It’s helping all of us. We are all broken. We just need fixing in different ways.

It reminds me of what Christmas is, and what it isn’t. It reminds me that as Mike Slaughter has pointed out, Christmas is not your birthday. It is Jesus’ birthday, and what Jesus wants for a present—that day and every day—is for us to love each other like he loved us.

We have gotten this holiday flipped 180 degrees since its inception. It’s not about what you grab under the tree and rip open. It’s about what’s in your hands that you then give away.

And it is so easy to forget. This year we had some additional reminders. We had the local business community. We had local bars putting out bins to collect clothes in the weeks leading up to the event. We had truck rental companies giving us free trucks to take the coats and sleeping bags downtown. We had pubs loan us trashcans to distribute throughout the park. We had a tavern completely underwrite our entire Christmas fund-raiser so that we could put all our money back into what we do best. Coffee and hot cocoa were donated, along with thousands of dollars’ worth of winter coats and gear from Patagonia.

What all this tells me is that people are hungry to do good. We are hungry to make a difference. We are hungry to help the hungry. We are starving to change the world for the better. All we have to do is provide the vehicle. I am convinced that after nine years, this event doesn’t need me—and that’s a good thing. It is now running smoothly enough that if I were to get hit by a bus tomorrow, Christmas in the Park would still be going strong year after year.

We don’t have to drag people. People are waiting. As proof, we know of at least two other cities (Colorado Springs and San Diego) that have started their own giveaways on Christmas Day. We have watched it grow. Now we are watching it spread.

Folks, Christmas in the Park can take place in any city, big or small. You can help make it happen. If you want to connect to something bigger and you can’t find it, make it.

Seeing people on both sides of the grill with tears in their eyes? Money can’t buy that.

One woman said, “I rarely if ever see tears in my husband’s eyes. Today after helping out, I saw his eyes well up.”

I saw people take it upon themselves to just pick up trash. That was their whole gig. Every time I saw Chris or Mandy, they were either hauling trash away or they were filling a trash bag with things people left behind. It takes a special kind of humility to spend most of your time with the homeless picking up their trash. And make no mistake: they were picking up an equal amount of trash from the volunteers; 1,200 people can leave a lot behind. When we left, the park was cleaner than when we got there.

This year we tried something new. We found people to volunteer to go through the line with anyone who might need extra assistance. We told people that if they wanted to and felt comfortable, they could go to a designated spot and have a concierge walk with them through the line and help them “shop.” To sit back and watch how kindly and compassionately these volunteers walked the line with folks and helped them shop with a bit more ease and a bit more dignity restored my faith—again.

Get out into your community. Find your peeps. Find a way to serve. Your life will be changed. I promise.

The Essential Guide to Reopening Your Church 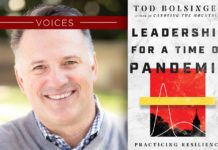 Tod Bolsinger: Leadership for a Time of Pandemic