Home Resources Books Honor Those With Whom You Disagree 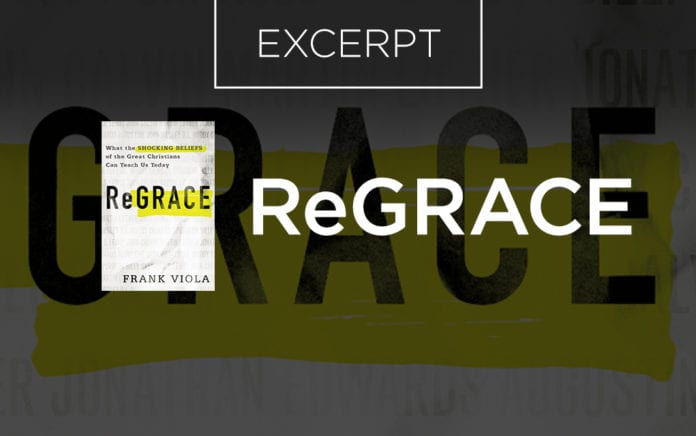 Instead of disparaging those with whom we disagree, we need to treat them with honor.

Excerpted From
ReGrace
By Frank Viola

We’ve all seen it. The belligerent throw downs where Christians take the gloves off with fellow believers over doctrinal, theological and political differences.

Many of them can’t walk away from a fight or lose. Instead, they either pour coals on an already roaring fire or they bring in the gasoline trucks. For this reason, it’s time for us to recover the lost art of agreeing to disagree.

The Enemy gloats when God’s children are at one another’s throats over their petty disagreements. But forfeiting a relationship over a disagreement effectively dismantles the words of Jesus:

“By this everyone will know that you are my disciples, if you love one another.” —John 13:35

“That they may be brought to complete unity. Then the world will know that you sent me.” —John 17:23

John Wesley was the first to put the phrase “agree to disagree” in print in the eighteenth century. George Whitefield was his sparring partner, and Wesley attributes the phrase to him. Here’s the quote: “If you agree with me, well: if not, we can, as Mr. Whitefield used to say, agree to disagree.”

In light of the doctrinal disagreements between Wesley (an Arminian) and Whitefield (a Calvinist), someone once asked Whitefield if he thought he’d see John Wesley in heaven. Here is Whitefield’s reply: “I fear not, for he will be so near the eternal throne and we at such a distance, we shall hardly get sight of him.”

This statement reveals the spiritual stature of George Whitefield.

To recognize the place of another servant of God in the kingdom despite doctrinal disagreements is an evidence of a person who walks with God.

From Outreach Magazine  Outreach Resources of the Year: Church

To speak well of another servant of God, honoring them in public even, is a mark of spiritual greatness and Christlike humility. This is especially true when we have significant disagreements with their theology (or their politics).

To have the insight to see when God’s hand is on a person and using them, despite the doctrinal differences we may have with them, is a sign of someone who knows the Lord well.

Whitefield’s remark about Wesley is rare to see in our day where bickering, casting aspersions and dismissing (in particular) are the order of the day when it comes to theological disagreements among Christian leaders.

Let’s take our cue from Wesley and Whitefield when encountering a disagreement with a fellow believer. Learn the art of agreeing to disagree. When it comes to countless doctrinal, theological and political disagreements, most of those hills aren’t worth dying on. (Indeed, there are times when we should dig in our heels on a point of orthodoxy, but not to the point of violence—either physical or verbal.)