Home Resources Books How You Can Be a Mentor 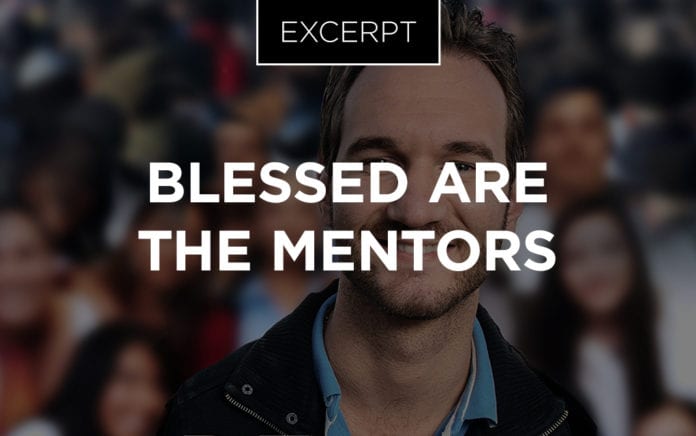 Being a mentor for someone else is as simple as having the humility to share the lessons you’ve learned through your faith walk.

Excerpted From
Be the Hands and Feet
By Nick Vujicic

Blessed Are the Mentors

Jesus came down to our world to atone for our sins. The Son of God also was sent “to save the lost.” He was the first and the ultimate spiritual mentor on earth, and it is a duty and a great blessing for every Christian who is secure in faith to serve as a role model and, if possible, become a mentor for those still in need of a path to eternal salvation.

God’s Son ensured that his work would continue by serving as the mentor for his twelve apostles. As we are told in Luke 9:1–2, Jesus “called the twelve together and gave them power and authority over all demons and to cure diseases, and he sent them out to proclaim the kingdom of God and to heal.” He also gave them detailed instructions on how to do that, even telling them what not to pack for the road when they traveled to preach the gospel: “No staff, nor bag, nor bread, nor money; and do not have two tunics” (v. 3).

Now that is some serious mentoring advice! Jesus set the example with his disciples who multiplied his work and spread his teachings after his death, resurrection and ascension. They also encouraged others to be mentors. In the Bible, Peter says we should be “examples to the flock.”

I believe all Christians have a duty to serve as guides and encouragers to others, nonbelievers and believers. They should step into that role once they are in a personal relationship with Jesus Christ and have reached a point where they have valuable experiences and expertise to share. In my case, the timing snuck up on me. I had never thought of myself as a role model or mentor until younger people began coming to me for advice and guidance.

I was busy building and pursuing my career during my teens and through my 20s. I considered myself more a student than a teacher during that period of my life. Yet as I matured in faith and developed my purpose, mentoring came naturally to me when I was approached by younger people who wanted to become public speakers, ministers, missionaries or evangelists. I realized in my 30s that I was mentoring people without knowing it and that I actually had enough experiences and accumulated wisdom to help others.

I wouldn’t feel worthy of that role without God’s help and the Holy Spirit’s guiding. My role as a spiritual mentor is modeled on that of the apostle Paul, who said in 1 Corinthians 11:1, “Follow my example, as I follow the example of Christ.” Mentoring isn’t always easy, even with help from the Holy Spirit, because I am a mere human and therefore not perfect, neither as a man nor as a Christian. I can only try to be the best I can and hope I keep growing in faith and improving in God’s eyes, and that is all I ask of those who seek guidance.

Blessed Are the Humble Who Mentor

I enjoy mentoring as a way of guiding those younger than myself around the mistakes I made at their age. I always feel refreshed and uplifted when I see them learn and apply the lessons to be better Christians. It’s as if I’ve given them a gift that will make their journey smoother. God created us as a family, so I see anyone I mentor as a younger sibling I want to help. That is the beauty of having a family of God. We look out for each other.

The Christian philosopher C.S. Lewis had another way of looking at the mentoring role: “Think of me as a fellow patient in the same hospital who, having been admitted a little earlier, could give some advice.” I like that humble approach. Humility is an essential part of being a mentor. If you present yourself as infallible and all-knowing, what could anyone hope to learn from you?

The mentor who claims to have never made a mistake isn’t a mentor anyone should want to follow. I look for mentors who have taken risks, stumbled now and then, and learned lessons in the process, because I believe they can help me avoid making the mistakes they made. I’ve always been up front about my flops and failures, and the lessons I’ve taken away from them make me a better mentor.

Mentoring is not the easiest thing to do. It takes time and serious thought, because you don’t want to steer someone down the wrong path or give them out-of-date or just bad information. It’s easier to give by writing a check as a donation or volunteering at a soup kitchen, certainly. Taking someone under your wing and serving as a confidante and spiritual guide for an extended period is much more challenging and time consuming. Sometimes when I suggest mentoring to other Christians, they say they aren’t qualified or strong enough in faith, but anyone who has expe Nick Vujicicrienced a long journey of faith can impart godly wisdom, encouragement and support.

Mentoring can be as simple as having a cup of coffee with someone every week or two and sharing thoughts on how to follow a godly life. Or it can be as in-depth as working side by side on a project. I’m always glad to help those who may not be as mature in their faith and walk with Jesus Christ. I want to help them be accountable and to grow and be happy in the Lord.

From Outreach Magazine  How to Create Disciple-Making Environments

Excerpted from Be the Hands and Feet: Living Out God’s Love for All His Children. Copyright © 2018 by Nick Vujicic. Published by WaterBrook, an imprint of Penguin Random House LLC.