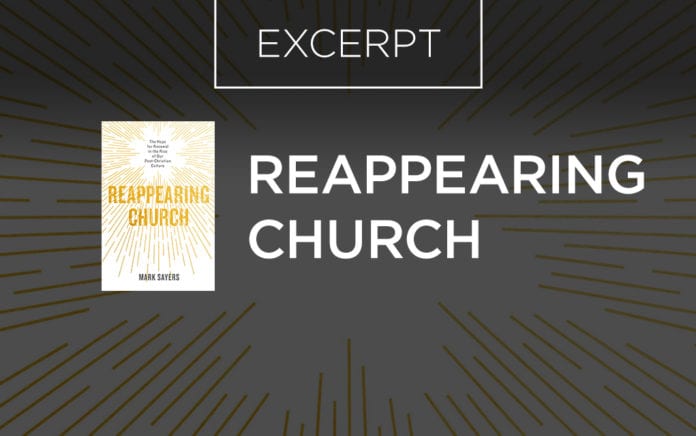 The church needs renewal, but we must be careful to follow the Spirit of God rather than secular renewal programs.

Stagnation or decline occurs with cultural Christianity, where faith is simply something passed on with a cultural identity—the American evangelical, the English Anglican or the Croatian Catholic. Nothing is more beautiful than a culture or nation baptized in the way of the kingdom, yet nothing is uglier than when faith is confused with the power claims of a culture or nation.

Cultural Christianity then moves into the toxic territory beyond dead orthodoxy, exacerbating hypocrisies, and the distance between the universal plan of God to fill the world with his presence and cultural forms of Christianity grows.

Inevitably such hypocrisy leads to a crisis. Either the movement or church dies, or the crisis of the corruption of cultural Christianity kicks in. The gap between what is taught and lived leads to dissatisfaction. Dissatisfaction has the potential to ferment into a holy discontent.

First, this holy discontent grabs an individual. Then a handful. Soon, a minority, who in their holy discontent goes searching and reconnects with the vision of a vital Christian faith, inspired by Scripture, the Spirit and the great models of renewal and the vital Christianity of the past. This remnant gains momentum, growing into a renewing impulse, throwing themselves back onto the mercy of God. The flesh is fought and expelled. People cry out again to God, at the end of themselves and realizing their helplessness without heaven’s help.

Lived realities that transform hearts, churches and communities. A new release of vital Christianity into individuals’ lives and churches. “Believers break through complex, abstract, obscure theology and get to the basic practical truth of the Scriptures,” observes Lewis Drummond, noting that this does not mean that renewal creates an anti-intellectual climate but instead “an empirical, purely rationalistic theology that downgrades the transcendental elements of Christianity are laid to rest in awakenings. People become vividly alive to the fact that the sovereign miracle-working God is among them.” This may happen on a small or large scale. Lives, churches, movements and communities are reformed and rebuilt after previous collapses and crises. A new world of solidity and vitality grows into being. Formation and presence are still held alongside each other in a fruitful, creative tension. While this continues, renewal and new life will be normative.

Renewal can also run into toxic territory when it falls into the other temptation that Paul warned about—losing itself in the freedom that comes with the gospel and indulging in the flesh. The same renewal process occurs in the description above, but instead of falling back into dead orthodoxy and cultural Christianity, the renewal energy hurtles forward beyond the boundaries of orthodox faith. The historic tenets are jettisoned, Scripture ignored, in place of the sacred scripture of contemporary Western programs of social renewal.

From Outreach Magazine  Samuel Rodriguez: You Are Next

The Enemy, content when Christians stay frozen in stagnation, will do everything he can not to wake the believers, lest they again realize their true purpose as carriers of the presence.

However, when holy discontent turns into a renewing impulse, like a judo master, Satan’s effective tactic is to throw that energy beyond a move of God, running ahead of his presence.

Hurtling out beyond orthodoxy and into a humanly driven project of renewal will inevitably trend first into heresy and then lead into decline. A diminishing of the Word occurs, and the voice of the Spirit is confused with the spirit of the age. Worldliness takes over, secular renewal energies are mistaken for moves of God.

It is a sobering thought that North Korean dictator Kim Jong Un’s grandfather Kim Il-sung was born into a devout Presbyterian family, which was part of the generation of Koreans touched by the revival that broke out on the peninsula. As their country suffered invasion and poverty, young Christians began to infuse their faith with the secular renewal energy of Marxism. Kim Il-sung was one of those Christians, eventually creating the brutal totalitarian state that exists today.

Ultimately the slide into heresy and decline will either kill a movement, or the crises and decline created will lead to the kind of holy discontent that leads to a renewal dynamic. Without an immersion in the presence, the cycle begins again, often operating in different parts of the church simultaneously. Each extreme reacting to the other. Repelled by the descent into heresy of some of their fellow Christians, some will react by pushing further into religiosity, which only forces those drifting into irreligiosity further into their heresies.

Understanding these dynamics, we can see how our system trends toward decline. We see the desperate need for renewal, yet we can also sympathize with William J. Abraham when he cautions us that “renewal then is often a paradoxical affair. It is a sobering thought to ponder that sometimes our best efforts wreak havoc in the body of Christ.” The flesh can become enflamed as the energies of renewal are released. Therefore, we can understand when Abraham warns us that “often, the medicine does more than we intended. Again and again leading personalities or major movements have appeared who have identified some deep problem in the life of the church. They propose and implement a solution. The solution then takes on a life of its own, so that across the generations it has led to other, equally serious problems.” One can’t help but wonder if renewal itself needs a renewal, a baptism in the presence, in order to be washed clean of the workings of the flesh. Despite his soberness about the history of renewal, Abraham still urges the church to engage in a “long-haul, persistent, cross-generational renewal.”

What would that look like our in our moment?

Adapted from Reappearing Church: The Hope for Renewal in the Rise of our Post-Christian Culture by Mark Sayers (©2019). Published by Moody Publishers. Used by permission. 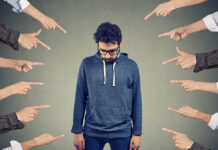