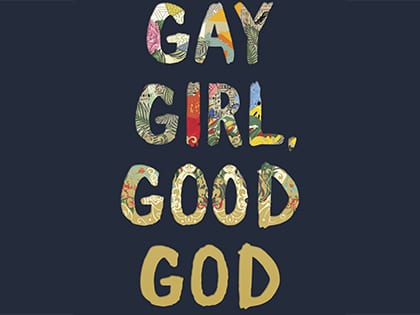 Jackie Hill Perry: The Story of Who I Was and Who God Has Always Been

WHO: Jackie Hill Perry, a writer and artist.

SHE SAYS: “Someone trying to pursue heterosexuality and not holiness is as far from right standing with God as someone actively pursuing homosexuality.”

THE BIG IDEA: The author shares her life story and how God called her to live in holiness.

THE PROGRESSION:
In Part 1, “Who I Was,” the author shares her life experiences, which led her to living as a gay woman. Part 2, “Who I Became,” tells what happened when she accepted God and how her life changed. Part 3, “Same-Sex Attraction AND …” explores from the author’s point of view how same-sex attraction relates to identity, endurance and the gospel.

“I know now what I didn’t know then. God was not calling me to be straight; he was calling me to himself. The choice to lay aside sin and take hold of holiness was not synonymous with heterosexuality.”

A CONVERSATION WITH JACKIE HILL PERRY

What led you to write your story?

There are several reasons, but the primary reason being that I wanted to be another example of the power of the gospel. Since becoming a Christian, I’ve consistently shared my testimony publicly and have seen God use it to draw others to himself. Even though it may seem that my testimony is my testimony, it’s actually more than that. It’s a story of redemption that points to the reality of a Redeemer. And for that reason, I needed to write so that he could be made known.

What do you hope those in the church learn from it? What about those that are struggling with same-sex attraction or are in the LGBTQ community?

For those in the church, I wanted to elicit a sense of empathy. Not an empathy that is affirming of sin, but an empathy that springs from knowing more about what it means or even how it feels to be SSA. For those who are struggling (in Christ), I want them to be encouraged. Hopefully, they will walk away even more convinced that God is not only able to save sinners, but he is also able to keep saints. And the for LBGTQ community, I just want them to see God. To be more specific, I want them to see that God wants them. And not just their sexuality but their entire life.

From Outreach Magazine  When Certainties Are Shattered

How would you describe your conversion? From what were you rescued in that moment? What did the following months and even years look like as a result?

My conversion was completely random and unsolicited. I wasn’t looking for God, but he was surely after me. When he met me in my room at 19, by showing me my sin and its consequences, I was also given the eyes to see his glory—not physically but with the eyes of faith. By repenting of all of my sin and turning towards Christ in faith, I was being rescued from the wrath of God and also from myself. After that, the first few years and months were rough. It’s a hard thing to learn how to walk with God when all you know is how to rebel, but God was with me. He used his Scriptures and his church to teach what it meant to love God with everything.

What has life been like after conversion? Are you still tempted by same-sex attraction?

Life is so much better. That’s not to say that there isn’t difficulty, because truth be told, my life got harder when I became a Christian. But as troublesome as it may be at times, I still have joy. I have peace that I never had before because I have God. Am I tempted still? ALL THE TIME. But, my temptations do not have power over me, nor do they define who I am. By his death and resurrection, I can now look at my temptations for what they are: unworthy and powerless. 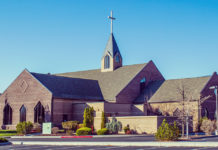 How to Prepare Your Church for Different-Sized Gatherings 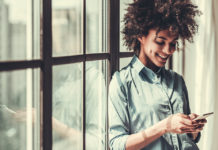 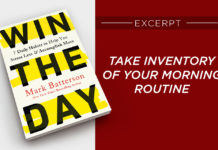 Take Inventory of Your Morning Routine