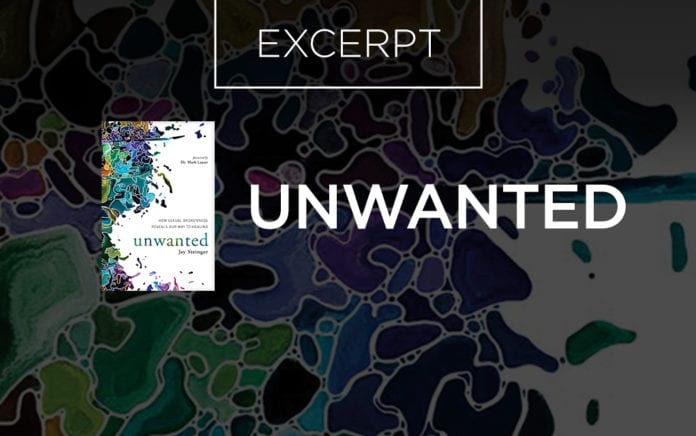 Our desire to ‘honor’ others is often a smoke screen that keeps us from entering heartache.

Excerpted From
Unwanted
By Jay Stringer

The Importance of Honor and Honesty

In the book of Genesis, God creates the world and looks out over all that has been made and calls it “good” (1:31). The one thing, however, that is not good? Adam being alone. In Genesis 2:20, Adam names all the livestock, the birds in the sky, and the wild animals, and you have to guess he observes the animals engaging in some serious mating rituals. You can almost see Adam scratching his head and asking God, “Well, what about me? Is that type of mating behavior for only the animals? God, do you realize there is no one suitable for me?” It is a hilarious verse. God sees Adam’s aloneness and maybe even his befuddlement and begins his crowning act of creation: the formation of Eve.

Adam’s aloneness is rescued through the creation and presence of Eve. She is formed not to serve Adam in the traditional sense but to partner with him in cultivating (ruling and subduing) the goodness of earth. Sexuality allows us to turn away from the constant demands of life and turn toward relationships in order to feel less severed, less amputated and less disconnected in our fragmented world. But sexuality is never complete if it remains inwardly focused. Sexuality turns outward too, cultivating the world around us with the unique identities God has bestowed within us.

As we journey through life, we inevitably undergo formative experiences of disconnection from those who were most intended to bring us into wholeness. Cruelty, abandonment and divorce divide us from our parents. Bullying, abuse and humiliation divide us from our peers. It is in the aftermath of these stories that we live as exiles “east of Eden.” We wander about in search of home but settle for a narcissistic identity reflected back to us from the amount of sex, power and money we are able to obtain. Sexual brokenness is not a life sentence; it is an invitation to heal our wounds and learn who we want to become.

Honor and honesty must be addressed.

Abraham is the patriarch of many of the major faiths throughout the world. He is revered for his personal faith and obedience to go to the land God was calling him to. What we rarely mention, however, is that Scripture also tells us that our patriarch also trafficked his wife, agreed to impregnating a teenage slave named Hagar and then turned out to be a real bona fide coward when his barren wife and pregnant slave started fighting. The honesty of Scripture is shocking. Scripture writers honor Abraham but are equally honest about his shortcomings.

Many families and faith communities have embraced the lie that if we are honest, we could not truly honor, and if we honored someone, it would certainly come at the cost of honesty. When given the choice between honesty and honor, I find that most of my clients are naturally bent, to some degree, to be dishonest about what they have experienced in their families. They favor a type of pseudo-honor and present a rosier picture to themselves and others. They may do so out of virtue, but more often than not, they do so because they fear what will happen to them if they disclosed the truth about their families or communities.

One client, Christy, told me that disclosing the sexual abuse she suffered from her father felt like the most dishonoring thing she had ever done in her life, even more dishonoring than cheating on her spouse. She remarked, “If my family knew I was talking about my dad’s abuse, and if he actually had to address it, our whole family would fall apart. My mom would leave him, and then what would happen to my dad? I think he would be suicidal. The family functions so much better if I just live a lie.” As you can see, honor and honesty are greatly at odds here.

From Outreach Magazine  Why the Church Needs You

If you are prone to separate honor and honesty, it is worth pondering how this division between the two came to be. A couple of questions you might want to consider:

When did you learn to keep honesty and honor separated?

Who taught you that it would be better to honor someone than to tell the truth with kindness and strength?

Who taught you that it would be better to tell someone a brazen truth than to bring truth with deep respect for the other?

What would happen to a family Thanksgiving dinner if you spoke with both honesty and honor?

A genuine mark of maturity is the ability to hold two simultaneous truths together at the same time.

The writers of Scripture recognized that honesty and honor should never be separated. In other words, honor and honesty are intended to be married, so far as if to say there was a private ceremony that brought them into a covenant together. Until you understand that honor and honesty are two sides of the same coin, you will likely be inclined to separate them.

What I have found in my story and with hundreds of men and women is that our desire to honor others is often a smoke screen that keeps us from entering heartache. It is a brilliant and tragic maneuver we have all learned to make. We swerve to protect others so that we do not have to face the implications of what their harm has brought. What if all this were not so? What if you could live where the streams of honesty and honor could converge? May you enter your story with honor and honesty.