Home Resources The 3 Legal Purposes of a Minister 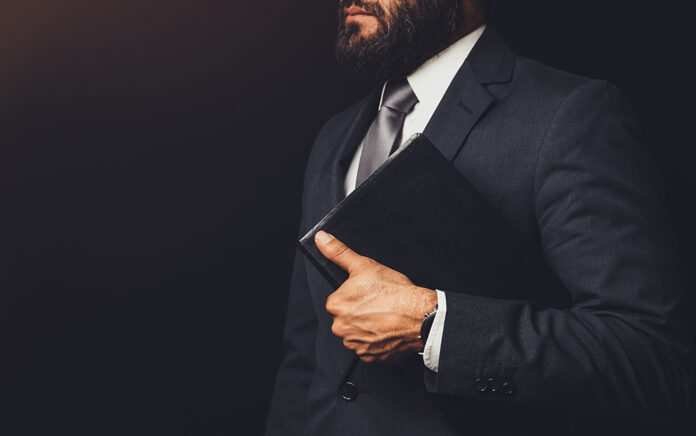 What comes to mind when you hear the term “ordained”?

What comes to mind when you hear the term “ordained”?

The word “ordained” or “ordination” often conjures up the idea of the religious ceremony that involves the “laying on of hands” of one individual to another; it’s a spiritual act that consecrates an individual as a minister of the gospel.

This spiritual ceremony is generally modeled after the “ordination” of Barnabas and Saul (Paul) in the book of Acts, which reads,

“One day as these men were worshipping the Lord and fasting, the Holy Spirit said, ‘Dedicate Barnabas and Saul for the special work I have for them.’ So after more fasting and prayer, the men laid hands on them and sent them on their way.” Acts 13:2-3 (NLT)

While this is a common practice in ordination ceremonies among many churches and ministries today, is this act alone enough for a minister to be legally ordained?

While the state and the federal government will not question the spiritual authority of a minister’s ordination, the legality of it may come under scrutinization.

It’s our experience that around 80% of ministers’ ordinations do not meet legal requirements. To be recognized as legally ordained, a more thorough process is necessary than the usual prayer or church service.

To better understand the reasoning behind this process, let’s discuss the definitions of a minister for legal purposes.

1. A Minister for the Purpose of Solemnization of Marriages

All 50 states have laws concerning the solemnization of marriages and who can conduct weddings.

After reviewing these laws, we have boiled down the definition of ordination to the following:

Ordination must be designated by a considered, deliberate, and responsible act of the church. The minister must also be in regular communion with the organization that licensed or ordained him or her.

To better understand this definition, let’s take a look at the court case of Cramer v. Commonwealth.

In recent years, the government has expressed concern over the proliferation of online and mail-order ordinations. Those concerns are not regarding the ordination of ministers as a whole, but whether the people who receive an online ordination are authorized to solemnize marriages.

In Cramer v. Commonwealth, a group of ministers ordained by the Universal Life Church (ULC) had their right to conduct marriage ceremonies revoked by the Circuit Court of Richmond, Virginia.

The Supreme Court of Virginia heard the appeal to decide whether it was indeed a religious organization. Below are three highlights from the case:

1. It was determined that the relationships between the ministers of ULC and ULC itself were nearly nonexistent.

2. It was also revealed that ULC’s ordained ministers had few meetings with a congregation. In some instances, there were no meetings or gatherings at all.

3. The meetings or gatherings that did occur usually were at one’s home or public locations (such as restaurants). Moreover, the topics discussed during the gatherings were not often of a religious nature.

The lower court denied the officiants the right to perform weddings on the premise that ordained ministers conducting such ceremonies should be in the ministry full-time.

However, the Supreme Court of Virginia disagreed with the lower court’s ruling. It stated that in Virginia, there were many exceptional ministers that served their congregations well while also maintaining other employment.

This fact, however, was not enough for the Supreme Court of Virginia to rule in favor of the appellants.

The Need for Legal Ordination

The Supreme Court of Virginia made certain that this particular case had nothing to do with religious freedom. Due to the legal nature of marriage, the need for a legally ordained minister is necessary.

The Supreme Court of Virginia recognized the “necessity that the marriage contract itself be memorialized in writing and by a person of responsibility and integrity and by one possessed of some educational qualifications.”

There are two main points to take away from this ruling:

1. The Supreme Court of Virginia looked for a formal ordination process. It held that the selection or election of an ordained minister “must be a considered, deliberate, and responsible act.”

2. The states cannot give preference to more established churches. In other words, you can become legally ordained through the very church that you start. Now that is some good news!

2. A Minister for Employment Purposes

As an ordained minister of a religious organization who receives compensation for the ministerial services performed, you are considered a common-law employee. This type of employment is regulated by both state and federal law.

Common-law rules are composed of these three factors:

1. Behavioral control is present when the church has the right to dictate a worker’s duties, how to accomplish their job, and when. When this type of control exists, the individual is considered an employee.

2. Financial control exists when the church controls the business aspects of the worker’s pay, including, but not limited to: how the worker is paid, whether expenses are reimbursed, and who provides resources/tools/supplies to complete assigned tasks.

3. Relationship of the parties: If the individual provides services that are vital to a church’s existence, they are an employee. Additionally, having a written contract and employee-type benefits such as insurance, pensions, or vacation pay indicates that a paid worker is, in fact, an employee. If the worker is expected to work for the organization on an indefinite basis, he is considered an employee.

Furthermore, according to the IRS, “The general rule is that an individual is an independent contractor if the payer has the right to control or direct only the result of the work and not what will be done and how it will be done.”

Essentially, correctly determining whether a minister is an employee or a self-employed individual is of the utmost importance because this regulates how the worker is paid and the tax liability of the church.

Now let’s look at how this relates to the definition of a minister for tax purposes.

3. A Minister for Tax Purposes

The IRS does not have a concrete definition of the word “minister.” Still, it has set guidelines that determine who qualifies as a minister for tax purposes.

“…individuals who are duly ordained, commissioned or licensed by a religious body constituting a church or church denomination. They are given the authority to conduct religious worship, perform sacerdotal functions, and administer ordinances or sacraments according to the prescribed tenets and practices of that church or denomination.”

Furthermore, most ministers have a dual tax status. This means that a minister employed by a church for federal income tax purposes and self-employed for Social Security and Medicare tax purposes.

It’s common for churches to misunderstand this rule when paying their ministers a salary. Often, churches treat their ministers as self-employed persons and assume they can issue ministers a Form 1099-MISC. However, under common-law, they should receive Form W-2, indicating the wages that the church paid them.

Unlike the rest of the taxpaying population, when a minister completes their tax return, they are responsible for federal income tax and self-employment taxes.

Here’s an example: When a person works a secular job, the employer withholds federal income tax and Social Security tax.

That is not the case for a minister because of their dual tax status. To learn more about our minister’s tax service, click here.

In most instances, individuals who meet the definition of a minister for tax purposes also qualify for tax privileges, including a housing allowance and self-employment tax exemption.