Home Books Church The Church Plant Question: What Would Jesus Do?

Steve Addison: "We must look beyond what we can do and ask, 'What needs to be done? What will it look like when our task is finished?'"

Excerpted from What Jesus Started: Joining the Movement, Changing the World
By Steve Addison (IVP)

A 2014 OUTREASCH RESOURCE OF THE YEAR

By the second year of my first church plant, I was confident in my abilities. The new church had survived and grown. Then a painful church fight shook my confidence and prepared me to hear from God. Out of desperation (not discipline), I woke early every morning and spent two hours locked away in my garage praying and reading the Scripture. After three months of seeking God and turning my life and the church back over to him, I heard him speak. My calling was to fuel church planting movements across Australia. Once I had surrendered to God, put aside my plans and lost confidence in my ministry, the vision caught me.

A few years ago I visited friends who had chosen to live and work in the slums of a major South American city. I was deeply impressed with their commitment to serve among the poor as a family, despite high levels of crime and disease. They were a living witness to God’s presence in a dark place. I wondered what it would take to reach the whole slum—more than 120,000 people—not just one neighborhood. Our vision has to extend beyond one neighborhood to every man, woman and child in such a place.

Jesus would have had a plan to reach every neighborhood. Jesus would have been on the move connecting, looking for households of peace and training workers among the people themselves. Jesus would not be satisfied until the mission moved beyond what he did to a growing movement of ordinary people.

For the most part Jesus limited his mission to the lost sheep of Israel, so that in a few short years he fulfilled his calling. At the same time, his mission to Israel was undertaken with the whole world in mind. As he ministered, Jesus was preparing his followers to take the gospel to the ends of the earth. He was laying the foundation for a missionary movement.

From Outreach Magazine  Assaulting the Gates

Waking Up to a Different World

The apostle Peter was at Jesus’ side throughout most of his ministry. When it mattered most, Peter failed. He denied Jesus and hid in fear. But Jesus restored him, taught him and sent the Holy Spirit upon him. Peter stood on the day of Pentecost and began the fulfillment of Jesus’ command to make disciples of all nations.

Peter had the training, the experience and the authority to lead. Yet 10 years after Pentecost, Peter was still struggling with how to fulfill the mission entrusted to him. His vision was limited. He could not see how pagan, uncircumcised gentiles could be reached, discipled and added to the Christian movement. Then God dragged him to the house of Cornelius.

Peter’s story should remind us of two important truths when it comes to vision. First, we shouldn’t be surprised if we don’t “get it.” Our training, knowledge and experience do not guarantee clarity and accuracy of vision. We can assume there are huge gaps in our understanding that by ourselves we cannot bridge. But before we are driven to despair, there is a second reality that Peter’s story reveals: God is in charge of his mission. We can expect God to intervene, even shake us to the core, to reveal his purposes.

Between his anointing with the Holy Spirit and release into public ministry, Jesus spent 40 days alone in the wilderness learning obedience to the Father’s will and ways. Similarly, our end vision won’t come from a demographic study or a brainstorming session around the whiteboard. It won’t come by consulting the best and brightest. It comes from God and is written on our hearts.

“Reaching the Whole of Mongolia”

In 1990 Augie Joshua planted a traditional Baptist church in his homeland of Mongolia. After 13 years the church had around 100 people attending, but it was no longer growing. People were not sharing their faith. They just attended Sunday church services.

Augie was troubled; he turned his discouragement into prayer, asking God to speak through his Word. God told Augie, “I want you to plant more churches.” God challenged Augie to leave the old wineskins behind and use new wineskins that God would fill with his new wine (Mark 2:22; Luke 5:37-38). This word from God gripped his heart. The question that dominated his thoughts was, “How can we reach the whole of Mongolia?” So Augie handed leadership of his church over to another pastor and left to plant new churches.

From Outreach Magazine  Do You Need to Pay the Federal Parking Lot Tax?

The next church Augie planted was in a Muslim area about a mile away in the western region of Mongolia. Augie visited a town in the area to prayerwalk and look for a man of peace. He didn’t find one, but later he sent a short-term mission team to the same town, and they found a Muslim Kazakh who accepted Christ and became a bridge for the gospel to spread to his friends and relatives.

These Mongolian Kazakh believers formed simple churches that met in traditional Mongolian homes called gers. These ger churches were easy to start and adaptable to the local culture. Some of the churches are nomadic. When the people move with the seasons, so does the church.

The book of Acts is Augie’s guide for what church should look like in Mongolia. Believers eat together, share together, read the Bible and allow God’s Word to speak. They worship with Mongolian songs because Augie says Mongolian songs reach the heart.

Today when Augie talks, he rarely goes more than a few sentences without repeating the phrase, “reaching the whole of Mongolia.” He says, “That’s our vision, our passion, our life, our everything, to plant churches that will reach the whole of Mongolia.” At the heart of most church planting movements are key local leaders like Augie with a vision to reach their people.

To see the end, we must approach God’s Word with a humble heart and allow his Word and his Spirit to align our lives with his purposes. We must look beyond what we can do and ask, “What needs to be done? What will it look like when our task is finished?” Finally, we must act. Understanding grows with obedience.

Order from IVP Press or Amazon.com: What Jesus Started: Joining the Movement, Changing the World 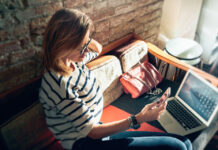 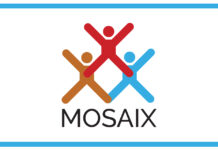