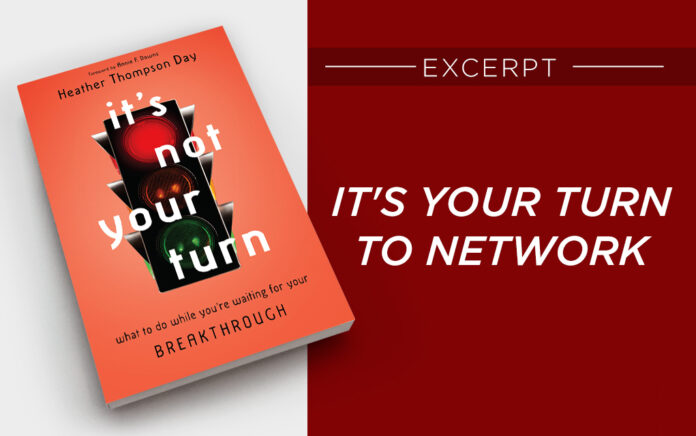 Excerpted from ‘It’s Not Your Turn’ (IVP)

Excerpted From
It’s Not Your Turn
By Heather Thompson Day

When it comes to social media, I notice most people tend to use it as a form of broadcast. I am not saying this is an inappropriate use of the technology, but I do teach courses on social media and am always surprised by how many people seem genuinely stunned when I remind them social media is an inherently social system. The point is not simply to get on your soapbox and dole out wisdom, the point has to be to make social connections. If you want to improve your online networking ability, the first thing to do is to simply use it socially. Comment on other people’s posts. Retweet and share their thoughts. The goal on social media isn’t to create a slew of followers, it is to create a faithful community. Stop thinking you need ten thousand people to have a platform. What you need is even just one hundred people who have fully bought in to what you do.

We have to stop thinking about social media as building followers and start thinking about how we can build community. Connectors don’t need followers, they need relationships. Before you log online think, people, people, people. This is your networking chance to connect with other human beings. The best way to connect with people is to care about them, rather than try to convince them to care about you.

From Outreach Magazine  Jesus is Bigger than Our Wounds, Our Wars and Our Words

Once while flying from Denver to Orlando for a speaking engagement, I found my seatmate was a man in his mid-70s named Doug. Before the plane even took off, Doug started chatting with me. He asked the usual questions, like what I did for a living, where I was headed, and where I was from, but somehow those answers led us into deeper conversation. I chatted with Doug the whole three-hour flight. He was also a public speaker, so we bonded quickly. He did corporate events training business leaders on cognitive performance coaching. At one point, Doug handed me two of his business cards.

“I always give two cards,” he said as I tucked them both into my purse. “One for you, and one for you to give should you ever meet someone you think would benefit from having my card as well.”

Doug was a connector. He was absolutely a networker, but he was also interested in me. He complimented my storytelling, asked me questions about my parents, and even reflected on my faith. Doug mentioned early on in our conversation that he wasn’t a believer and didn’t want to talk about God. He only set these boundaries because when he asked where I was going, I told him I was on my way to speak at a women’s faith conference in Orlando.

I didn’t feel the need to evangelize Doug. I enjoyed our experiencing one another as people, not numbers. Before the plane landed, he said, “A couple times now you have mentioned that you pray. Heather, what are you hoping to get out of your prayers?” he asked sincerely.

“Try me,” he answered. So I told him the story about how I had called off my engagement two months before the wedding. How I had prayed to God that if I wasn’t supposed to marry this person for God to please make it clear, and within minutes of me saying “amen” my phone rang, and it was my fiancé, and he had called to break up with me. On the same night, several hours later, Seth, my now husband, called. I told Doug my story, and I said, “Doug, that’s what I hope to get out of prayer: God’s involvement.”

“I see,” he said. About 30 minutes later, as the plane landed and we were about to start the mad dash to collect our things, Doug, who three hours before had told me he was a Jewish agnostic, grabbed my hand and said, “Heather, I am going to think about your God.”

Networking is important. But it is not just your career that will need your networking—your faith will too. Doug made it clear when we sat down that he was not interested in my religion, and yet, after three hours of genuine human to human connection, it was Doug who asked me why I prayed. And the reality is that sometimes, the closest to God someone else will ever get could be you. I believe God is looking for connections. God needs the priesthood of all believers, not to share their faith in hopes of a number, but to talk to people about their stories. Something I tell my students all the time is that people may not want your religion. They may not be interested in your theology. But they will listen if you simply tell them your story.

Networking, connecting with other human beings, is one of the greatest gifts awarded to humanity. Being willing to have a conversation with a stranger may make all the difference in what happens next in your life. God needs social Christians. Connection is incredibly important, especially when it’s not your turn. 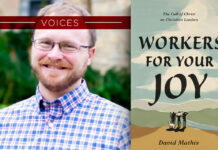