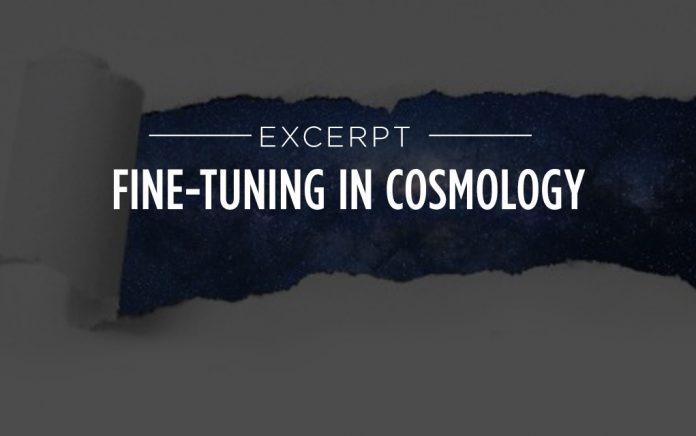 The cosmological constants were key in removing obstacles to my faith.

Excerpted From
The Works of His Hands
By Sy Garte

What I learned about chaos and complexity helped remove my faith in materialism, rationalism and the other philosophical reasons I started out with for not believing in God. But I also learned something that was more radical—something that actually made me think of a Creator God as a rational idea, or at least as rational as any alternative. This lesson did not make me a theist (that is still to come), but it did suggest a positive reason to believe rather than merely taking away reasons not to believe. That lesson was the fine-tuning of the cosmological constants.

Most physical laws include arbitrary constants that cannot be derived from theory but can only be measured experimentally—they simply are what they are. I will discuss the unsolvable mystery of the physical constants as an example of a hard limit on what we can discover through science in chapter 8. But for a small subset of these constants, the mystery has even greater significance. These are the cosmological constants—the constants related to how the universe was initially formed.

There are anywhere from six to about 20 of these numbers (depending on different interpretations), and it turns out that their values are highly fortuitous. If they were at all different (in some cases by extremely small differences), our kind of universe couldn’t exist, and neither could we.

According to modern physics, there are four forces that underlie all the physical laws of the universe. Two nuclear forces, the strong force and the weak force, govern interactions between particles within the atomic nuclei. At the other end of the scale of object size, interactions between large bodies such as stars, planets and galaxies are dependent on the third force, gravity. Finally, magnetic and electrical forces between atoms and subatomic particles are different aspects of the fourth, the electromagnetic force.

The great goal of modern physics has been to find a unified theory that can integrate all these forces with each other and show how each force is related by some logical mathematical formulation to all the others. Some progress has been made. The weak force and the electromagnetic force have been shown to be interrelated; at a very early stage in the history of the universe (within the first billionth of a second of the start of the big bang), these two forces were actually one.

The relative strengths of the four forces are determined by specific equations that include some of the cosmological constants. Martin Rees, the distinguished British astronomer, writes in his book Just Six Numbers: The Deep Forces That Shape the Universe that these four physical constants (and two others) need to be exactly the values they are, or the universe would be radically different than it is. Changes in any of these constants would make stars, planets and life impossible.

The fraction of the mass of two hydrogen atoms that is released as energy when they fuse to produce helium is 0.007 (0.7%). That is the source of the heat produced in the sun and in a hydrogen bomb. It is the amount of mass (m) that is converted to energy (E) in the famous Einstein formula E = mc2, and it is a direct measure of the strong nuclear force. If the strong force had a value of 0.006 or less, the universe would consist only of hydrogen—not very conducive to the complexities of life. If the value were greater than 0.008, all the hydrogen would have been fused shortly after the big bang, and there could be no stars, no solar heat—again, no life.

As Stephen Hawking and Leonard Mlodinow put it in their book The Grand Design, “Our universe and its laws appear to have a design that both is tailor-made to support us and, if we are to exist, leaves little room for alteration.”

There are three possible solutions to the mystery of fine-tuning of the physical constants. One is that there is in fact a good theoretical explanation for these constants, and it will turn out that they had to be exactly what they are. This explanation would most likely be derived from the long-sought “theory of everything,” which will connect gravity to quantum physics and answer all questions. However, the theory of everything has so far been elusive. The latest disappointing results from CERN, the largest particle physics laboratory in the world, cast further doubt on these expectations.

Another possibility is that there are or have been an infinite number of universes. We happen to be in this one because this is the only one out of billions or trillions, each with different constants and characteristics, that we could be in. The multiverse theory is favored by many physicists, but it has the problem of being unprovable, since information cannot travel between universes.

The third possible solution, one that is not commonly considered to be within the realm of science, is that God created the universe in a way that allowed stars, planets and us to exist. While scientists typically reject any supernatural explanations, it must be said that the God hypothesis is not any more removed from testing or scientific confirmation than the multiverse. Therefore, a rational thinker is free to choose between two equally plausible and equally non-provable ideas. I now choose God.

From Outreach Magazine  A Conversation With Mark Jones

Back when I was learning that the world of nature is more mystical and irrational than I had previously believed, I had not yet chosen God. I didn’t yet see any of that as pointing me to religion. It was simply showing me that there is more beauty in the complexity of life, mathematical structures and everything than I had previously known. But this growing awareness of the truth I was learning from science did something important for my slowly awakening soul: It removed a barrier that I had long maintained, a barrier against the possibility of believing in anything that was not grounded in reason. The observer effect and quantum entanglement are not grounded in reason, and yet they are true.

The removal of this obstacle did not lead me directly to faith, but it allowed me to go forward when the time came. But before we get to that point in time, we need to explore in more depth the kind of science that I was not just learning about but doing as my career. And for that we will be diving into the messy, fascinating and incredibly difficult world of the biological sciences.

Our planet is full of life. The significance of this fact is deep and wonderful. To begin to get an appreciation of the grandeur of life, we must follow, as I did in my scientific career, the path of understanding the amazing revelations of how life works.