Home Resources What Does It Mean to Be a Peacemaker?

Jerry Bridges: “One of the greatest examples of humility in action is to act as a peacemaker in conflict involving ourselves.”

Peter then invokes the example of Christ:

He committed no sin, neither was deceit found in his mouth. When he was reviled, he did not revile in return; when he suffered, he did not threaten, but continued entrusting himself to him who judges justly. (1 Pet. 2:22-23)

Jesus’ response when reviled answers the question, “What about the other person’s sin? Who is going to deal with that?” Jesus entrusted the outcome to God, and so should we.

So if you are currently experiencing conflict, especially if you are the one hurt in the situation, I urge you to reflect on the principle in Peter’s words to slaves, and then on the example of Jesus. Ponder these words carefully in the light of your situation, and ask the Holy Spirit to enable you by His power to apply them to your situation. In this way you will be displaying true humility in action.

Peacemaking can mean more than simply restoring a damaged relationship. It can also move beyond that to the development of a beautiful friendship. This is demonstrated in the experience of one of my best friends. Here is what he said:

A number of years ago in Michigan, my father died and then a year later my mother died. I was married, had two children and was living in California at the time. We all went back to Michigan for the funeral and to deal with the home and belongings of my folks.

I have one sister a few years older than me and had always had a difficult and troubled relationship with her. I generally felt rejected by her as a result of many hurtful events in our history. During the week after the funeral the tension between us could not be denied. I actually thought that this could be the last time I would ever see her.

After returning to California I met with some close friends as part of a weekly time we had to share our lives and to grow together and with our Lord Jesus. Upon hearing about my difficult time with my sister, one of the brothers said to me, “Do you love your sister?” I said, “Yes,” and he asked, “How often are you in contact with her?” At that point I saw in my own heart that the only reason I ever connected with her was to do my duty and relieve me of any guilt. The fact was, I really didn’t love her.

Shortly after that the Lord impressed on me His love for my sister and how important she was to Him. He also impressed me that I needed to love her and that she was important to me.

Within a month or so I called her just to say hello and talk casually. I continued to do that every few months for a period of years. It was a long time before I ever received a call from her, but I was resolved to pursue her. I did it mechanically for a long time while God faithfully filled my cup with a genuine love for her.

After about four years she and her daughter came to visit my wife and me for a few days. We had a significant breakthrough. She told me that for the longest time she had wondered why I was calling her and then finally realized that I loved her.

Now as the years have passed, she and I are closer than I could ever have imagined. We love and respect each other. We talk often and cry and pray together over the phone. I can say that we are the BEST of friends. My sister, now a widow, loves me and calls me the favorite man in her life and I love her dearly.

That is an example of what it means to be a peacemaker.

From Outreach Magazine  The Comforting Reality of God’s Providence

Taken from The Blessing of Humility copyright © 2016 by Jerry Bridges. Used by permission of NavPress. All rights reserved. Represented by Tyndale House Publishers, Inc. 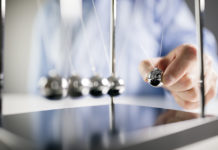 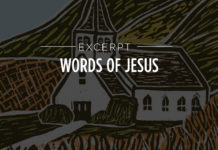