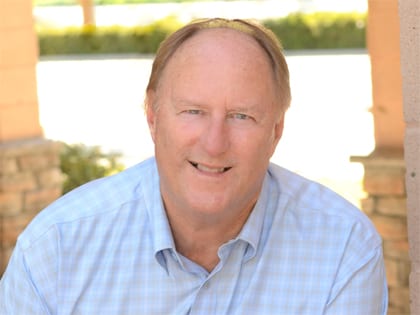 Ray Johnston: What Christians and the American Church Are Missing

In our Conversations series, we highlight six authors and the key ideas behind their new books.

Jesus Called—He Wants His Church Back: What Christians and the American Church Are Missing
by Ray Johnston (Thomas Nelson, 2016)

Key Idea: “I was in South Africa some years back, speaking at one stagnant, segregated Dutch Reformed Church after another. Just before leaving the country I was invited to speak at the largest Dutch Reformed church in the country. With very low expectations I walked in … and was stunned to see thousands of people of all ethnicities worshiping together. It was shocking … and electric! I asked the pastor if the church was always like this. He replied, ‘No. When I arrived it was a small, whites-only church.’ At his first leadership meeting he announced that they were ‘re-installing’ Jesus back to his position as the head of the church. From then on the only question they would ask was: What does Jesus want us to do? With tears in his eyes he gazed at the thousands of people, white and black, rich and poor worshipping side by side and said, ‘THIS is what Jesus wanted to make happen the whole time!’ This book is an invitation for Christians to reconnect with the Jesus most Americans may have missed.”

Why Church Leaders Should Read This Book: “This book, and the free seven-week sermon series, and the free seven-week small group leaders guide, are all designed to do one thing: REINTRODUCE THE AMERICAN CHURCH TO JESUS! Napoleon looked at a map and said about China, ‘There lies a sleeping giant. If she ever wakes she will shake the world.’ I feel the same way about the American Church. This is the wake-up call.”

About the Author: Ray Johnston is founding pastor of Bayside Church in Roseville, California (a 2015 Outreach 100 church, No. 25 largest), founder of the Thrive Leadership Conference and author of The Hope Quotient: Measure It. Raise It. You’ll Never Be the Same. (Thomas Nelson, 2013). RayJohnston.com