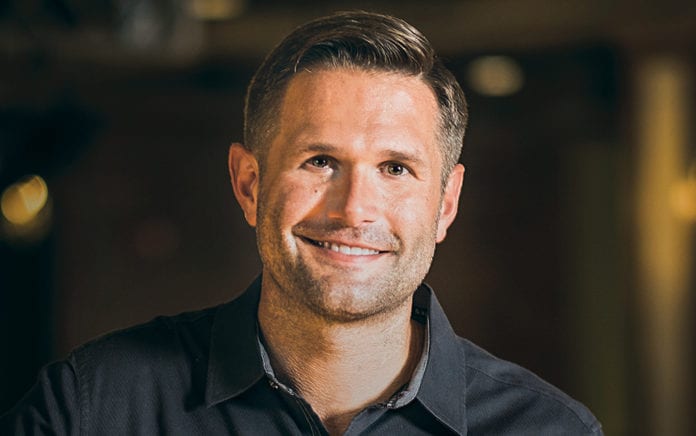 Encouragement for those tough times when you feel like giving up.

Kyle Idleman is teaching pastor at Southeast Christian Church in Louisville, Kentucky. He is a bestselling author of six books. Parts of the following article are adapted from his book, Don’t Give Up: Faith That Gives You the Confidence to Keep Believing and the Courage to Keep Going (Baker), in which he encourages readers to cast their concerns on God.

As a pastor, I’ve had so many conversations with people who were struggling. Across the board, what they seemed to need to hear was “Don’t give up.” A lot of people are encouraged not to give up by family and friends, but it’s often said to comfort the person. There’s nothing wrong with that, but what people often need, myself included, is some courage—more of a “get back in the game” message.

There was a time around 2008 when I was feeling burned-out. I went with my family to Haiti for eight weeks of mission work. Really, I wanted to have some time outside of the normal pastoral demands. While in Haiti, I connected with a Haitian pastor who has become a good friend. He almost immediately began to challenge the fact that I was feeling sorry for myself in ways that were not healthy. I started to realize the challenges he has to deal with and the joyful spirit he has in spite of them. I thought I wanted somebody to put their arm around me, but what I really needed was to spend time with someone who was going to be a little bit humbling and give me the perspective I was lacking.

I think the most normal human instinct when we’re afraid or have a problem is probably to run from it. But eventually, we run out of places to go. We have to embrace the fight, and the fastest way toward light is to run through the darkness, not away from it. The shift from flight to fight is a shift from fear to faith. Part of faith is putting your dependence on God and asking him, and the people he’s put in your life, for help. That requires vulnerability, which can be tough.

People who feel like their struggle has never been harder have actually never been closer to having some kind of breakthrough. Instead, they quit because that’s when it’s the hardest. If they can stick with it, they’ll gain momentum. The frustration for me as a pastor is that I can see they’ve never been closer to seeing victory. The challenge is to understand that and fight through it, because they’re almost there.

Embracing a season of desperation by being vulnerable and dependent was a huge piece of this I didn’t understand for a long time. My approach toward any kind of struggle, which is true for most, was that I just didn’t want to do it. We want to be done with it and for God to get us out of it. But we need to do what Charles Spurgeon calls learning to kiss the wave that casts us upon the rock of ages. If we will learn to do that, we have the opportunity—when we most feel like giving up—to discover God’s power and presence in our lives in a way we never have before. Now when I talk to someone who is really discouraged, my heart breaks for them. But I also know they are in a position to experience God in a way they never have before.