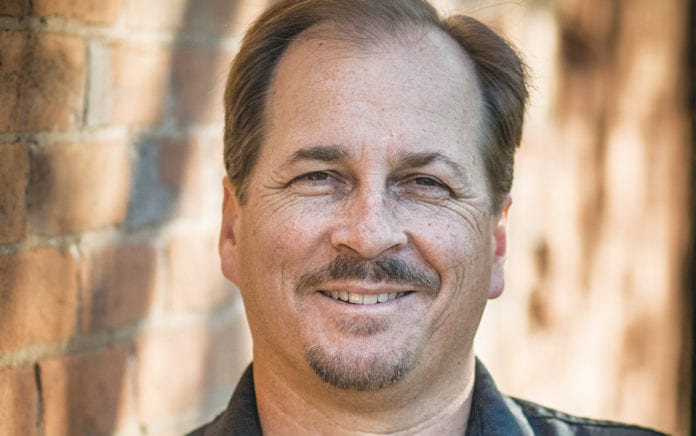 A good leader knows how to strategically say no to good things in order to embrace the best.

Kevin Harney is lead pastor of Shoreline Community Church in Monterey, California. His latest book, No Is a Beautiful Word: Hope and Help for the Overcommitted and (Occasionally) Exhausted (Zondervan), is a practical and spiritual guide for knowing when and how to say no so you can say yes to the things God has called you to.

I’ve been in ministry almost 40 years, and I hit points in my life and ministry early on where I overextended myself. I was working seven days and nights a week and it was damaging my health and my family. I’ve been there. I was able to step back from the edge of the cliff and reorder my life. The last 25 years have been wonderful, healthy years of ministry where my life is full and there’s a lot going on, but I don’t feel that same kind of overextension because I’ve learned to say no to lots of things. I’ve got two decades of saying no under my belt and I’ve said no millions of times. I say no on a normal day more than I say yes, so I can say yes to the right things.

When I confessed to my congregation that I’d become overextended and hadn’t been resting, I was flooded with people after the service who said, We’re going to pray for you, and we don’t want you to crash. We want you to be healthy and we want you to have a Sabbath day and we want you to rest. I didn’t have one person come up to me and say, We own you. People said, We don’t expect you to work all the time. We expect you to have boundaries and be healthy. And we expect you to say no to things. The response was actually very affirming. And my church board’s response was, We’re going to help you stay accountable to doing this. I think more than likely people are going to be understanding.

I’ve never met a church leader in my entire life who has finished a day of work and said they were finished. Their lives are busy, their schedules are full and there’s never a time when they’re done. And temperamentally, many pastors and church leaders have a hard time saying no because they love people. They don’t want to disappoint them. It comes from a good place, but the problem is, they’re saying no to the wrong things. Because when your schedule is full and you add something new to it, you’re saying no to something else.

Almost everything you could do and almost everything you’re asked to do is a good thing. This is not deciding between good and evil. It’s deciding between good and best, or good and calling. Study the life of Jesus, Mark 1 particularly. If God in human flesh, who loves people way more than we do, says no, and he does, then it’s a godly thing to learn to say no. You just need to learn to do it well and as graciously as you can.

If you love people, it matters that you hurt them the least you can. Here’s the reality: In some cases, there’s going to be disappointment. In many cases, there’s going to be a sadness if you tell somebody no. So what’s the least amount of pain and disappointment that has to be experienced for the sake of grace and love? I want to be as kind as I can to you but also protect the life and the ministry that God has called me to live.

From Outreach Magazine  How to Help Young Leaders Find Their Way

I think one of the things that hurts pastors is they’re saying no to good things, but not yes to the best things. Or no to great things, but not yes to the thing they’re called to. I think of Jesus in Mark 1 when Jesus does all the healing and miracles after he’s preached, and then he goes to a quiet place to pray. All his disciples come and say, Hey, come back to town, all the people want you to do more miracles and more healing. But Jesus said, No, I’m going to the next town because my goal is to preach the gospel and bring the kingdom. He said no to a whole town of people who wanted to be healed and cared for. Jesus was saying no to something great, something amazing, but he said yes to the next town, to the next thing the Father called him to. So I think leaders need to become very diligent in telling themselves no over and over through any given day so they can make sure they’re saying yes to the best things.

I think requests around somebody’s spiritual growth are hard for many pastors to say no to. In many cases, that is something we can do and we want to be able to say yes to the right requests. I’m not a trained or licensed therapist or counselor, but I have people every week asking me between services to help them with those kinds of problems. You think, well you’re a pastor, of course you should say yes to that. The problem is that often, the problems they’re bringing to me are not pastoral questions, they’re therapy and counseling questions. And I’ll say, I’m not a trained counselor and so I cannot meet with you. But I can pray with you right now as a pastor and I can point you to a couple of great resources or connect you with a great Christian counselor. But even those times when people are coming and asking for spiritual guidance and growth, do I have to be the one who does it all? Now the reality is, the average church in America is 75–85 people. At a smaller church there are pastors who have more margin to do those sorts of things. When I pastored a small church in Michigan, I brought communion to the homes of all the shut-ins. I played guitar, sang a couple songs, we took communion. I would always bring an elder with me, and it was beautiful. I loved doing it. But we had four or five people like that once a quarter. In my church now, that would be 150 people. I can’t do that.

From Outreach Magazine  3 Reminders When You Feel Social Media Burnout

Pastors need to keep a very detailed schedule. When your schedule is full, you have to say no to everything unless you’re going to take things off your plate to make room for them, and that forces you to be prayerful and discerning. When you look at my schedule, everything with Shoreline is in green, everything with writing is in yellow, everything that’s personal is purple. I have a full Sabbath day. I allow for God and rest on that day. The reality is, most pastors don’t keep their schedule detailed enough to know what they’re doing and how they’re using their time. Most pastors would say they don’t have any empty time with nothing to do during the week. Then they need to understand that if that’s true and they say yes to something new without any additional time, then something is getting dropped. Often times for pastors, it’s their children, their marriage, their personal spiritual health or their physical health. Those are the four things for pastors that get pushed off the plate when they get too busy, and all of those things can be fatal. So when somebody asks me to do something, I pray over it and ask God for wisdom, and probably bounce it off my wife. I ask the Lord if something is so important that it can go on my calendar and into my life and take the place of something else on my calendar. That drives you to your knees, that drives you to seek God and ask if this is his call on your life, if this is a kingdom thing that warrants having to shuffle things around. What I can’t do anymore is just jam it in. Because when you jam something in, something else falls off the plate, and it’s always something that costs you more than you realize.