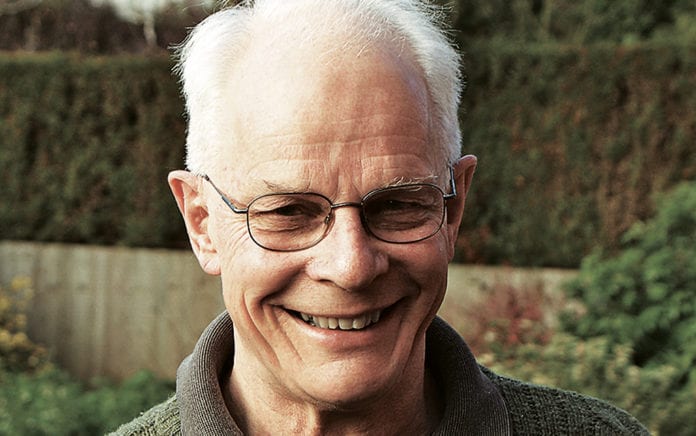 The flood of refugees is only going to continue. How will the church respond?

Patrick Johnstone is the author of several editions of Operation World books. He was an urban missionary in Southern Africa for 16 years and has served on the WEC International Leadership team for 32 years. Parts of this interview are adapted from his recent book Serving God in a Migrant Crisis (IVP, 2018).

I reside in Derby, England, which is a key government-assigned hub for processing asylum-seekers. Over the last decade we have seen a remarkable turning to God in our local church among refugees, especially those from Iran, Afghanistan and Iraq. My wife and I are part of a team that interviews candidates for baptism. We have to ensure their understanding of the gospel is adequate, that their life is witnessing to personal faith in Christ and that they have dealt with hindering negatives in their lives. It means we need to dig deeper about the causes of their flight. They often have horrendous stories of trauma in their homelands, on their escape routes or in their land of arrival. They are real people with feelings and desires, the greatest of which, in most cases, would be to return to their homeland in peace and safety, but that is impossible.

I spoke at a conference on refugees in Hungary in 2017. The theme was “After the Flood,” referring to the flood of millions fleeing the civil war in Syria. I warned that there is no rainbow promise after this Syrian flood, but it is symbolic of what we will face over the next generation: more refugees. We need to learn from past floods and be ready for those caused by war, water shortages, terrorism, famine, drug and dictator tyrannies, as well as natural disasters.

We have created a perfect storm for globalization in good ways—improving technology, better health and reduction in poverty—and bad things—promotion of a form of capitalism that has lost its ethical undergirding; government aid determined by disposal of unwanted surpluses or for selfish political and economic leverage; a polarizing model of democracy; and failure to tackle a craving for drugs. We wealthier nations have been largely responsible for creating the very situation that provokes migration. We had better work hard to deal with the core issues that generate these floods. Building walls and sending fleets of ships to sea is not a solution.

From Outreach Magazine  How Should Christians Think About Depression?

There are two basic, biblical, local-church principles that many evangelical churches in the West have neglected: the Great Commission and the fact we are called to love the stranger in our midst. Every congregation needs to ask itself if it reflects the composition of the counties surrounding the church; if it’s following the right biblical model, that is, as an Antioch church, not a Jerusalem church; and if it’s willing to change to become more biblical and relevant. Sadly, for most churches, these questions have never been asked or the implications heeded. These are spiritual reasons, in my understanding, for fearing refugees.

We cannot have uncontrolled borders and need to be openly supportive of wise and humane policies to regulate who works and resides in our countries, especially in these days of international terror movements, drug cartels and money laundering. Yet the church, as a whole, cannot be so entwined in the political system that it sacrifices its prophetic ministry. It has to speak out against inhumane methods, governmental obfuscations and devious delaying strategies. There is a tension there, but I believe there is a godly involvement that keeps a balance.

How can church leaders change things? Praying, preaching the biblical truths of the Great Commission and caring for strangers. Reach out and welcome migrants locally. Getting to know individual refugees and hearing their painful stories changes everything—not least attitudes. Today’s leaders need to set an example, disciple younger potential leaders and give them exposure to the migrant world. Seminaries need to give students the right tools to prepare them for urban multicultural church ministry. Whatever governments do to delay, slow or prevent immigration, it will continue. The 21st century is going to be one of multicultural cities. The leaders of the future need every possible encouragement to know how to handle other cultures.

From Outreach Magazine  How Befriending a Refugee Changed Me

In nearly every city are churches that have been brilliantly successful in this area, often with many hard lessons learned along the way. Church life is the only mechanism I know of where there is a meaningful integration of cultures in today’s world, where there is a supracultural core set of beliefs in the wonderful gospel of the Lord Jesus. There is a developing network of churches in Europe deliberately planted as multicultural from the beginning. Some larger churches have done well in changing the culture through widespread involvement of members in welcoming ministries, incorporating many cultures into every aspect of church life and deliberately discipling multicultural leadership. Some churches have married the short-term ministry in other countries to migrant ministry locally in a rounded discipling of workers involved.

The Great Commission is just as valid today as it was in Jesus’ time. Recruitment for cross-cultural work in the Western world has plummeted. There is a lot still to do. Missions should still be a core focus of any local church. No church that calls itself biblical can dodge this and remain true to the Scriptures.