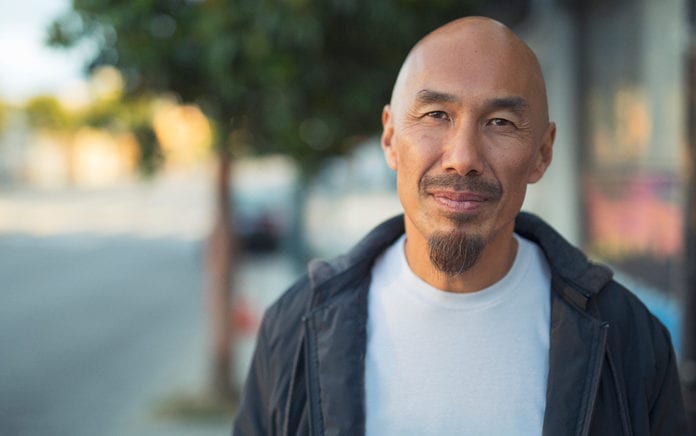 Change will require those who are willing to patiently make disciples.

Don’t miss part one of our interview, where Francis Chan talks about rethinking church, maximizing the gifts of the body of Christ, and the importance of nurturing a truly intimate relationship with God.

Was there a personal struggle for you in giving up the platform?

Oh yeah. Yeah, I mean the flesh is strong. And it’s not just your own flesh, not just the culture of the world, but it takes on its own form in the church. Other Christian leaders brought a ton of pressure; honest pressure sure, but saying things like, “I don’t get it, Francis. You’re having a big impact through your teaching to the masses. This sure looks small and insignificant.”

And you second-guess yourself at times. It doesn’t look like it’s working at first. You start to question yourself. You start to wonder if they were right. You start to imagine what it would be like to just rent a building, knowing that you could fill it up tomorrow. But let’s be honest—that’s just fleshly insecurity tempting you to bail, rather than sticking to what you know God’s called you to do.

What does a Sunday look like for you now? Walk me through your day.

Sure. I get up early and have my time with the Lord. That’s important to me.

Then we typically have a pastors’ gathering for training at about 7 a.m., where our team of elders trains our pastors. We currently have about seven elders and 40 pastors, all laypeople.

In that training, different elders will get together with their pastors. We’ll teach them. Sometimes we go through a book together, sometimes through Scripture together. We pray, worship and then we go to our homes.

There is a gathering in my house, but I don’t lead it. People show up around 10:30 a.m. Usually the adults and kids are all together. We eat doughnuts, talk about the week and spend good time together. We see each other frequently throughout the week.

Our time is not very structured. At my house, my 18-year-old daughter and 12-year-old son lead worship—she sings and plays the guitar, he’s on the cajon. The pastor or leader will be like, “Hey, what’s God been teaching you?” It’s different every week.

Sometimes God just wants us to praise him; sometimes it’s all about thanksgiving, you know? Sometimes we just pray, and when my daughter feels led to lead a song, we’ll sing. If people feel led to read Scripture we do that. But the point is simple: Everyone brings something to the table. The key is that they come with the thought and expectation that all week long our whole little community has been praying, God, I love these people, so I want your Holy Spirit to manifest through me so that they are blessed.

We’re all supposed to come with something: psalms, hymns, spiritual songs, a word from Scripture, a word of praise for what God’s done during the week. How it plays out every week is different.

One week we just felt led to read Revelation. The beginning of the book says, “Blessed is the one who reads this aloud and blessed are those who listen.” Well, OK then! Let’s receive blessing by just hearing the book of Revelation read from start to finish. Let’s each take a chapter to work through that whole book. Oh man, you feel like you’re in another world after that. You’re so blessed.

Other times, someone’s in real need. So, we’re all laying hands on this person.

But it’s not just about Sunday gatherings. We’ve also all been reading the same passages of Scripture all week and discussing those, and so we’re teaching each other throughout the week. We break bread together, we take communion together and just have a time where we always remember the body and blood of Christ, so we don’t get arrogant and we don’t fixate on anything else, but the cross is always central. We have a meal together every week. Most weeks we’ll go to the park after lunch and the kids will play. We’ll play some pickup basketball, share with people at the park.

From Outreach Magazine  4 Differences Between Healthy and Unhealthy Churches

Most Sundays, people aren’t out of my house until 7 or 8 in the evening, ’cause it doesn’t really end.

So that’s a typical Sunday. But the idea is throughout the week we’re ministering to each other. They care about my kids; I care about their kids. It’s a big difference from how most churches that I’ve experienced operate.

You say you’ve never been more in love with Jesus and the church than you are right now. What’s behind the fresh connection?

Let me say it like this, with a bit of an analogy. I’m 50 right now. But physically, I’m in the best shape of my life. I can run farther than I’ve ever run. Push-ups, pull-ups, whatever—I’m more fit than ever. I’m in shape. Why? Well, the reason is because I have some guys around me these days who have pushed me in that area. I would never be here by myself. When I work out with them it’s completely different than if I went to the gym by myself. We push each other so much harder, so much farther. The people around us have a tremendous impact on our health and performance, don’t they?

In the same way, in my walk with the Lord, I have elders and pastors that are really stretching me. We’re close. We encourage each other and spur each other on. It’s not just about performance but about connection. In their examples to me and their time with the Lord, they spur me on. So does everyone in our gathering. When we get together I feel closer to the Lord than when I’m by myself.

But a huge part of this is the understanding of a shared commitment. We understand it physically—there are guys that push you to work out harder when you’re together than when you’re alone. Meanwhile, the reverse is true too. There are other friends who, if I went to the gym with them, I’d actually accomplish less. There’s a connection that comes through that that binds your heart to Christ and his body.

What do you hope this book does in the hearts and ministries of leaders who read it?

I want to give them hope.

Ten years ago, I wrote Crazy Love because I was wrestling with some things in Scripture. I was comparing it to my life and saying, Gosh, this isn’t right. Am I crazy? I bet that other people felt the same way I did. Sure enough, they did. I didn’t know how many people felt that way, but I wrote the book to encourage those people.

Fast-forward to today. There are a lot of people reading about the church in the Bible and wondering, like I did, Is this even possible? Now that I’m experiencing it, I’m saying, “Yes it is! Let me encourage you; let me give you hope. In fact, not only is it possible, but it’s commanded.” Let’s get over asking, “Will this work?” and “Will it reach the same masses?” and say, “It can happen.” I’m experiencing it and loving it.

Life where all the body matters is what pleases God. So aside from whether you like it, or you think this model will work, isn’t this all about pleasing him anyway? Let’s get back to really living the commands of the “one anothers,” and demand of ourselves and each other the things that are commanded.

Less talk and more action. There’s the opinion that our real pastors are up there on the stage, you know? It’s all on them. And that’s killing us. That assumption means that we don’t respond by joining in the work of ministry.

We have a younger generation that loves to criticize. It’s not just them, but they love to talk and express their opinions about major things, but it’s rare to see them practically doing anything. They’re not practically loving and making disciples.

Look, we all know something’s wrong with the church. We all know it could be more. The question is, are we willing to make the sacrifices that it takes? Am I willing to leave my own position to more closely join with Christ’s body?

In our churches we gravitate toward the people we like, and who are like us. We’ve set up church structures in such a way that you don’t have to love everyone, especially anyone different than you. Just migrate around until you find a group that you like.

It’s hard to love people who are different from you. It’s hard to be patient with those who are arrogant. It’s difficult to give your gifts in community rather than just receive. If you’re a parent, for example, it’s difficult to even see yourself as the one who must mature and grow so that you have what it takes to lead your own children and teach them. It’s so much easier to hand them off. But that’s not best for them. God designed the family unit in such a way that we were supposed to have that responsibility of teaching our kids—and the responsibility of shepherding other people.

The guy in the pulpit can’t shepherd all these people. I couldn’t do that. How many people can you really shepherd? Are you going step up and lead and build and make disciples?

I’ve done some construction. It’s a lot easier to demo. Demolition is a blast. You get to wreck stuff. It’s fast, and you break a sweat, but don’t have to think too much. And it’s hilarious, right? I love knocking down a wall—the collapse of it makes you feel that you’ve done something. Makes me feel powerful. But to build? To set that foundation and get it perfectly flat and straight, so that it will be able to support faithfully for years to come? That’s a lot harder.

We’re a generation of people who love to demo the church and bash it, and yet we largely don’t have the builders who are willing to make disciples and take the time required to love and do something.

If this change is going to happen, we need to come as servants, not as these hot-take authorities who just want to sit and blog and tweet and podcast or whatever else. Come on. Go back and start sharing the gospel with some people who haven’t heard it. Make some disciples. Literally, grow to the point that you can look at people and say, “Follow my example as I follow the example of Christ.”

Everyone wants to say, “Well, that’s not my job. That’s for the pastor.” That attitude is killing us.

Paul J. Pastor is editor-at-large of Outreach, and author of numerous books, including The Listening Day devotional series. He lives in Oregon.