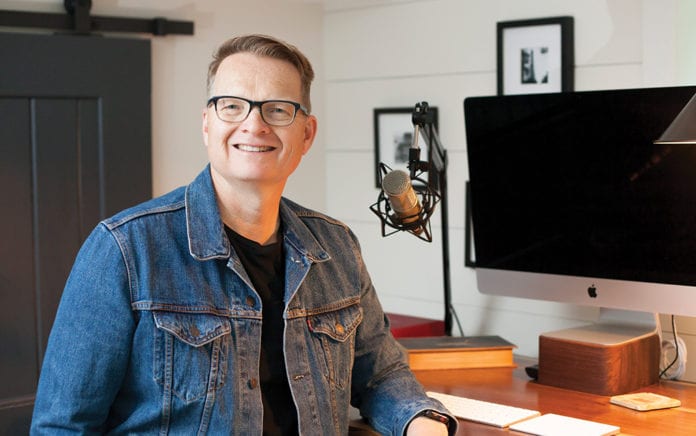 I learned a hard lesson about leadership when I spiraled into burnout.

There’s a good chance that if Carey Nieuwhof is giving leadership advice, he’s speaking from experience—the good, the bad and the ugly. As founding pastor of multisite Connexus Church in Barrie, Ontario, Canada, Nieuwhof has been in the trenches of leadership for nearly 25 years (before that he was a lawyer). Now he shares the lessons he’s learned, and is still learning—about leadership, church growth, preaching and more—with church leaders worldwide. He’s a seasoned speaker, blogger, author, church growth strategist and leadership coach, not to mention host of one of the top church leadership podcasts.

Now, Nieuwhof has released his latest book for church leaders. Didn’t See It Coming: Overcoming the 7 Greatest Challenges That No One Expects and Everyone Experiences (WaterBrook, September 2018) is preventative medicine for young, idealistic rookies, and a cure-all—and a soothing salve—for those with battle scars.

Nieuwhof writes about how these seven challenges—cynicism, compromise, disconnection, irrelevance, pride, burnout and emptiness—have manifested in his own life, how to prevent them from occurring in another leader’s and how to defeat them if they’ve already become a problem. It’s a perfect pairing of hope and help. Here, he talks about why we never expect to encounter these challenges ourselves, and what happened when he found himself right in the thick of burnout.

If everyone experiences these seven challenges, why does no one expect them? Is it naïve to think we won’t experience any of these ourselves at some point?

I think we’re incredibly optimistic when we’re young. Just like no one ever gets married expecting to get divorced, no one ever sets out at age 18 expecting to become cynical, bitter and jaded by age 35. But it happens a lot. Similarly, no one starts out in leadership hoping to be irrelevant and written off by the time they’re 50, but that happens a lot too. I don’t think it’s naïve to think it won’t happen. I think it’s natural to think it won’t happen to us. Nobody really thinks the rules apply to them until they do.

Is skill, talent or ability ever sufficient to compensate for the challenges you highlight?

It would be nice if they were, but I don’t believe it’s true. If you think about it, so many of the sad headlines we read about pastors, politicians, athletes and business leaders involve people who are at the top of their game in terms of skill, talent and ability. But now they’re no longer in leadership—not because of any of that, but because of their character. In terms of leadership, competency gets you in the room, but character keeps you in the room.

You write from personal experience. Talk about a few of the major challenges you’ve faced as a leader. Were you once an idealistic young pastor who thought none of these things would happen to you?

My 30s were a great decade, but also my most difficult. Our church grew rapidly. We became the fastest-growing congregation nationally in our denomination. And my bad formula for coping with growth was more people equals more hours. That just doesn’t scale. Add to that the constant churn of people who come and go, a few broken friendships and some personal issues I needed to work through, and by the time my 30s were over I had grown deeply cynical and was sliding into burnout.

As someone who has recovered from burnout, how did your response differ from those church leaders who make the news because they’ve crashed and burned? You were full-blown spiraling downward and pretty close to the point of no return. For you, that was suicide. For other pastors, it’s infidelity or embezzlement or something else. Where was the delineation that helped you overcome your dark place, where others have not?

First, there was so much grace. God really is good, even when you can’t feel him or sense him (burned out people rarely feel God, even though he’s there). But his grace was in community. I had an incredibly supportive wife and family, elder group, small group and circle of friends who stood with me. I wasn’t alone.

One of the most important things I did in my summer of burnout was tell myself every single day, “Just don’t do anything stupid.” Having mental health issues means your brain doesn’t work properly. So, things I wasn’t tempted to do before (or since) became a very real temptation. Every day in my summer of burnout, I told myself, “Don’t have an affair, don’t quit your job and don’t buy a sports car.” By God’s grace, I didn’t do any of them.

From Outreach Magazine  What Will Healthy Churches Look Like in 10 Years?

I think because I didn’t want to break the covenant in my marriage, and because I knew my calling wasn’t over, suicide just seemed like a logical way to end the pain. Burnout and depression involve a lot of pain and a loss of hope, and in a very twisted way, ending things seemed to me like the easiest way out.

My mind kept taking me to a scenario where I’d get in the car, drive at a ridiculous speed, unbuckle my seat belt and crash into a cement bridge abutment. I remember driving back to my place one day while those thoughts raced through my head and thinking, Wait a minute, Carey. There’s actually nothing wrong with you. You have an amazing wife, a great church, and you’re in good health. This is all in your mind.

That, I think, was the beginning of the turnaround. It took months to really even feel like 70 percent of myself, and a few years to find a new, healthy normal, but the demons lost a lot of ground that day.

I’m just so thankful I didn’t do anything I’d regret forever that summer. I never imagined I would heal the way I’ve healed and enjoy life again like I do. For the record, though, I still want a sports car. …

In Part 2 of the interview, Carey Nieuwhof breaks down some of the challenges he highlights in his book, Didn’t See It Coming: Overcoming the 7 Greatest Challenges That No One Expects and Everyone Experiences, and offers practical advice for avoiding them altogether. OutreachMagazine.com/Carey-Nieuwhof