Home Interviews Brian Orme: The Church in the Digital Age 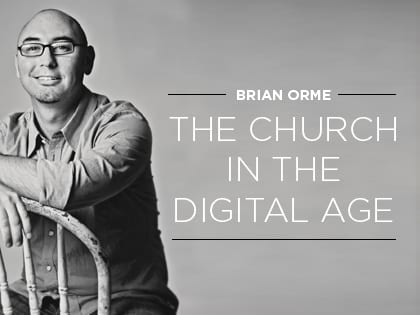 “I believe there is a world that’s waiting for us to talk about the issues in a different way.”

For the past seven years Brian Orme has played a key role in serving millions of people across the internet with faith-based, uplifting and relevant content through our sister websites, ChurchLeaders.com, FaithIt.com, ToSaveALife.com and ForEveryMom.com. Throughout those seven years, Brian has also been a good friend of Outreach magazine and OutreachMagazine.com—and at times a trusted collaborator. He’s also been a good friend to many of us personally. As he assumes new responsibilities with Open Doors, advocating for the persecuted church worldwide, we wanted to pause a moment to say thanks for all he’s contributed to Outreach Inc. and Outreach magazine, but we also wanted to glean a bit from his observations about the changes he’s seen over the years in church trends and in digital communications.

In your role as an observer and reporter of church trends, how have you seen the church change in the last decade?

There are lots of unique ways I’ve seen the church change and the way that we talk about the mission change. We’ve gone through several different trends, and there’s been a growth in accepting different expressions of the church without being incredibly fearful of them. You have all these different movements and expressions: multisite churches, multicampus churches … and I think originally there was a lot of skepticism about different expressions of the church. But in the last decade or so, we have moved past the idea that there is this finite template for doing church, which has been really positive.

There’s still some skepticism. We have to hold everything up to the light and say, “Hey, what works?” There is always complexity and things you can argue about. But in the church, we’ve become more accepting and able to say, “You know what, I think God uses many different expressions to reach the many different kinds of people in the world, and that’s OK.”

It’s been cool to watch the guard drop a little with church leaders working together. One of the best aspects of publications like Outreach magazine, OutreachMagazine.com and ChurchLeaders.com is that we get to tell those stories and bring voices together. Time after time, I would hear people talk about the different voices they heard that they would not have heard otherwise if they weren’t subscribed to ChurchLeaders.com. They got to hear from different pockets and expressions of the church. They got to hear the struggles and stories. And to do that on a daily basis—it’s something that hadn’t happened before.

ChurchLeaders.com and Outreach magazine have done a great job of pulling together the broader voice of the church so that everyone could learn and see the bigger picture more clearly. We’re no longer threatened by expressions that are different than us when we know the voices and know their struggles and hear their hearts. That’s a really beautiful trend that’s happened over the last seven to 10 years.

How has the rise of social media influenced the church and the expression of church’s mission?

Obviously, the rise of social media has been a huge game-changer for many churches and pastors and leaders. We were there right at the beginning when all of that was really taking off, when prominent social media platforms were rising to the table and churches were trying to figure out, “How do we use them? How do we leverage them?”

We went through lots of fits and starts, and we’ve seen a lot of bad models that are out there. But at the end of the day, churches are beginning to embrace social media more for what it’s actually used for—communicating and building community—and less as just platforms for PR or sharing their messages. It’s become a valuable, integrated part of the messaging and ministry of churches today, and I think that will continue to increase.

Which issues do church leaders need to have on their radar in the next decade?

One of the big ones that came out in this past election is the way we talk about politics and engage the culture. There is room for a lot of differences within the church, and we have to be civil in the way that we talk through those differences—or we’re going to lose our credibility. A lot of people would say the church has already lost its credibility because of the way we talk about politics and cultural issues, because we push people out rather than invite them in.

The way that we engage people online has a lot to do with that. The way that we message and craft our online voice is critical. It’s part of our mission field—the way we communicate with others and the way we talk and disagree. It’s an interesting dynamic. There are pastors of large churches who have lost their jobs because of media decisions.

From Outreach Magazine  What if You Suddenly Lose Everything?

And then there are the really hot-button issues like LGBT rights. How do we talk about those things, how do we engage culture with them and how do we love people through it all? I believe there is a world that’s waiting for us to talk about these things in a different way. I don’t want to sacrifice any bit of biblical truth, but I think we have to communicate in love, in a way that listens and builds relationships. You see lots of churches moving in that direction. They are generous in the way they talk—but they are still biblically accurate. 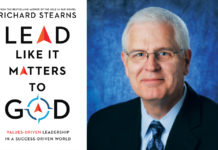