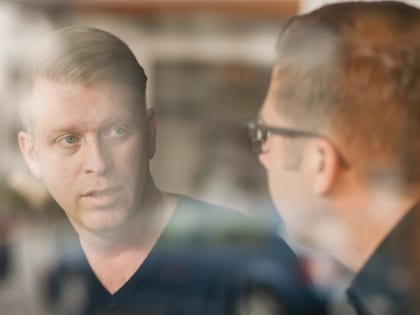 “We believe the gospel can respond to every concern or challenge that humanity faces today. We see a hopeful way forward.”

From the beginning, Christianity has had cultural impact. Martyrs and emperors, reformers and rebels—we’ve left our marks on the world. But the relationships between Christians and their wider communities are usually complex. We in the West live in an especially complicated day—the world is globalizing, pluralistic and polarized. How can Christians be confident about core beliefs while offering a way of genuine love that serves culture and neighbor?

It’s been nine years since David Kinnaman, president of the Barna Group, and Gabe Lyons, founder of Q Ideas, wrote UnChristian, detailing the changing attitudes of a new generation toward Christian faith. Their recent release of Good Faith: Being a Christian When Society Thinks You’re Irrelevant and Extreme marks another step forward in a mission to help Christian leaders move into today’s reality with insight and integrity.

Paul J. Pastor caught up with Kinnaman and Lyons in the wood and leather mezzanine of Portland, Oregon’s trendy Ace Hotel, to get the story behind Good Faith, and wisdom for cutting edge, faithful ministry.

Like UnChristian almost a decade ago, Good Faith is data-based. Was there an “aha” moment when you knew there was a book in the research?

Gabe Lyons: Neither project started with us saying, “Hey, we should write a book.” David and I are close friends—always asking the other what they’re seeing, and working to understand our culture.

Good Faith grew out of Barna research that was so stark, we knew we couldn’t just communicate trends to the church, but that we needed to write a call to Christians. We spent about 30 days praying and processing the idea with our teams. There was such a sense of urgency and importance to this data; we knew we needed to do this.

David Kinnaman: Exactly. Barna was researching religious liberty—asking about the future of religious institutions. For over a year we’d worked to understand the challenges that pastors and other Christian leaders face when they speak out on culturally tense issues. At one point, Gabe called me. “Hey,” he said, “we should consider another book.”

I can understand the importance, but what gave such urgency to the book?

Lyons: It was obvious that pastors were uncertain how to speak about the cultural changes taking place. As a result, the data showed a generation quickly losing confidence that Christianity can speak to the greater issues in the world. Addressing that can’t wait. That discussion needs to happen now.

We believe the gospel can respond to every concern or challenge that humanity faces today. We see a hopeful way forward. What seemed missing was an articulation of what that way forward is—how the church can walk into difficult conversations with confidence, instead of shrinking away.

Kinnaman: Yes, it was pastoral, a local church urgency. But there was also a national, even global, urgency. We knew this would be an election year that highlighted the role of Christians in the public square. We had no idea how true that would be, with this election shaping up the way that it is! Even more than we could have imagined, Good Faith is relevant as Christian institutions to face into these days of confusion.

David, two words leapt at you from that data—“irrelevant” and “extremist.” How did that make you feel?

Kinnaman: I was shocked, deeply shocked. I really wrestled with it—I mean, the results came back and people, a lot of them, were saying that praying in public was religious “extremism.” I saw at once that there is no way that any Christian institution—church, school, parachurch, etc.—can avoid wrestling with these issues and sentiments. They have to understand the cultural implications of this for how they are going to function in the years ahead.

Jesus doesn’t need institutions to accomplish his work, but it is hard to educate and form the next generation in our society if any sense of public or institutional Christian faithfulness is viewed, inaccurately, as bigotry.

What other surprises did the data hold?

Kinnaman: My jaw dropped even further when I saw the data related to what we term “the new moral code”—the percentage of Americans who identify “the self” as the center of their spiritual lives. They are their own judge and jury, deciding what’s right and wrong, which is so counter to the teaching of Christianity which says that you find yourself through a fixed point outside yourself—Scripture.

Also mystifying was the degree to which the church has become so similar to the broader culture. We Christians live out this new moral code too—believing that we should pursue what we desire most, that we shouldn’t criticize someone else’s life choices, that we should find ourselves by looking inside ourselves. Based on that research, I think this is why many topics are so confounding for the church—like sexuality, race, consumerism, politics and so on. We’re living out a moral code that’s foreign to our faith—because we’ve lost the fixed point of scripture.

Lyons: That was huge. But what surprised me most was how deeply practicing Christian millennials feel that they’re sidelined in this current cultural moment. Almost half of them feel “marginalized”—59 percent feel “sidelined,” 46 percent “silenced,” 47 percent “afraid to speak up.” That’s exactly what we’re addressing—when we start to lose confidence that we have something meaningful to say, we start to be quiet. But that’s not how Christians—especially our future leaders—should respond.

My concern is that this generation doesn’t hear from their pastors just how much our faith has something to offer to the world, a world that is asking big questions these days.

There’s so much uncertainty—this election’s highlighted that. In some ways the world is getting flat again. And that creates a tremendous opportunity for Christians to lead—not in a way that we’ve seen in previous generations, which was about political power, but as a counterculture offering a better way forward. 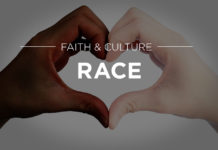 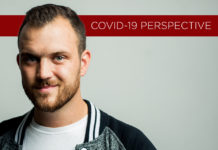