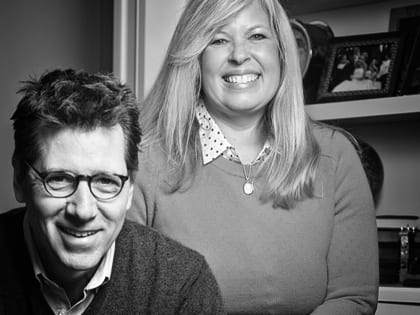 “We often say that awareness is curative. You just shed light and pull back the veil and bring awareness to an issue. That so often opens a window of grace for a couple.”

In Part 1, Les and Leslie Parrott talk about the foundation of their marriage ministry and the audacious and hopeful goal of elevating marriage in the church. Here the delve into the particulars of the SYMBIS marriage assessment tool and the book on which it’s based, Saving Your Marriage Before It Starts. »

“You can predict with a 94 percent accuracy rate whether a couple will succeed or fail in their marriage based solely on how they fight. That’s not whether they fight—it’s not even how often they fight—but how they fight.”

You’ve created the SYMBIS assessment tool, which came about as a result of an ambitious revision of your already successful book Saving Your Marriage Before It Starts. The book is structured around seven questions or themes. Let’s hit the highlights. Tell us about “myths of marriage and facing them with honesty.”

Leslie: When we talk about the myths of marriage, we are looking at the hidden, unspoken expectations we each bring with us into married life. When our expectations aren’t based on reality, they are often devastatingly disap-pointing and can lead to unsettling questions: Is our marriage good? Did I make the right choice?

What we wanted to do was uncover those myths and help couples face them, not in a way that takes away their joy and excitement about married life, but in a way that puts them in a state of expectancy for what a great, healthy marriage looks like, rather than expectations that are based on unreality.

These myths have to do with the unspoken rules that you bring with you from your family of origin about what marriage looks like—even unconscious role expectations. What is it a loving husband will do? And what is it a loving wife will do? We don’t realize we have a template for this. It’s something you unconsciously absorb and then you get married and because your spouse isn’t living by that script they may not behave in that way and they leave you feeling unloved and they’re mystified. They don’t get it. Why are you reacting to this?

We often say that awareness is curative. You just shed light and pull back the veil and bring awareness to an issue. That so often opens a window of grace for a couple. Not that those expectations won’t still be there, but when they run into them they can have a sense of humor about it. They have perspective; they’re prepared instead of an aching devastation that casts such doubt—Do I love this person? Do they love me? Did I make the right choice?

Les: This comes out of research at Yale University and it was really ground-breaking research at the time because no scholar was delving into romantic love. Researchers though it was too mushy; it didn’t seem academic enough. That changed about 20 years ago when Robert Sternberg’s research led him to some-thing he calls a triangular theory of love, which sounds like a major snoozefest, but it is really practical. It has to do with the three essential ingredients of love: romantic love, and that is passion, which is the biological side of love. That’s often what gets two people together. And then intimacy is the emotional side of love—the sense that “you get me and I get you like nobody else on the planet.” And then the third is commitment, the willful side of love. And commitment of course is that capacity to say in spite of everything I can’t seem to pin down in my life, I’m going to make one thing rock solid and that’s my relationship with you. So you can think of these as the hot, warm and cold ingredients of love—passion, intimacy and commit-ment. When you have differing degrees of those three ingredients, you come up with different love styles.

From Outreach Magazine  How One Church Does It: Tailor-Made Connections at The Church on the Way

You talk about “the habit of happiness.”

Les: Of the seven questions in the book, this is the one that just squeaked in, because we thought, This is not a typical kind of content area for marriage preparation. And yet this chapter is the one we’ve received the most emails about from couples early-on in their marriage. Emails of gratitude, because it’s made all the difference for them.

The habit of happiness sounds like something pretty glib, but it’s not. What we’re talking about here is the capacity to adjust to things beyond your control. This is kind of the shock absorber for the marriage relationship. We have a premise that every good marriage eventually bumps into bad things, and how you handle that can make or break your relationship.