“I was 11 and had this profound sense in my soul that God said, ‘You are going to be a speaker to your generation.'”

What makes a good leader?

I’m still a rookie, so I don’t know how much I’ve learned. Every good leader is good at being themselves and has a healthy self-assessment about where they are strong and where they are weak. A leader utilizes his strengths and understands where he is weak and puts others into those places, which hopefully reduces competition and insecurities. It provides opportunities for others to be strong and use their gifts.

Doesn’t Paul call it the body?

I think Paul speaks to that in terms of the foot not wanting to be the hand, which is a great metaphor for understanding our roles in the body. Some parts get more recognition; they are no less valuable, just less recognizable. Every member doing what they do best is so critical. Those of us more recognizable must do our best to honor those who aren’t. We have to make sure to cultivate a community of gratitude and thankfulness.

It starts with a commitment to the culture of honor. Some people are uncomfortable with honor because they see it as flattery. Paul speaks against flattery, but he is pro-honor. The difference is, flattery is saying something that isn’t true; it’s just blowing smoke. Honor is identifying and amplifying what people are good at, and recognizing that Scripture says honor should be given to whom it is due.

Tell me a story of you showing honor, not flattery at City?

This is easy, honor is one of my favorite things to do. We have some of the best sound and lighting crew people around. Ethan Salinas is one of my favorite guys; he’s just amazing. He gave his life to Jesus at City Church. He runs sound; he always has something funny to say. I’ll point him out up in the crow’s nest, and I call him the “Sound Man of God.” We just do ridiculous stuff. Normally, a sound man doesn’t get recognition. Honestly, I think the late night [television] shows do such a good job of finding creative ways to bring backstage guys to the front. It’s a way of showing honor.

From Outreach Magazine  Larry Osborne: 'Discipleship Is a Two-Way Path'

We started that campaign with billboards and bumper stickers to connect with the city. I had this brilliant idea of “Jesus Loves Seattle.” I told the creative team and they said, “Really?” I wanted it to be big, all about Jesus, not about our church. Bringing the water level of God-awareness up. One guy suggested we do “Jesus is___.” Just leave it blank. It will be provocative. It will make people want to fill in the blank. We got a website up real quick, billboards, etc. It caught fire, went viral. Talk shows, even other belief systems used it to promote what they believe. We just wanted to get Jesus on the minds of Seattle. Just get conversations started. Then, I began preaching on the _____. What the church thought filled in the blank.

What were some of the responses on the website?

Jesus is a joke; a way for people to get money; a figment of a preacher’s imagination; my Lord and Savior; mind control; old guy from the middle east; my home boy; one of many gods; the worst thing that ever happened to me; my best friend, etc. We couldn’t believe the traffic we got and people’s willingness to engage the question.

How does the church connect to a city like Seattle with so many misperceptions about Jesus?

We have a lot of work to do. I don’t blame people, is how I see it. There are a lot of deplorable things that have been done through history in the name of Jesus. I’m the one saying, I get that. The idea that people should be cool with Jesus is something that preachers need to reconsider. We have to work at reintroducing Jesus as who he really is and what he’s really about. It’s showing them, not just telling them, that’s the project ahead of us. 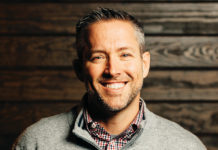 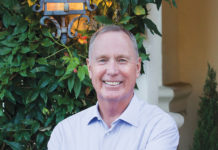