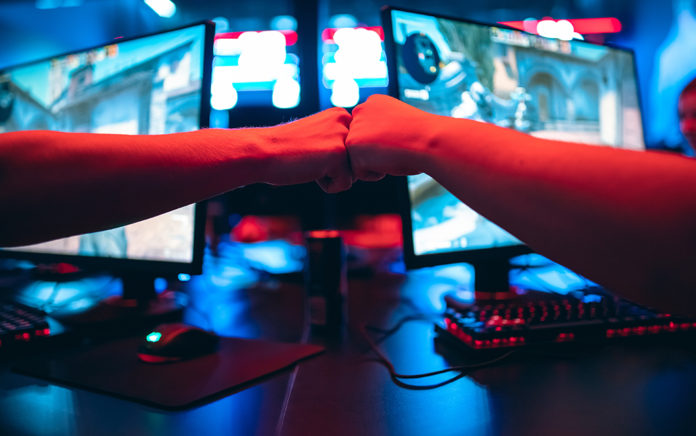 Maybe when you were a kid the majority of people playing video games fit into a certain descriptor like geek or nerd, and the picture you have in your mind might be that of an anti-social basement dweller, but that is not the case anymore (and could be argued it never was). Today, gaming is the great equalizer as people from all walks of life are playing.

Teenagers in your student ministry across all subcultures are playing games and many of them are playing together. Think about that—playing video games is bringing people together across the stereotypical clique lines in ways that student ministries have struggled to do for years.

THE INFLUENCE OF GAMERS

The COVID-19 pandemic has seen video game use rise as part of the longest spring break we’ve ever seen; Microsoft and Sony have both announced and previewed their next generation gaming consoles; and within the last week a monumental event took place in the world of gaming with the return of streaming giants Guy “Dr.Disrespect” Beahm and Michael “Shroud” Grzesiek playing video games to audiences of more than half a million people each.

And, while these two are toward the top of the game streaming food chain they are only two of thousands of people who think of themselves as full-time content creators or streamers and who make a living doing so. Why should you care about this as a youth worker? One word: influence.

The names I mentioned may not mean anything to you, but they (or people like them) do to your students. To your students they are much more than streamers, they are influencers and community builders using platforms like Twitch and YouTube as their base of operation. People from all walks of life are finding community together under the common banner of support for one streamer or another.

In our culture, these are the voices influencing this generation of teenagers, including the ones in your student ministry. As a youth worker, a person who desires to be a spiritual influence in the life of a teenager, you need to be aware of other voices of influence. Here’s how you can do that:

Spend time on YouTube and Twitch paying special attention to people your students are watching. It is as simple as asking them who they like, but understand that there are some they may not want to admit to you. Knowing more about the voices who are speaking into the lives of students you are ministering to will equip you for spiritual conversations that connect to their daily lives.

2. Don’t Mock or Criticize Video Games or Playing Them.

For some reason this is a common pattern for many youth workers. At some level I think it is generational; in most cases it is a lack of understanding.

The dichotomy is clear when teenage athletes and musicians are praised for hours of hard work while gamers are scorned for hours of gameplay. And, before you begin defensively throwing logical points in my direction about how these comparisons don’t make sense, please understand I am giving you the perspective of the teenager. To the gamer teenagers in your ministry, they don’t see a difference.

In gaming, they see opportunities to earn a living, to build community, and to sharpen their minds through fast-paced strategic decision-making. It also happens to be really fun, which we would never throw stones at for other activities that teenagers say they enjoy. Rather than mocking and criticizing something that they love, try to find common ground where you can build relationship leading to spiritual conversation.

3. Help Them to See Their Gaming Community as an Opportunity for the Gospel.

In student ministry we often tell students to share their faith with people at the lunch table, on their team, in the band or as part of any activity they are involved in. It is true that God places them within circles of people for gospel impact, and the gaming world should be no different. As youth workers, we should be helping teenagers see that the communities they are in through gaming are mission fields ripe unto the harvest.

From Outreach Magazine  Why Teaching Kids Theology Is Important

Do you need to start playing video games and watching streamers in your spare time to be a youth worker? No, but you do need to know the world your teenagers live in, and the influential voices they are hearing. Beyond that, you need to be familiar enough with their world to be able to construct relational bridges leading to spiritual influence.

When you show interest and care about the things your students care about it gives you the opportunity to speak into their lives in a different way, allowing you to help them follow the Lord and become a light in the culture in which they live.