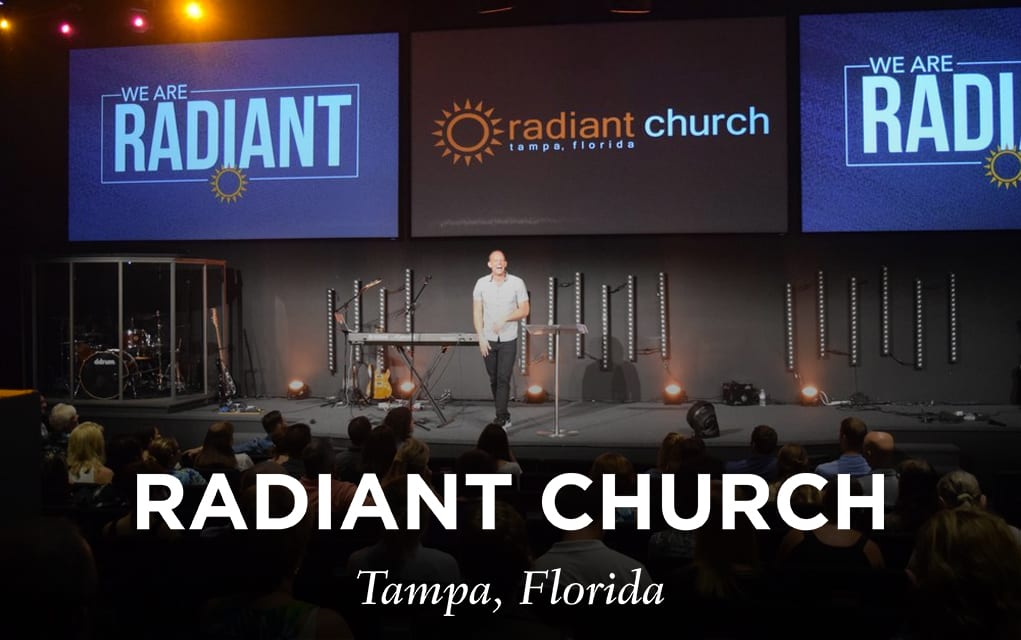 When Louis Breeding first walked into Radiant Church in Tampa, Florida, three years ago, it felt like no church he’d ever visited.

“I really felt at home from the first time I entered the church,” he says. “From the parking lot to my seat, I was made to feel at home.”

Likening the experience to entering a room filled with loved ones and close friends, Breeding says every staff member and volunteer he met exuded genuine warmth. Today, he really considers the church to be his family. He’s not only met good friends there but his fiancée as well.

While he believed in Christ before attending Radiant, Breeding used to view the faith as just a religion, he says. “Radiant has shown me it’s all about relationship.”

That Breeding felt at home right away at Radiant was no coincidence, according to Lead Pastor Aaron Burke. Today, as people increasingly watch church services online rather than participate in person, it’s easier than ever for Christians to feel disconnected from communities of faith. But Burke says it’s important to turn reluctant churchgoers into active participants.

Breeding, for example, has served in a few different capacities during his three years at Radiant and now leads two small groups, a men’s group and another that provides breakfast for the needy. He also participates on the Legacy Board, designed for people spiritually inclined to be givers to advance God’s purpose.

Getting churchgoers into small groups or teams, often based on interest or personality type, has helped Radiant members build relationships, according to Burke. He adds that this aspect of the church’s culture has led worshippers to feel comfortable inviting their friends and family to services. Radiant also strives to present each service with a standard of excellence that wows newcomers and existing churchgoers alike.

Radiant services take place at two facilities: a high school and a movie theater. While these nonthreatening environments can make unbelievers feel more comfortable attending a worship service, Burke says he primarily prefers them to traditional church sites because the public tends to know how to find them.

Burke describes the community that surrounds the church as very affluent but neither suburban or urban. A number of medical and legal professionals attend services, including Florida’s attorney general, he says. Although the congregation skews young, a number of older worshipers go to Radiant as well.

“We’re very pleasantly surprised at how multigenerational we are,” Burke says. “We have found a large demo above 60 attending the church. They love it because of the number of young families. There’s a real love between the generations.”

From Outreach Magazine  God in a Second Language

As the church grows, Burke makes a point to be intentional about spiritual growth. If not, church work or busyness can edge out the time one spends on personal growth and development, he says.

“We have coined the phrase ‘spiritual growth by design, not by default,” he explains. “If it’s by default, then it’ll never happen.”