Home Ideas Two Wheels and the Word of God 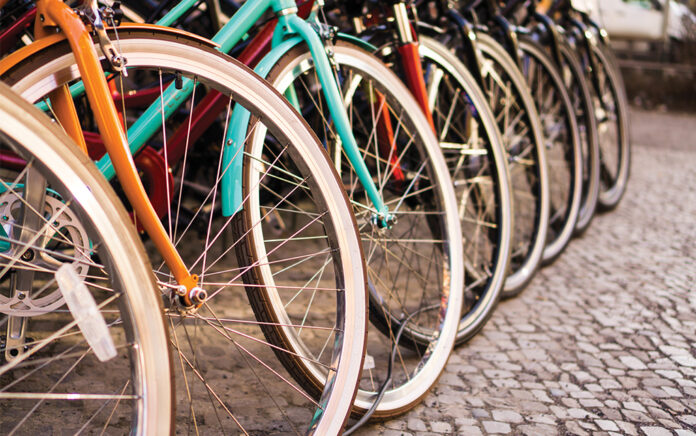 Each time the ministry gives away a bicycle, the recipient is also offered a Bible. The overwhelming response has been one of gratitude.

In 2005, Vickie Riggs, former minister of community impact at First Baptist Church in Norman, Oklahoma, organized a meal for those less fortunate in the community. In doing so, she had conversations with those who came in and learned that many of them desperately needed transportation. At the same time, several church members offered to restore any bikes donated to the church. An idea was born, and the Bikes and Bible ministry began.

“It was the perfect storm in terms of realigning needs and service,” says Angela Atkins, current minister of community ministries at First Baptist.

Once per month, the church gives bicycles away to anyone living in the county in need of reliable transportation. Each time the ministry gives away a bicycle, the recipient is also offered a Bible. The overwhelming response has been one of gratitude.

“We hear all the time what a huge difference the bikes make in enabling people to get around,” says Atkins.

Most of the bikes are donated by the Norman Police Department and nearby University of Oklahoma’s facilities management division. Other donations come from church members or the community. Bikes and Bible accepts donated bikes in any condition.

“We have a team of guys who gather twice per week to rehab the bicycles,” says Atkins. “They’ll strip some bikes for parts and scrap the metal.”

The times when bikes are given away also offer times to minister. At a recent bike giveaway, several women who were struggling asked for prayer. The giveaway volunteers, as well as others who were in attendance, gathered to say a prayer for these women to have peace.

“They needed bikes, but in that moment, they also needed prayers and comfort,” says Atkins.