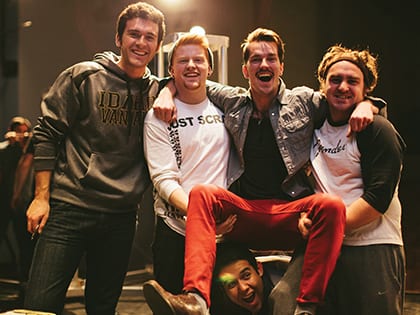 Reaching and Training Students to Plant Churches Is a Fruitful Investment in the Kingdom.

When Emily Gehlkin started school at the University of Idaho, she had never attended church. She was away from her “anti-church” family and thought, “I wish someone would invite me.” Soon after, a student from Resonate Church in nearby Pullman, Washington, came to her dorm and did so. Her response? “Yes. I was waiting on someone to ask.”

She began attending services, joined their setup team and had coffee with another student who asked if she was interested in following Jesus. Her response was the same: “I was waiting for someone to ask.” Today, Gehlkin is “pointing her life toward the same kind of students.” She is on staff at Resonate and in the next couple years will plant a collegiate church.

Ten years ago, Keith Wieser, Resonate’s lead pastor, was a parachurch minister at Washington State University when he felt the overwhelming lostness of the campus. He converted the campus ministry to a church and used students as leaders with the goal of reaching others with no church background and training them as church planters.

Today Resonate offers nine weekly gatherings on six school campuses to 1,200 people, 80 percent of whom are students. They are moving toward planting 21 collegiate churches by 2021.

Brian Frye, national collegiate strategist of the North American Mission Board, describes Resonate as part of a growing movement of like-minded multisite churches.

“If you can introduce the gospel before students have marriages, money or managers, they are more likely to invest in kingdom expansion,” Frye says.

“Students are the most reachable, trainable and sendable people on Earth,” Wieser says. “They believe they can actually do something to bring change. They don’t have to wait until they get older, and there’s a sense of can-do mentality that could ignite every church if we’d give them a seat at the table.” 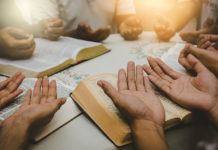 Are We Following the God of What Works?