Home Ideas How to Become Diverse: The Story of Fielder Church in Texas 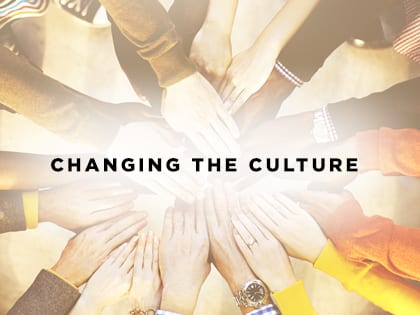 Fielder Church employs an intentional, strategic process over multiple years to change the culture of the church.

The Church: Fielder Church in Arlington, Texas
The Challenge: Build a congregation that mirrors the growing diversity of the area.
One Big Idea: Employ an intentional, strategic process over multiple years to change the culture of the church.

A funeral for an elderly white woman took place in January at Fielder Church in Arlington, Texas. During the service, one African-American young person after another stood to give testimony to this woman’s love for each of them. She was their Sunday school teacher.

A scene like this isn’t uncommon at Fielder today—but it would not have happened a few decades ago.

Fielder has always been a large, popular church in a part of town that used to be mostly white. But about 15 years ago, then-Senior Pastor Gary Smith attended the dedication of a new junior high school and realized Arlington was changing. Of the 24 cheerleaders at the dedication, 23 weren’t Caucasian. Fielder no longer reflected its community, and a slight decline in membership was symptomatic.

“The conviction to diversify started with a recognition that our strategy didn’t fit our community,” Smith says. “What happened later, though, is that I discovered the rightness of it. This is what our church should be doing.”

Fielder now has a membership that’s more than 30 percent Hispanic and African-American, and a congregation of old and new members who support the vision of diversity.

“Many churches fail at these kinds of transitions because they want a quick fix,” Smith says. “They want to hire an African-American worship leader and a Hispanic small-group guy and see a change overnight. That’s a good start, but you have to change culture. For us, this has been a four- or five-year journey of tears and strong words, of swallowing pride and asking forgiveness. But the other side of it has been delightful.”

From Outreach Magazine  Out of Committees and Into the Community

At the outset of Fielder’s journey, Smith encountered resistance. Eventually, he says, some of those who were upset came on board, and a small minority decided to leave.

“Our church right now loves this,” Smith says. “Fielder has always had a heart to reach its community, so the core of our people embraced it. People have done a lot of confessing, too, and have grown. They just had to open their hearts, including me.”

A large part of reaching their community was having a better understanding of it. To that end, Smith hired new church leaders who represented those communities, including Jason Paredes, who joined Fielder in 2005 to lead the Hispanic ministry. Today, he is the church’s lead pastor, succeeding Smith after a three-year leadership transition.

Fielder instituted a service-focused, adopt-a-block strategy to get the congregation into the neighborhoods it wanted to reach. It also opened a second campus in nearby Grand Prairie, Texas, where much diversity exists. Fielder began offering a Spanish service, making all communication bilingual, and putting Hispanic and African-American leaders in front of the congregation regularly. Fielder’s reputation began to change.

People now think of Fielder as the diverse church in the area. In fact, the Dallas Cowboys chose it to be their main partner in its annual backpack drive, and the NAACP asked Smith to speak at its Dallas-area Dr. Martin Luther King Jr. Awards Dinner, honoring Fielder for its community service.

“This is the maturation of what our church has been going through for a decade,” Paredes says. And he gives a lot of the credit to God. “I wish we would’ve had something to follow, like a four-step plan to becoming diverse. But it was just God pouring out his Spirit upon us.”