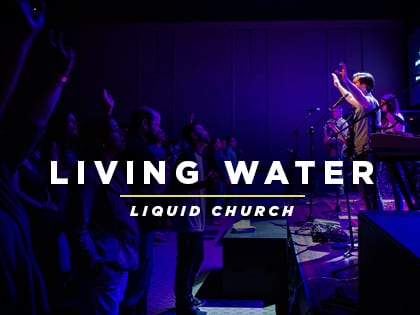 No. 55 Fastest-Growing: Liquid Church in New Jersey Is an Oasis for a Wide-Ranging Community

It didn’t take long for Kayra Montanez to see that Liquid Church in Mountainside, New Jersey, was different.

When her family of four relocated from Puerto Rico to New Jersey four years ago, they immediately began to look for a church community to call home. It was not only vital to find a community that would spiritually feed the family, but also to find a place they could safely bring their baby, Andy, who has Down syndrome.

Montanez recalls the moment they pulled into the church’s Morris County campus at a Hyatt hotel and almost immediately feeling a sense of relief.

“The first person we saw handing out bulletins was an adult with Down syndrome,” Montanez says. “As we walked in, we just said to each other, ‘This is so cool.’”

Montanez soon discovered that the church had its own special needs ministry, in a “buddy program” that gives each child one-to-one care. It was particularly important for Montanez to see that her child would not simply be babysat, but be included in the community and fed spiritually.

“It’s part of the redemptive story of Christ,” Montanez says. “And we can use our son’s diagnosis to now help others going through the same. At church, we can be fed while he’s being cared for—and fed, too.”

Montanez credits the program as one reason why Liquid Church keeps expanding, as it is opening its sixth campus this fall. Montanez now helps lead the church’s Morris County campus, where she works to help “make our big church seem small,” she says.

From Outreach Magazine  "I Expected More" - Lessons From a Mystery Visit

Lead Pastor Tim Lucas says the church’s special needs ministry is just an extension of how Liquid Church views community. The church aims to not only serve those with special needs but also provide a break for their parents, who deal with hardships every day.

“When you see a group of people that are underserved, that’s an incredible opportunity for ministry,” Lucas says.

There are a few reasons Lucas cites for the church’s growth, even with a name that, at first, may seem peculiar.

“When people hear our name, they assume we’re either a cult or drinking frat,” Lucas says, laughing. “But Jesus called himself ‘Living Water,’ and we want church to be refreshing and restorative.”

According to Lucas, all are welcome to the table at Liquid Church.

“We’re externally focused,” Lucas says. “We are all about the people who aren’t here yet. The people who are already core members and volunteers have the attitude of saying, ‘Let’s go fishing.’”

The pastor says the church’s outreach strategy is a response to their unique and wide-ranging community, which is just miles away from suburban neighborhoods, New York City and small-town New Jersey. And the church is culturally rooted in a similar manner.

“We are a grace-driven church,” Lucas says. “Our first two tenets are that grace wins and truth is relevant. Our posture is that anyone is welcome here. And we have a come-as-you-are environment, whether they’re investment bankers on Wall Street, men in recovery from addiction, single parents and people of all races.

“New Jersey is [one of the most] diverse states in the country, and our church reflects that.”

From Outreach Magazine  Try This: Host a Business Networking Group

That diversity brings opinions of all kinds, too. And to reflect that, another way the church has reached newcomers is through technology. During election season, the church won’t just offer opinions; it projects live texts from the audience about how they feel regarding political topics in real-time.

“It’s not about being cool or trendy, but it’s recognizing that the sermon has to change,” Lucas says. “And we have to realize that social media is not a megaphone; it should be telephone, with ongoing discussion.”

And whether it’s on social media or in person on Sunday, Liquid Church seems to be making its message of inclusion loud and clear.