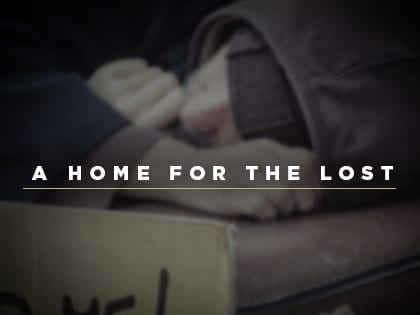 Under Over Fellowship in Conroe provides a comfortable church environment for the homeless and nonhomeless alike.

In August 2015, Cam was released from a five-month prison sentence. He walked out with nothing but the hospital gown, slippers and blanket he’d been issued while recovering from a bullet to the chest.

“The day they released me, I was walking down the road, and I prayed to God for some clothes and shoes,” he says. “I wanted to feel human again.”

A year later, he has that, and then some: a wife, a house and a job. Cam’s turnaround is thanks to the work God is doing at the church where Cam is now on staff, called Under Over Fellowship.

Under Over, a Southern Baptist congregation in Conroe, Texas, is changing lives by doing church differently than the norm. The church worships outdoors in a park year-round, but it owns two buildings that function as a “Dream Center.” Half of its members are homeless, but the other half are doctors, blue-collar workers and everything in between.

“We have people in the midst of addiction sitting next to people who have never seen drugs,” says Pastor Jerry Vineyard, who planted the church in 2011. “It’s really incredible.”

Related: Shades of Grace in Tennessee is a church for the homeless »

Vineyard doesn’t consider Under Over a “homeless church.” Instead, he explains, it’s a church where the homeless feel comfortable. That’s been the goal from the outset.

An art teacher of 16 years and former junior high football coach and youth pastor, Vineyard developed a burden for the marginalized many years ago. In those days, he’d bring 80-100 unchurched school kids to church with him.

“The church really loved the size of the youth group, but they didn’t like the baggage that the kids brought with them,” he says.

A string of similar disappointments followed at a handful of other churches, but they all led to the Under Over church plant.

The first Sunday, 65 people showed up for service and fellowship in the park. And the church’s ministry efforts have exploded.

Now, men and women live, work and train for jobs in the church’s two buildings. They have access to laundry, showers, a clothing closet and food. And more nonhomeless folks have flocked to the church, feeling called by Christ to live out the Great Commission in this way.

But as a small church with a small budget, ministry is only possible through faith in God, financial and volunteer partnerships with other local churches and a spirit of generosity.

The church spends 65 cents of every dollar it receives on ministry, missions and planting other churches. It keeps overhead low with a volunteer and part-time, bivocational staff. And it creates mutually beneficial work opportunities for those it’s serving.

But this unique scenario has presented challenges, the biggest of those being mindset.

“We realized from the get-go that some people are going to take advantage of us, and we’re okay with that,” he says. “We understand who provides the resources, so we’re not worried because we know God has that under control.”

But despite his emphasis on lifting people out of homelessness, Vineyard explains that Under Over exists to bring every one of its members together in Christ, homeless or not.

“People want to call us a ministry, but we aren’t. We’re a New Testament church,” he says. “We feel that this is what the church is supposed to be doing. Our goal is to make sure everyone understands their worth in Christ, that there is no separation between me and the guy who is struggling with a crack cocaine addiction. I can just hide my sin a little bit better than he can. So we come alongside them, love them and call them sisters and brothers. We’re a great, big dysfunctional family.”