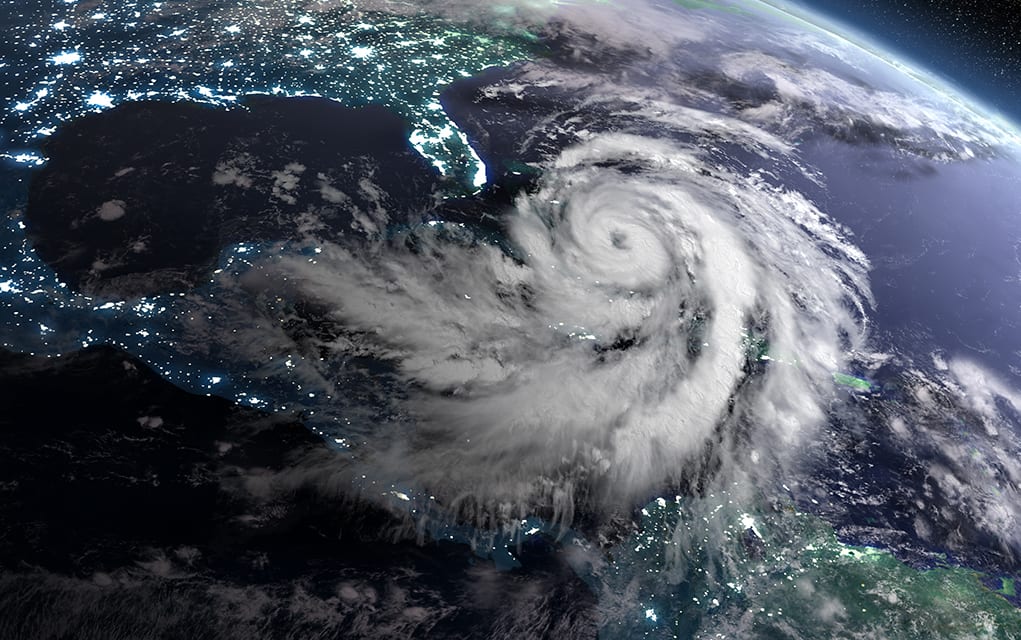 Here are ways that your church can most effectively team up with other churches to help those who are dealing with the devastation of a natural disaster.

He held back tears.

While wearing gloves and a special mask, I handed him a box from his master bedroom closet, knowing he didn’t want me to throw this away. This father looked at what Hurricane Harvey had ruined: his daughter’s birth certificate, a paper with the footprints from his daughter’s first day in the world and stacks of pictures she drew for him—all tainted by flood waters filled with fecal matter and bacteria.

As he looked at this box of memories, of love between him and his daughter, he sighed. He quickly turned his back to me, wiped his eyes, cleared this throat and left the room. I exhaled, sat on a night stand whose shelves were still filled with flood waters, and thought of my daughter. I choked up, lifted my mask and said aloud in this empty room—while knowing a throne room was hearing me, “This is horrible. This is harder than I thought it’d be.”

Loving our neighbors in the middle of a disaster zone will feel beyond us. It is. Loving our neighbors is always supernatural. Whether you are reeling from a hurricane like Harvey or Florence, or helping your neighbor move one of those two-ton couches with a bed hidden in it—Jesus is with you. He’s always with you. He’s empowering you. He is the vine, you are a branch and with him you will bear much fruit as you serve those affected by Hurricane Florence.

The aftermath from Harvey was discombobulating. So many were hurting, there was so much damage, so many emotions. As you look to love your neighbors as yourself, prepare to be stretched beyond what you would normally do. You can’t do what you would normally do because post-hurricane will be your new normal for awhile. Disaster redefines schedules, ministry focus and what it looks like following the Golden Rule.

As our church began to serve people suffering from Harvey—boat rescues, mudding out and demoing homes, cleaning, meals, clothes, rebuilding and more—we learned a few things about ourselves and the whole body of Christ.

EVERYONE CAN DO SOMETHING

Everyone in the church I pastor, Redeemer Church, rose to the occasion—not just the men with their hammers, saws and Advil. Avoid stereotypes when strategizing. Women and men in Redeemer Church put on their construction gloves, picked up their tools and demoed homes together. They cut sheetrock, dragged Harvey-logged carpets to the curb and hauled trash bag upon trash bag. Everyone can play a part.

From Outreach Magazine  7 Signs Your Church Is Healthy

Our church building morphed into a donation center. Piles of clothes were gathered, sorted and distributed to shelters. Children were folding and moving clothes to the right tables for delivery. Clothes will be one of the fastest supplies that comes in. Don’t feel bad telling people you don’t think hurricane victims will want their stretchy gold dance pants. This isn’t a time for people drop off the junk they’ve been meaning to get rid of.

Instead of giving tons of clothes, consider washing people’s clothes, picking up and delivering them as needed. Don’t forget about other needs like diapers, formula and clothes for babies. Remember the elderly. Brainstorm with people on the needs going forward.

Food will be an ongoing ministry. After Harvey, an assembly line formed in the worship center to make nearly five hundred lunches for a shelter. Men, women and children all shared the task together. They were a sandwich factory. Bread, pass it. Lunch meat, pass it. Slice of cheese, pass it. Bread, bag it. On and on. Ladies packed lunches and delivered to our demo crews and and anyone else who needed a meal.

Our building was a beehive of ministry because our body was mobilized. The deacons were humming. The strong women in our church were getting ministry done—and I, the lead pastor, had nothing to do with it. I loved every minute of it.

Pastors must release the body to serve without needing a rubber stamp for everything. Organize, yes. Plan, of course. But don’t clog up the church with a need to always be in the know. And don’t hinder the task by trying to go it alone.

Don’t cast a vision that your church alone will be the ones to rebuild what the hurricane has torn down. If you want to be effective at loving your city, love the church down the street and partner together. Churches are gifted, equipped and resourced in varying ways. Your church may be able to get a lot done on their own, but don’t settle. Invite other churches in, join your networks and resources, and get to work for the good of others.

From Outreach Magazine  Why Unity Means Deference to Others

Our church had plenty of people willing to help, but we didn’t have all of the resources. But a Methodist church down the highway had a gym filled with resources and needed some muscle. We partnered together and demoed home after home. The Church of Christ is better together.

As weeks went on and our man power lessened—people had to go back to work—we joined up with another church who was still surging strong. Interdenominational unity in the midst of disaster is an example of love from on high, showing the world what it looks like to be disciples of Christ (John 13:35).

Partnering to serve the people in your city will create a new community in your city. Instead of churches side-eyeing one another from time to time, you might find a non-awkward side-hug take its place. Pastors from different places who encourage partnership show their sheep that they aren’t at odds with other pens, pastures, or pastors in town. We are together for the fame of Jesus.

Everyone, and every church, can play a part in working together.

Hurricanes bring disaster and destruction, but the Church of the risen Lord Jesus is not phased. We’ve got a power that is off the grid. As you donate diapers, smoke ribs for a shelter, and go to bed exhausted from the day, don’t forget: the Lord is with you.

J.A. Medders is the lead pastor of Redeemer Church in Tomball, Texas, outside Houston, and the author of Gospel Formed, Rooted. He writes at JAMedders.com, The Gospel Coalition, Desiring God and more. Follow him Twitter at @mrmedders. This article originally appeared on LifeWayVoices.com.