Home Features Why Your Church Needs a Hispanic Ministry 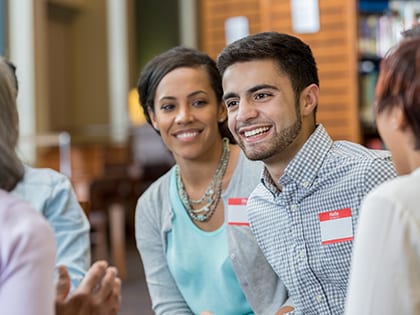 The Hispanic population in the U.S. is growing, here’s how your church can effectively reach them.

Did you know that the Hispanic population in the United States is growing more rapidly than almost any demographic? Since 2000, the Latino population has been the largest driver of population growth in the country. In fact, if you live in the southwestern part of the country, you likely live in a majority Latino area or an area that is quickly becoming one. In states like Texas and California, nearly half of all births (around 47 percent) are Hispanic children.

They are not alone. Other states are seeing an influx of Hispanic residents as well. Florida and New York births are nearly over 25 percent Hispanic while states like Tennessee and Georgia see around 10 percent Hispanic births.

What does this mean for the Church?

With nearly 60,000,000 Hispanics currently living in the U.S., it is time for churches to focus time and resources to reaching them. Traditionally, Anglo churches have always been supportive of missions and evangelism in Latin American countries and have had great success doing so. The mission field has now come to their own backyard.

Unfortunately, we have not yet seen the same desire from Anglo churches to plant churches and build Christian communities within the American Hispanic population as in Latin America. For some reason, the church tends to think that reaching them is someone else’s mission, but this is not true.

What are the obstacles?

It can be difficult to understand cultural differences, especially if you’ve only ever experienced American culture. We don’t know what we don’t know. Understanding the influences and nuances of a foreign culture can make interaction, relationship building and evangelism difficult.

Having a “foreign accent” presents a challenge for Latinos as well. It provokes a feeling of not belonging and of not being at home. People will often speak to you as if you do not know anything, despite your ability to understand the American accent.

These are just a few of the reasons that contribute to the reality of Anglo people avoiding friendships with Hispanics. It is not necessarily out of the hardness of hearts, but the ignorance of culture and discomfort that comes from interacting with members of another culture.

How do we overcome the challenges?

We have a God-given chance to really represent the gospel to Latinos. Their community can be transformed if they know Jesus, just like any other community. There is a window of opportunity to reach nearly 60 million Latinos in America today, and the number will continue to grow.

This group, who will soon become the majority, will be shaping American culture in the near future. The church needs to realize the mission field has changed; it has come to America. We must embrace the call of Jesus to preach to all and take advantage of this opportunity to minister to an entire people group.

If you don’t have anything in your church to reach Hispanics, it is time to adapt. Start up your own ministry or partner with one that is already successful in reaching the Latino American community. You can’t do it all, but you can do something to reach one of the largest communities of people in our country.

Edgar Lira is a pastor and musician who lives in the Las Vegas area. This article originally appeared on NewChurches.com.