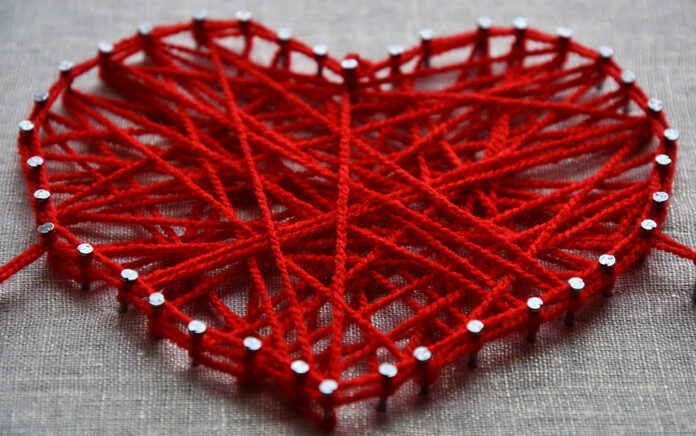 Launch strong by keeping these things in mind.

The multisite strategy had become a proven model for church reproduction for more than 8,000 churches across North America before the pandemic—and it’s not slowing down. According to the latest ECFA survey, 67% of multisite churches added a new campus location in the last three years.

Though nearly 8 out of 10 multisite campuses are flourishing, many multisite campuses struggle, and a small number do fail. Why do people return to the sending campus after launching a multisite campus or even go to another church? What hinders sent people from becoming staying people at a church they helped birth in their own community? What is the key to retaining the launch team and sustaining a growing multisite campus?

Even with all of those steps, launching strong is actually the easier part (not easy, but easier). The harder part in the sending church’s multisiting is to maintain an ongoing commitment to a sustainable multisite model that reproduces your church across multiple locations. A failure in any of these core areas is often responsible for anemic campuses or campus closures.

1. Launching without clarity about your church’s mission, vision and discipleship pathway.

Multisiting is all about reproducing who and what you are as a church. The most effective multisite churches are healthy churches with clarity and unity around their mission, vision, and discipleship pathway. Launching without clarity and unity is a recipe for failure.

2. Inadequately explaining and envisioning the “why” of multisite.

There are many logical and stewardship reasons to multisite, but the primary reason to multisite is because you become convinced that it is the best strategy to fulfill what God has called your church to be and then to do. Multisites are not about an extended overflow room or a vehicle to become a bigger church. It’s not about the size of the church—it’s about the size of the harvest. Multisite done well is about reaching more people by obeying the Great Commission to make disciples who make disciples.

3. Underestimating or underfunding the startup cost of a new campus.

Though multisiting is less expensive than buying land and constructing additional buildings, it is not cheap. Approaching the campus launch with an attitude of “how little” can we spend instead of “how much” does it take to reproduce our church strong from day one is short-sighted.

From Outreach Magazine  Why We Continue to Do Mass Evangelism

4. Launching too close or too far from the sending church.

One of the most amazing and consistent facts about church attendance is that the majority of churchgoers in North America live within a 15-minute commute of their church campus. The rest live within thirty minutes. This is why the largest percentage of multisite churches (57%) in the latest survey launched a campus between 15–30 minutes of the sending church.

Facilities need to be in an area where there is already a strong contingent of people attending the sending church. Launching less than 15 minutes away is too close to the sending church, more than 30 minutes is usually too far away from the church base. Rural communities have a little more latitude on distance between campuses.

5. Launching in the wrong facility.

The most financially sustainable model for multisite churches is to launch big in smaller facilities with multiple services. The ECFA survey revealed that the largest percentage of multisite churches (45%) launched in facilities with 200–500 seats. The ideal facility is easily visible, accessible and financially affordable. Facilities need to be big enough for dynamic worship, children’s programming, lobby space and adequate parking but small enough to get to multiple services within the first year.

The burden of a multisite campus is that it needs to start day one as good or better as the sending campus. We would not expect less from a new Starbucks or Chick-fil-A store, so why should we expect less when it comes to God’s business?

7. Launching with too few.

The strength of a multisite launch is the core of followers who come out of the sending congregation. Most already live in the targeted area of the new launch. Enlist enough people to dominantly deliver the key ministries in a sustainable way. The most successful multisite churches launch with a strong core of at least 10% of the sending church attendance. The larger the launch team core, the sooner the campus becomes self-sustaining functionally and financially.

8. Asking people to just show up instead of signing-up to serve for one year.

Ask the launch volunteers for commitment to serve in one of the key ministry areas of a local congregation for one year. If people commit to serve for a year, they’ll usually stay beyond a year. They become an inseparable band of brothers and sisters having served in the trenches of launching a church together.

9. Launching without a full-time campus pastor.

The face with the place is the most strategic role at a multisite campus because everything rises or falls on leadership.

11. Launching with a campus pastor who does not possess the DNA of the sending church.

Multisiting is all about church reproduction. Most campus pastors are internal hires with a year or more experience at the sending church with its DNA flowing through their veins.

From Outreach Magazine  Focus on One House

12. Under or overstaffing the campus.

14. Launching the campus as a “satellite” of the “main” campus.

The best multisite campuses function like a fully-functioning local church with the same quality programming as the sending church. Likewise positioning the campus pastor as merely a largely unempowered assistant to the senior pastor undercuts the campus leader’s impact.

15. Lack of consistency at the campus.

Multisiting is all about taking your church to the ‘hood. The promise of multisite is to be one church in multiple locations, not one church with the same name but different experiences. In the same way people have confidence in going to Chick-fil-A or Starbucks for a consistent qualitative experience, the key to multisite success is delivering the best ministry practices in a standardized and consistent way across all locations.

The key to the ongoing success of a multisite campus is a dedicated central team committed to its success.

17. A faulty assumption that “if we launch it, they will come.”

18. Failure to get and/or follow the advice of the consultant.

The benefit of engaging an experienced consultant is to avoid paying the “dumb tax.” This will save you more time and money in the long run than charting an unknown path without an experienced guide.

Launching strong doesn’t guarantee success but it does set up the campus for long-term success. Most of us have seen a televised launch of a space shuttle rocket from Cape Canaveral. An incredible amount of fuel is burned in a matter of minutes in order to lift the rocket off the launching pad into the earth’s atmosphere and propel it into outer space. When launched strong, the rocket picks up enough momentum and speed to overcome the gravitational pull of earth and arrive at its ultimate destination to achieve its mission.

We’ve also seen earlier rocket launches that imploded on the launch pad or fell in the ocean soon after liftoff. All the effort, energy and expense were wasted due to a failure to launch strong.