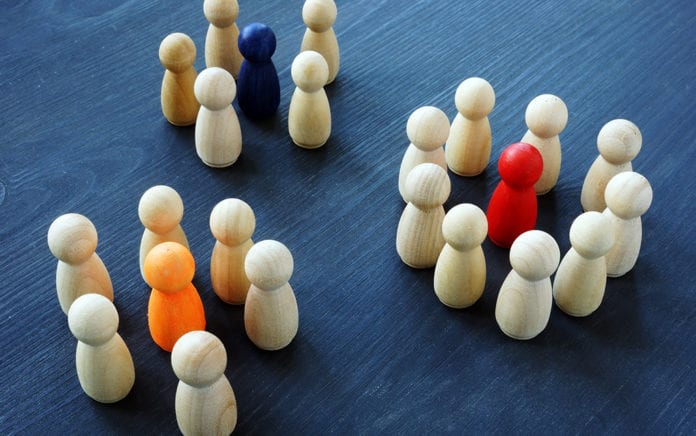 Multisite is no longer a fringe idea, but has come of age. Here’s what it looks like today.

When I started down the multisite path as a senior pastor in Colorado in the 1990s, multisite was a radical idea. In the first decade of the 21st century, multisite became the cool idea among large, cutting-edge churches. As it approaches the end of its third decade, multisite has become the mainstream idea for healthy, growing churches of all kinds and sizes.

This movement is comprised of more than 7,000 denominational and nondenominational churches that gather in urban, suburban and rural communities across North America. The multisite model—“one church in multiple locations under one leadership and budget”—has come of age.

What began as a Band-Aid strategy for megachurches that were out of room or limited by zoning restrictions progressed through several identifiable stages. It quickly evolved into a growth strategy for healthy churches of all sizes. Stable but stuck churches found multisite to be a revitalization strategy that reenergized their base and leveraged their influence beyond the walls of their congregation. Increasingly it is becoming a rebirth strategy for struggling churches that merge with a multisite church. Nearly half of all multisite campuses have come about through a church merger.

The multisite model has proven to be an effective vehicle for outreach, volunteer mobilization, leadership development, revitalization and regional impact. Along the way, the multisite movement has changed the church landscape for good across North America in some very tangible ways by …

Every multisite church has a unique “church-print.” There is no one-size-fits-all formula for carrying out multisite ministry, but some common practices and challenges have emerged over the past three decades:

Sermon Delivery – The multisite model began with megachurches using a video sermon delivery strategy. Video-delivered sermons will continue to be a preferred option for many multisite churches, but half of all multisite churches today deliver the sermons live and in-person through local campus pastors.

Location – Some well-known multisite churches have congregations hours away from the original campus, but most multisite campuses are within 30 minutes driving time of the sending location.

From Outreach Magazine  Ravi Zacharias: With Gentleness and Respect

Facilities – Half of all multisite campuses start out portable but eventually rent existing 24/7 facilities or acquire a building through a church merger. Very few multisite churches buy land, build buildings or purchase facilities.

Launch Size – The bigger the core launch team, the better the outcome. The healthiest campus launches start with at least 200 committed volunteers.

The multisite movement continues to evolve. Here is what’s on the horizon as this movement approaches its fourth decade.

Networks – A small but growing number of multisite churches are going beyond reproducing one or two campuses to multiplying exponentially. These movement-making churches are creating networks and families of congregations by birthing campuses and planting churches. They have the strength of centralized and shared resourcing without the bureaucratic weight of traditional denominations.

Mergers – Church mergers are becoming the new normal and might even begin to outpace the multisite movement. Once seen as a last resort or lose-lose option, church mergers have become a viable win-win opportunity for struggling and stuck churches, as well as strong churches. Denominational leaders are seeing these as favorable occasions to grow their strong churches and salvage their struggling ones through mergers with a multisite outcome.

Online Campuses – The online church campus, which takes church to the neighborhood via the internet, is a natural extension of the multisite model. Online campuses go beyond merely presenting a live-streaming video of a church service. People log on through their computers or smartphones, engage in worship, watch the sermon, interact with others, pray together, respond to invitations, give offerings and are cared for by an internet campus pastor—all in real time. It is becoming the front door for people looking for a church and a side door for people wanting to stay engaged in their church.

Microsites – A microsite is a microcosm church. These microchurches are a cross between a multisite campus and a house church. Microsites enable anyone to take church to the people anywhere, anytime, but with guidance and support of a sending church. Though the microsite idea is still embryonic, micrositing is another step forward in the multisite movement that will help churches reach more people better, faster, cheaper and further. Just like the multisite movement, there will be various expressions of these missional small groups.

Facilities – Buildings are no longer the end game, but a means to the end of establishing church presence in a community. Multisite eliminates the need for big-box facilities or a main-campus mindset. Starting portable will continue to be the primary campus launch strategy. Acquiring facilities through church mergers will grow exponentially across the church landscape. Buying land and building church facilities will still occur, but on a smaller scale. Going forward, new church buildings will be smaller, simpler, multipurpose, multivenue and community-centric.

Succession – Senior pastor succession has become a major issue as the tidal wave of aging baby boomers turn over the reins of their churches to the next generation. Multisite churches have a built-in pipeline of campus pastors who can be mentored, groomed and prepared for succession by their senior pastor. Most new senior pastors of multisite churches will come from within the church. This can ensure a more seamless and less disruptive transition for local churches.

Matrix Organizational Structure – Birthing campuses isn’t the most difficult part of multisite. More difficult is managing the intercampus relationships and restructuring organizationally to support a growing multisite church. Multisite churches that grow beyond three locations will go to a matrix-style organizational strategy. This involves a solid-line (authority) and dotted-line (influence) reporting structure between the campuses. This model lives in the tension of providing oversight and accountability while empowering site leaders to implement and contextualize.

Team Leadership – Multisite churches will move away from a hierarchical, top-down, solo leadership model to a horizontal, team-based leadership model. These teams typically fall into three categories: a central leadership team that gives overall direction and oversight to the church, a central operations and ministry team that provides support and coaching to all the campuses, and campus teams that implement the vision at their locations. The challenge of multisiting is managing the tension between these three teams and balancing consistency with local contextualization.

Unmultisite – Many multisite churches will drop out of the multisite movement. Campuses will be dropped by churches either because the originating church was not healthy, got into it for the wrong reasons or took the wrong approach. Many will unmultisite for legitimate reasons, but for every church that departs the multisite model, many more will embrace it.

The multisite idea has come a long way in a short time. What began as a radical idea has spawned a movement of more than 5 million people attending thousands of multisite churches across North America.

When I shared the multisite idea with my Colorado church board in 1997, members responded skeptically with comments like, “Jim, what have you been smoking?” (It was Colorado, after all.) and “Who would go to a church like that?”

Today more than 6,000 people attend the church across five campuses. Multisite has come of age.

This article originally appeared on The Christian Standard and is reposted here by permission of the author.