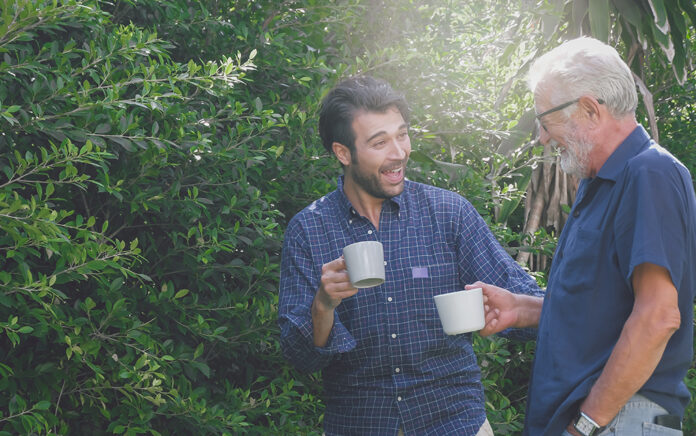 “Sometimes the being is more important than the doing.”

My mentor shared this wisdom at our last meeting. He’s in his late-80s, almost 50 years ahead of me. He retired from a church in Indiana and moved to Bradenton several years ago. I inherited him with my church when I was called as pastor a few years ago. Unfortunately, he recently moved back to Indiana to be closer to family.

God gave me a spiritual heavyweight of encouragement with him. He sat a few rows from the back—prayerfully listening every week. He held no formal leadership position in our church. He did not need it because his prayers moved mountains.

Every young pastor needs an older mentor. I know that’s not a new thought. I press the point because it’s hard to overstate the value of wisdom from someone 50 years older than you. Unfortunately, young pastors tend to dismiss the oldest generation of leaders. Not overtly, of course. Few would explicitly state they don’t want to hear from someone older. The dismissal comes more in the form of time.

Our ears can only listen to so much before words start melting together. Podcasts, meetings, texts, phone calls, blogs, sermons—how many of them come from the oldest generation? If you’re like me, you tend to listen to people your age, maybe ten years older. Listening to the oldest generation takes effort. It’s not efficient. My mentor talks slowly, with careful nostalgia. But, if I pay attention, what I hear is the greatest hits album of his ministry. It should be played over and over again.

My old mentor brings hope. He got through the tough stuff and knows the way! He’s already taken the machete and blazed a trail. I need to follow his path.

My old mentor connects me to a significant generation. He helps me understand the oldest in my congregation. I can ask him questions without fear of offending him.

My old mentor forces humility. He has my permission to knock me down if necessary. But, usually, he gently picks me up.

My old mentor teaches friendship. It’s incredibly healthy to have friends who are much older (or younger) than you.

My old mentor reveals the value of prayer. If you were to ask him how he did it, he’d simply respond, “Prayer.” His one-word answers are usually accompanied by a story of God’s provision. These stories are worth the time of a thousand podcasts.

They are in your church, sitting near the back, quietly listening. Inside of them is decades of wisdom. Befriend one of them and strike gold. Sometimes the being is more important than the doing.

From Outreach Magazine  Why We All Need to Reflect on #MeToo