Home Features Why Kids and Youth Ministries Drift from Jesus 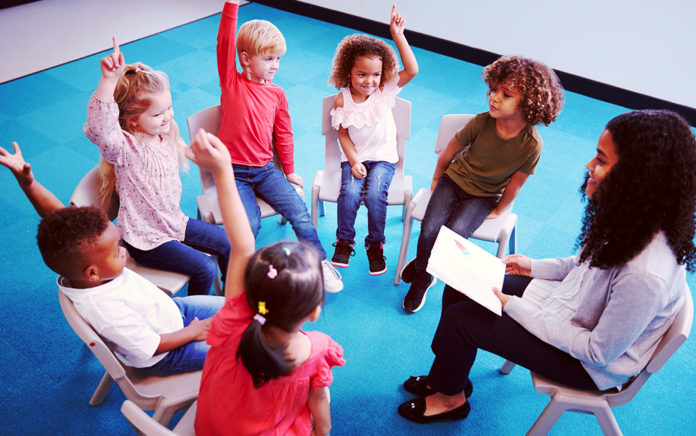 Three ways ministries can subtly drift from the gospel

Several years ago, I wrote a book with my good friends Matt Chandler and Josh Patterson about Jesus being the center of a local church. We called the book Creature of the Word, the title coming from an old Martin Luther quote where he taught that that when the gospel is rightly declared and applied to God’s people, the church becomes “a creature of the Word.”

As the book was released we were asked to do interviews and podcasts about the book. Well, actually most of the interviewers wanted to talk to Matt because, well, he is Matt Chandler. A question Matt was asked several times was, “Where does a church often shift away from the gospel without realizing it?” I thought Matt’s answer was profound and it applies to both churches and families. Matt would respond, “It can often happen subtly in the kids ministries and youth ministries of a church.”

Why can a drift from Jesus at the center of a church happen easily in kid’s and youth ministries? I think for at least three reasons:

1. Teaching Behavior Can Be Attractive to Parents.

Who doesn’t want their kids to behave? I want my kids to behave! Because of this, there is a subtle attraction to teaching that focuses kids on important actions such as obeying their parents, being responsible, and treating people with kindness. These are all really good things! But remember the religious leaders in Jesus’ day focused on behavior too, and Jesus told them that they were focused on the outside of the cup while the inside of the cup was unclean.

From Outreach Magazine  Why Should We Care What Happens to People After They Are Saved?

Jesus never affirmed right behavior apart from a transformed heart. And the reality is that commitments and actions not rooted in our new identity as Christ followers won’t last anyway. If we teach character apart from Christ, we burden kids with expectations they will not be able to live up to because none of us can obey God apart from him transforming our hearts.

2. Teaching Jesus Will Offend Some.

The message of Jesus has always been and is still fundamentally offensive. The message of Jesus confronts us with our inability to rescue and fulfill ourselves and shows us that He is our only hope. A kid’s ministry and youth ministry that points people to Jesus over and over again is choosing to build a ministry on the only One that can transform. But the One who will transform is also the One who will offend—the Cornerstone and the stumbling block. To keep Jesus at the center of a ministry will offend some.

3. As Leaders We Prefer Applause.

Leaders of kid’s ministries and youth ministries are people just like us—which means they prefer applause to criticism. There will be plenty of applause and approval if we teach virtues rather than the Vine. But we can’t live virtues consistently or sincerely apart from the Vine.

As a parent and as a pastor I have experienced the subtle temptation to drift from Jesus. And I know the way to overcome is to fight, to bring the grace of Jesus to the center of my parenting and pastoring. A story I have used with my daughters to teach them about God’s grace has become a kid’s book—actually a book that Evie (my youngest) and I have written. It is a parable about the grace we receive when we trust Jesus and the freedom of not living for approval. The book is called The Quokkas, the Snails and the Land of Happiness.