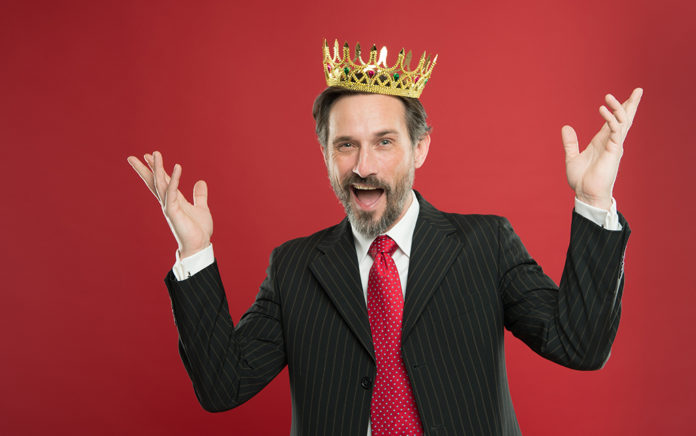 How to recognize if one of your leaders has narcissistic tendencies

Ancient Greek mythology offers an important lesson for anyone in ministry, or in any leadership position for that matter. As one fable goes, Narcissus was a beautiful hunter. As a boy his face looked as if it were chiseled from the purest marble. His beauty attracted others to him, but he could never let anyone get close even though they tried to extend their love to him. He resisted because he had found another love. Here’s what happened in the story and the implications for someone who might have traits of a narcissistic pastor.

One day at age 16 as he walked along the mythical river Styx, he stopped to sip water from a calm pool. As he knelt, the image he saw in the pool transfixed him. He immediately discovered his new love, the image of himself. His obsession with his own image kept him from giving or receiving love from others. The story says that because he could not bear to leave his reflection, he lay down by the pool and pined away for himself. Eventually the earth absorbed him and he became the flower narcissus. Thus, the word narcissist came to mean a person who has a fixation with himself.

What are some indicators that a pastor or a leader may be a narcissist? And what are the dangers to his or her ministry and family?

Peter Steinke, a prolific author and church ministry consultant, has worked with hundreds of churches and pastors in the last 40 years. He once worked with 65 pastors who had affairs and found that narcissism lay at the root of most of those failures. These pastors’ need for others to value them and their need to feel important led them to sexualize their desires. Their narcissistic tendencies led them to moral failure.

From Outreach Magazine  How to Give an Effective Online Gospel Invitation

Based on my experience with others and upon the insight of others like Steinke, I believe that if a pastor shows signs of narcissism and doesn’t admit them and seek help, he has doomed himself to failure. The narcissistic pastor lives with an inflated sense of self-importance and an insatiable drive to be liked and to be at the center of attention. Satan will capitalize on these traits and tempt him to compromise his morals and values. A narcissistic pastor will create a false self to cover his fear of humiliation. Exposure to the real person is anathema to him. Steinke says that a narcissistic pastor’s drive to avoid disclosure often results in these kinds of behaviors:1

1. Rage if he experiences shame for shame exposes his true self.

2. An inordinate need for praise in order to feel important.

3. The feeling of entitlement to special treatment.

4. The immense need for continual feedback of how important she is.

5. The feeling of superiority and its reinforcement from others.

6. Strong reaction to rejection and disapproval, sometimes with intense rage.

7. The lack of the capacity to mourn, a defense against depression.

8. Calculating and conniving behavior to “maintain” supplies of continuous adulation.

9. An impaired capacity for commitment.

10. No capacity for self-focus or self-examination.

Unfortunately, ministry can give rise to narcissism. We are often in the limelight and get kudos and compliments from others that feed our egos. In the past two decades it seems that annually some well-known pastor commits adultery or fails in some public moral way, often rooted in narcissistic tendencies. Unfortunately, narcissists often exude qualities we laud: self-confidence, a magnetic personality, strong platform skills and the ability to motivate others. Narcissism is deadly. Perhaps that’s one reason the Bible often speaks against pride and for humility.

From Outreach Magazine  Reflections on Mary’s Devotion to Jesus

I’d like to hear about your experience with a narcissistic leader. Would you add any traits to this list? Have you ever seen a narcissistic pastor change? What helped him change?