Home Features Talking Yourself Out of Discouragement 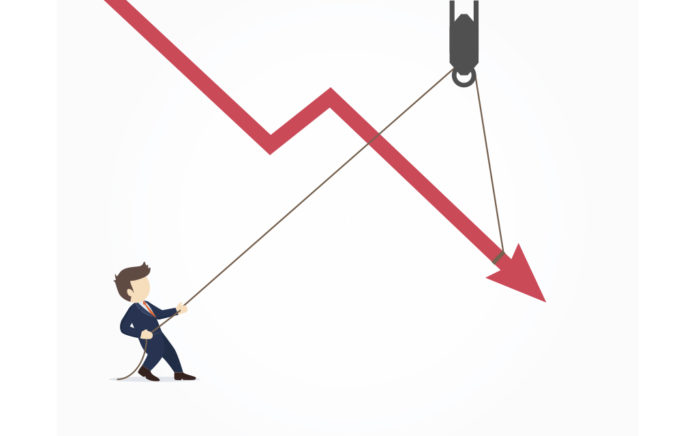 Pay attention to the three p’s of discouragement.

I’m currently pouring through a mountain of replies I received when I asked over 75,000 leaders what they were struggling with right now. Can I just say there’s a lot of struggle?

The responses come from good people—leaders who care, who are trying to make a difference, who are usually sacrificing try to make things better for others.

Think about your own situation. In many cases, you’re trying to keep yourself together and your family together.

You might be leading a smaller group of people than you were a year ago (many organizations plateaued or lost momentum this year).

Budgets are tight. The future is unclear.

And you’re leading in a more polarized and angry environment than ever. And even if you’re growing, it’s hard to know who you’re reaching thanks to online and the weirdness of the current situation.

No wonder you feel discouraged and tired.

So, here’s the question I want to tackle in this post: How do you talk yourself out a slump?

To be clear: I think community plays a huge role in getting healthy and staying healthy. You need a few good friends you can be honest with, a good therapist and sometimes a good doctor. Your community is an integral part of getting through anything, let alone this.

But ultimately you go home and as you stare at the wall or stare at the ceiling (because you can’t sleep), you run your situation through your mind over and over again.

And for me, that’s where the trap lies.

I can have amazing people around me, but it doesn’t matter what other people tell me, I defeat myself.

You probably recognize that pattern too: You don’t really need other people to discourage you. You can do it all by yourself.

THE THREE P’S OF DISCOURAGEMENT

So how does that happen?

Isolation and self-pity are two spirals I have to pull myself out of more often than I like to admit.

I’ve also had the privilege of talking to renowned psychologist and author Dr. Henry Cloud a number of times recently to discuss leading through a crisis.

I want to highlight something Henry said in Episode 353 of my podcast (here are the show notes): Leaders often talk themselves into a learned helplessness when they’re discouraged.

Henry points out that it’s so easy for your brain (and mine) to process events in negative but predictable ways.

Without correction, it’s easy to embrace a mental map that make failures and setbacks feel personal, pervasive and permanent.

When you interpret setbacks, struggles and challenges personally, pervasively and permanently, it’s not that hard to move from discouragement to defeat.

What’s fascinating, Henry points out, is that two leaders can face the exact same set of circumstances. One leader will prevail and overcome, while the other succumbs and gives up.

The difference is the three p’s.

So let’s take each in turn. Sometimes just knowing this is what you’re doing to yourself is half the battle. At least it has been for me.

In leadership, you have to take the hard news seriously, but all too often I’ve taken it personally.

Wisely, you don’t want to be the leader who blows off negative trends, pretends they don’t matter and ignores very real threats.

But there’s a world of difference between taking things seriously and taking them personally.

It’s what happens when you look at numbers that fall short, and instead of saying that’s bad, you tell yourself I’m bad … a bad leader and a bad vision caster.

I’ve caught myself doing this more often than I want to admit. Taking responsibility is a good thing, but shaming and blaming yourself rarely leads anywhere constructive.

Instead, it leads you directly to the second p.

Sure, maybe you missed a target, lost a key staff member or actually did blow that talk.

But rather than focusing on the specific issue, instead you decide to make the problem pervasive.

Suddenly in your mind you’re no good at anything, and find yourself saying things like everything I do is bad … at work, at home. Actually everything I lead is failing.

Which of course, is not the case.

But that doesn’t stop your mind from going there. And once it goes there, it quickly finds its way to the third p.

It’s permanent. You’ll always be this bad, and there’s no hope for change.

With a thought pattern this negative, no wonder you’re discouraged and defeated.

YOU KNOW IT’S A LIE, RIGHT?

Recognize the pattern? I do.

And it can show up anywhere—in your leadership, in your marriage, in your parenting, or even in something as simple as trying get fit and workout.

As you know, recognizing the pattern is one of the first keys to breaking it.

That three-fold pattern almost took me out a decade into my leadership during a season of intense burnout (something I write about here).

So, in addition to community and good professional care, what do you do when you’re convincing yourself your slump is personal, pervasive and permanent?

This is so simple you might miss it: remind yourself that none of it is true.

Second, you’re certainly not terrible at everything. That’s ridiculous.

And finally, remind yourself that this isn’t permanent.

That was probably hardest for me to believe 15 years ago when I was in depth of my burnout.

From Outreach Magazine  How to Rethink Your Short-Term Trips

I remember a friend called that day and said “Carey, I know you can’t feel it right now, but the sun will rise again.”

I don’t know why, but those words were like life to me that day. And maybe you need to hear that right now: I know you can’t feel it right now, but the sun will rise again.

While the last 15 years haven’t always been easy, I had no idea the joy and opportunities that were on the other side of my dark night of the soul. Zero clue. I’m so thankful I didn’t give up or give in.

As Henry Cloud and other psychologists point out, leaders who allow the three p’s to dominate their thoughts suffer needlessly.

Some leaders look at the same challenges you and I do and see opportunity. Others see obstacles.

You have more options than you think.

Henry Cloud suggests taking a sheet of paper and in one column writing down everything you can’t control that are affecting you. The pandemic, or state orders, or the economy, or people choosing to leave might make the list.

Then, in the second column, write down all the things you do have control over: next week’s message for example, or reaching out to new people, or picking up the phone to call someone who emailed you, or inviting a new staff member or key volunteer to start a project.

Or to paraphrase my favorite question of the last year: sure, circumstances aren’t what I hope, but what does this make possible?

A final strategy that’s helped me is to redirect my emotions.

I know that sounds dumb, but it’s helped me so often over the years.

It’s not that hard for me to get stuck in my negative feelings, or to throw a pity party and invite other people to come along for the ride.

When I find myself moving in that direction, I remind myself: Focus on what you know is true, not on what you feel is true.

Sure, something someone said might bother me, but on my good days, I remind myself that generally they’ve been incredibly supportive, and I need to focus on that.

Or, if I feel myself sliding into the three p’s, I’ll pull myself back and say “Well, this is hard, and I can learn, but I’m not as bad as I think I am right now, and not everything is a mess … and it’s certainly not permanent.”

Focusing on what I know is true and not on what I feel is true has saved me a thousand times over.