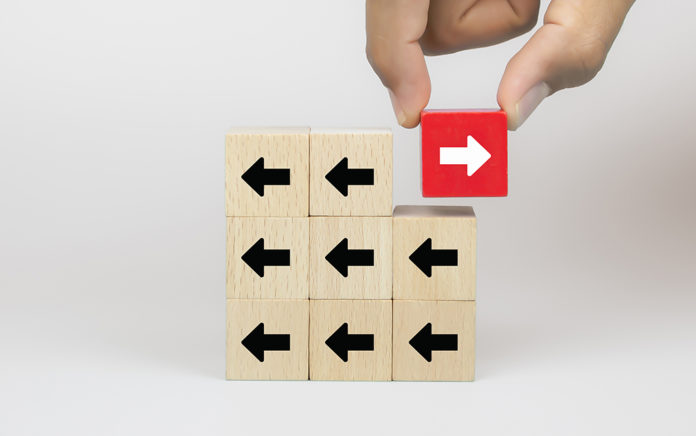 How to know when to strategically introduce change

I try to always be strategic in leadership. All leadership involves change. You can’t avoid it and lead. Sometimes you can change simply because you have a new idea. I have learned, however, there are some times when leaders must strategically introduce change.

There are times the “gut call” comes in handy for a leader. Leaders often must make quick and decisive decisions. 2020 taught us that if nothing else. Thankfully, past experience and instinct can help a leader make the call when an immediate decision is needed.

There are times, however, if you want the change to be successful, you must use strategy to make the decision.

If you aren’t necessarily wired to think strategically, it will need to come through discipline—simply learning how and practicing doing so.

For defining purposes, a strategic decision doesn’t simply react based on how the leader feels—it brings other people into the decision. It asks bigger questions, such as why, how, when, where, who and what. Consequently, the ramifications of the decision are highly weighed before you make the final call.

Thankfully, not all decisions a leader makes require using strategy. When it does, however, the leader needs to pause, ask bigger questions about how this decision will impact the future. And, again, questions such as why, how, when, where, who and what will be helpful.

To help you get started, let me share a few examples of times a leader needs to be strategic with their decision.

1. The Outcome Is Uncertain.

I love risk and there is no leadership without risk. The leader, however, must weigh the risk with the future of the organization in mind. How much is too much risk? Ultimately, the leader has responsibility for the overall success of the organization. So, a leader has to make final calls as to whether or not a risk is worth the time, energy and resources. This requires strategic-thinking.

Absent of a direct word from God, the leader needs to be strategic enough to thoroughly vet the decision and it’s potential future implications. This doesn’t mean you don’t take the risk or that you won’t lead into an unknown—that’s what leaders do, but taking time to think strategically can often help eliminate possible disasters.

2. The Outcome Impacts Others.

3. The Issue Is Subject to Resistance.

Most change is subject to resistance by someone. Knowing that a decision is automatically going to involve a battle for acceptance, leaders must strategically plan the way the decision is introduced and implemented. The more potential outcomes and reactions considered the greater chance of success the change can have.

4. The Issue Changes an Agreed Upon Direction.

Good leadership gets people excited about a direction the organization is going. It leads them to invest their heart and energy into heading in that direction. It makes sense then that they are naturally more resistant to a change in that agreed upon direction. Consequently, good leaders think strategically how this change will be received. They plan how it should be communicated; helping people transfer enthusiasm for the new direction.

Those are just a few examples. There are certainly many others. I can’t tell you how many times I have seen a decision backfire against a leader who failed to think strategically. They did what they thought was best. The leader used their experienced “gut”, but there were too many variables at play and the decision was met with more resistance than they could overcome.

A good rule of thumb for leaders might be to simply discipline themselves to ask a simple question: Do I need to think more strategically before I make this decision? And, if the answer is yes, start asking more questions and involving more people. It will make you a better leader.

Check out our new podcast where we unpack leadership issues in a applicable and practical way.