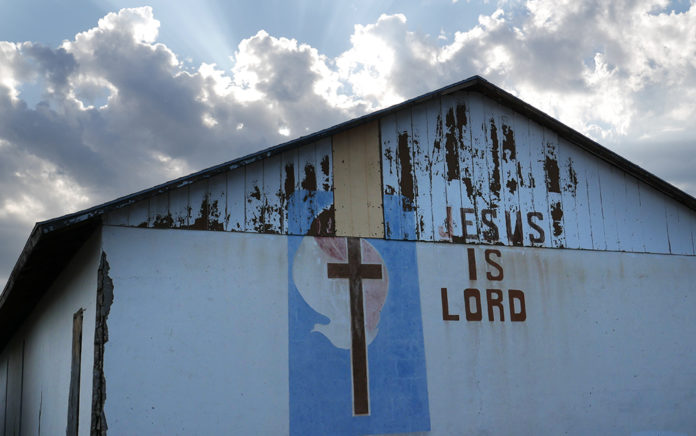 The bad choices that can lead to a church’s demise

“This train got the disappearing railroad blues.” —Arlo Guthrie, “City of New Orleans”

The cleaners I used for over two decades made a decision to go out of business.

They just didn’t know it.

It all started with a closed sign on the door one morning. I walked away carrying the clothes I had planned to drop off.

The next day, a sign announced they had relocated. Since the new site was closer to my house with more convenient parking, that did not make me unhappy.

Next, they began cutting back on the hours. The young man newly hired to run that branch informed me they were now opening at 11 a.m. and closing at 7 p.m. No longer would people be able to drop off clothes on their way to work.

I asked him, “Shouldn’t you have a sign outside with the hours of operation? Since this is a big change.” Why I should care is another question, but I did.

He casually assured me that the small notice on the glass door would suffice.

He was wrong. To read that a customer would have to leave the car and walk to the door. This is an ideal recipe for frustrating one’s customers—and thus for losing them.

Thereafter, I never saw a car in front of the store indicating a customer inside.

Pretty soon, I was gone too.

Every business on the planet suffers from attrition and must strive constantly to find new customers to replace those relocating, dying or disgruntled. The business which is not attracting new customers will soon be history.

We’ve all seen restaurants and stores make wrongheaded decisions guaranteed to put themselves out of business. Some that come to mind are Shoney’s, Sears, Kmart and Toys“R”Us.

Saddest of All Is When Churches Get the Disappearing Blues.

Now, no church decides to go out of business. (Well, OK, that does happen for various reasons, but it’s rare.)

Some churches, however, seem to have a death wish. Their leaders make unreasonable, self-centered decisions out of frustration, fear, impatience, laziness, anger, fatigue or misguided convictions which in turn drive people away and deaden the enthusiasm of those making the effort to come.

Now, churches that die may each disappear in their own way. To my knowledge, there is no definitive list of the things to look for. One may be put out of business by a brutal fight causing everyone to scatter, while another just caught a terminal case of complacency. One church I know ran up such heavy debt from a lawsuit they had to ask another church to absorb them.

What Disappearing Churches Do

From where I sit, here are steps churches take which nullify their witness and shut down their outreach and end their usefulness in the community.

• They run preachers off, one after another. After a business meeting in which the congregation voted to fire the minister, an elderly member told me, “This is the fifth pastor in a row we have fired.” A generation ago that church ran 600 in attendance; today, it struggles to hit 50.

• They keep the ministers on starvation wages, guaranteeing that they will not stay long at this church. Carnal members will argue that ministers should not be preaching “for the money,” but God’s Word says one must look after the needs of his family. If a church is not paying a living wage, it should not be surprised when the minister has to take outside jobs.

• When a financial crisis hits, instead of calling the congregation to rally–to awaken to their situation, increase their giving, and be more committed–the leaders simply cut salaries and missions. Cutting the budget is far easier than asking people to sacrifice.

• In a time of financial need, they cancel their outreach and cut off all publicity. No more community service, no newspaper ads, nothing on the radio, no flyers to hand out in the community. For a while they may continue having wonderful programs, but few beyond the immediate congregation know it.

• They spend the bulk of their income on themselves, neglecting their ministry to missions and the local community. Listen to leaders and you’ll hear, “I don’t know why we have this ministry anyway; none of those people come to our church.” The saying that “a church exists by missions as a fire exists by burning” is true. Cut out the fire and everything dies.

• They neglect the signs telling the community how to find their church. They allow the signs to rust, become damaged, and grow unattractive. Rusted and unmaintained signs reflect poorly on the Lord’s church. They send a message, but not one you would want.

• They will not allow the minister to speak prophetically to the congregation or strongly to the community. I once told a congregation, “I would not join this church. There is so much ill will and anger among our people. God is not going to let us experience revival until we get our hearts right with him.” To their credit, they took that and repented. God sent revival to that church and it became healthy and strong.

• They allow a few carnal members to dominate the congregation. They run off healthy Christians who want the church to have a wide range of ministries different from what they’ve always done.

• They lose their emphasis on love, fellowship, prayer, Scripture and missions, and become occupied with going to meetings, managing their property and guarding against new thoughts.

How Does This Decision Line Up With the Great Commission?

The church’s mandate at the end of the Gospel of Matthew is still in effect. We are to carry the gospel to the ends of the earth. And since this is the Lord’s church and not ours—see Matthew 16:18—we should be asking him what he wants done with his church.

From Outreach Magazine  3 Books That Shape My Ministry

Congregations and pastors sometimes make decisions and policies to suit themselves, to placate some disgruntled member, to make life easier on the workers. There is one group of people they never consult, the people in their community whom they were sent to serve and to reach.

Churches often schedule their worship services to suit themselves but with no thought to their target audience.

They refuse to allow any musical instrument other than a piano and organ because a few members would be upset. They sing the same songs their grandparents did, and call it being faithful to their calling. It’s not. (It’s being a captive of their culture.)

Churches often make key decisions out of fear rather than faith. In Mark 4:40, our Lord asked, “Why did you fear? Where is your faith?”

We’ve all seen churches erect iron columns with bars locked in place to protect their property. Evidently intruders were parking in their lot and leaving trash. While no one enjoys cleaning up after such thoughtless visitors, those iron bars send a message to passing motorists that no church would ever want to convey: “Keep away.”

When a church refuses to post the times of their services prominently—“The people of this community know when we meet!”—they’re signaling the community that they’re not wanted, that we exist just for ourselves.

I know a church that took down the basketball goals and nets from their outdoor playground because neighborhood teens would outnumber (and outplay!) the church kids. Such short-sightedness is truly amazing.

Some Churches Need to Go Out of Business

Let’s just admit it. The unhealthy churches that keep running off good ministers, that burn up the Lord’s money on their frills, that squabble and give Christians a bad name in that community, they probably should be history.

But that’s up to the Lord, not us.

Personally, I would not stay in a church that was running people off, that was in a constant fight, that did not respect the God-called ministers sent as “overseers” of the church (Acts 20:28). I would take my family and go where the Lord sends us, and shake off the dust of that contrary outfit. I would never speak ill of them and would not badmouth them, but would pray for them. But I would not send them another dime of the Lord’s tithe.

Where there are healthy churches trying to get this right, I want to join and help and contribute and work. Even these will have struggles aplenty, but if they are honoring Christ, I’m with them.