Home Features Preaching Truth Even When It’s Not Popular 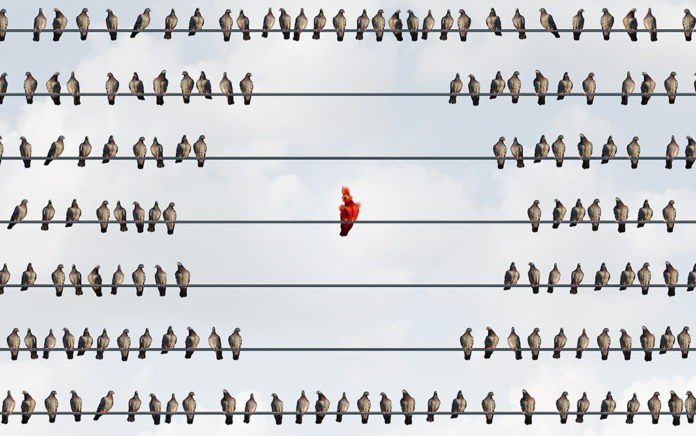 “Preach the word; be prepared in season and out of season; correct, rebuke and encourage—with great patience and careful instruction. For the time will come when people will not put up with sound doctrine. Instead, to suit their own desires, they will gather around them a great number of teachers to say what their itching […]

“Preach the word; be prepared in season and out of season; correct, rebuke and encourage—with great patience and careful instruction. For the time will come when people will not put up with sound doctrine. Instead, to suit their own desires, they will gather around them a great number of teachers to say what their itching ears want to hear. They will turn their ears away from the truth and turn aside to myths.” —2 Timothy 4:2–4

There will come a time when many people will no longer desire biblical truth in our churches. They will want to hear their opinions affirmed by their pastor rather than be challenged to change them. Paul told Timothy that people would not put up with sound doctrine, especially if that doctrine is contradictory to their desires.

As pastors, we have a choice to make—tell people what they want to hear, or tell people what they need to hear. Paul says there will be plenty of teachers willing to win the crowds, but far fewer who will stand with a prophetic voice and point people toward a narrow, but beautiful path of repentance, humility and generosity.

This is not a new dilemma. The church needs constant reform, because we often find it entangled with heresies, divisions and corruption. Today, we’re faced with a cacophony of political and social opinions that are constantly reinforced by non-stop social media and cable news. The shepherd’s voice is one of hundreds attempting to break through the fog, but many are attending church in person less than ever. Our people are listening to pundits, not pastors, to speech rarely steeped in prayer and Scripture.

As a result, we have crowds wandering from voice to voice, looking for agreement and affirmation, but rejecting costly discipleship. They have tribal preferences but little community inside the safety of the congregation.

Paul says we must correct, rebuke and encourage with great patience and careful instruction. He’s reminding us to think long term, to do the holy work of preaching and teaching without stumbling from the criticism that’s sure to follow. We’re not called to be popular, but we’re called to be faithful.

In the last few weeks, I’ve had scores of pastors confess they’re discouraged, exhausted and ready to quit. The amount of criticism and vitriol has worn down their souls and caused them to doubt if people are really hungry to learn and grow. One pastor told me he’s working harder each week to prepare a meal no one wants to eat. Many have lost close friends and longtime members because they have not championed some issue with enough fervor.

We’ve made a commitment to contact one another more often and keep each other encouraged. We’ve decided to point people to Christ and stay centered on the primary mission. We’ll speak up when we see injustice, but not get mired down in petty partisanship. It will cost us congregants, givers and volunteers, and that makes all of us sad.

In the end, though, we’re called to shepherd our people and to feed the flock that’s been assigned to us. We have a responsibility to sound doctrine, to love our people and to keep our hearts pure. It will be costly, but there’s no other path to follow.

This article originally appeared on Brady’s blog and is reposted here by permission.