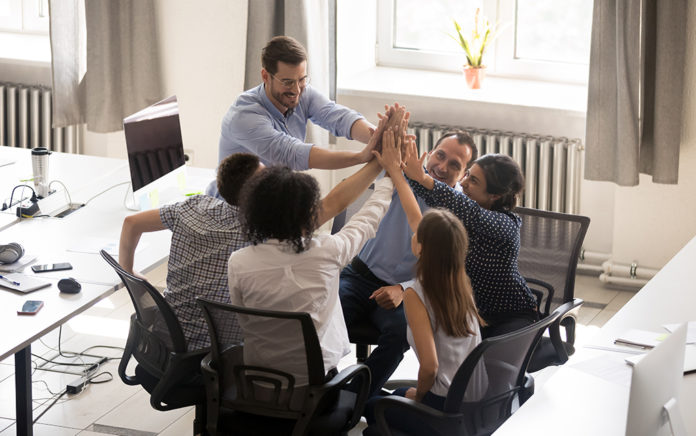 Ways to become a better leader

For many years, I struggled to lead in a difficult environment. My colleagues seemed to thrive on conflict. I sure didn’t. I knew I needed to up my leadership quotient, so I turned to the Bible. Since I’ve used it as a leadership textbook before, I resolved to take a deeper look.

Over a span of three years, I marked every verse that had to do with leadership. In the end I held a treasure trove of truths and principles that inspired me to lead with greater confidence and wisdom.

PRINCIPLE NO. 1: WHEN YOU FACE THE IMPOSSIBLE

The angel Gabriel told two unlikely women they were about to conceive. Elizabeth’s problem was that she was well past childbearing years; Mary was an unmarried virgin. How could they possibly become pregnant?

I like both translations. When God works, he accomplishes the impossible. Equally, when he speaks, his words define and establish what will come to pass.

He delivered on his promise to the women, not just for their own happiness, but for the good of mankind (the two children would be John the Baptist and Jesus.)

This leads to a few questions to ponder:

1. What “impossible” challenge are you facing right now?
2. What is God saying to you about it?
3. What are you saying to him about it?
4. What good could he accomplish in you through this thing?
5. How will your perseverance bring glory to God?

Take some time to think through your answers. As you ponder, ask God to give you wisdom and a clear path forward for whatever issue you’re facing.

PRINCIPLE NO. 2: HOW NEHEMIAH LED PAST OPPOSITION AND CRITICISM

Nehemiah is one of the starkest examples of powerful leadership in the Bible.

Nehemiah chapter four describes how he faced down strong opposition. Let’s walk through a synopsis of this amazing story.

The initial threat emanated from a leader named Sanballat, a lifelong enemy of the Jews. He lashed out with bitter criticism as Nehemiah began rebuilding the wall around Jerusalem.

In response, Nehemiah asked God to humiliate his enemies, and then immediately commanded his people to get to work on the wall. They reached the halfway point before Sanballat and his allies could do anything about it.

When they saw the progress, they planned to attack as a single, unified force. When Nehemiah heard of this, he responded with another prayer and more action:

“But we prayed to our God and posted a guard day and night to meet this threat.” (v. 9)

Though his resistance was fierce, hope was quickly dissipating among Nehemiah’s people. They were afraid.

He fought against their fear by pointing to the power of the Lord, and commanded them to stand up and fight for their families and homes!

They confidently went back to work. Nehemiah knew their confidence would falter again, so he stationed a visible defense force and made sure the people were always ready for battle.

After further intimidation, political pressure, assassination attempts, and lies, the climax to the story comes in chapter six.

“So the wall was completed on the twenty-fifth of Elul, in fifty-two days. When all our enemies heard about this, all the surrounding nations were afraid and lost their self-confidence, because they realized that this work had been done with the help of our God.” (vv. 15–16)

Do you see the interplay of prayer, faith and action in this great leader? Nehemiah served his people by obeying God’s direction to build the wall. But he was no pushover servant. He resisted his enemies with shows of strength and crafty strategy.

I believe Christianity is an active faith. It is intensely practical in the “real” world. When we lead like the shrewd Nehemiah, we will understand servant leadership in a new light.

Pray and fight on!

PRINCIPLE NO. 3: HOW TO APPLY GOD’S POWER TO YOUR LEADERSHIP

“Being strengthened with all power according to his glorious might so that you may have great endurance and patience” (Col. 1:11)

The verse above says we receive power directly from God’s own strength. But on a practical level, how do we appropriate his power in our leadership? In other words, what do we as servant leaders do with the heavenly power available to us? Aren’t we supposed to eschew any display of power, and instead personify humility?

Colossians 1:11 holds the answer: God’s power produces endurance and patience in us. These two qualities prove God’s power is at work.

Endurance and patience empower a leader:

A weak or passive leader would fail in these scenarios. During tough times, people want a strong leader who has endured worse situations, and who patiently employs faith and grit.

What requires extra patience and endurance from you right now? Perhaps this is a time to help your people deal with their difficulties by encouraging them to patiently endure.

Are you wondering whether to wait or to act in a situation right now? Sometimes, after a period of prayer and waiting on God, something stirs. The Spirit prompts us to act! When this time comes, you feel a fresh energy as he fills your sails.

Of course, if you still feel compelled to wait, God may act on his own. It’s his prerogative. But if you sense him sending you out, you must not only be strong, but watch for opposition.

Jesus himself was fully prepared for Satan’s attacks. He said, “And from the time John the Baptist began preaching until now, the Kingdom of Heaven has been forcefully advancing, and violent people are attacking it” (Matt. 11:12).

The apostles operated on the front lines of this battle. When they were attacked, they appealed to God for more boldness (see Acts 4:29).

Their prayer moved God. “After they prayed,” the Scripture says a few verses later, “the place where they were meeting was shaken. And they were all filled with the Holy Spirit and spoke the word of God boldly.”

As part of the Lord’s advance army, we will be attacked. But as we march, the Sword of the Spirit should fill us with courage and boldness. Jesus said, “I will build my church, and all the powers of hell will not conquer it” (Matt. 16:18).

No power, no enemy can stand in the way of this force. Jesus will build his kingdom. Nothing will stand in its way.

What an inspiration for action.

From Outreach Magazine  Are We Following the God of What Works?

PRINCIPLE NO. 5: STRENGTH IN CLARITY

We can develop leadership strength through clarity. Clarity is rarely a conscious goal for leaders, yet every leader is consciously aware of its absence.

How do I define clarity? In this context, it is a state of mind first achieved by the leader, spreading to the followers, then rippling out to customers and constituents. Another way to look at it is being “sure of what we hope for” (Heb. 11:1).

This state of mind is achieved by the leader who constantly seeks it in all aspects of his or her daily work.

Consider all the following areas where it’s necessary:

If ambiguity rules in these areas, people will feel like they’re not being led well. They naturally seek clarity, even if unconsciously so. They like to know what they’re supposed to be doing, where they should be going.

Not that they want to be micromanaged, of course. The clarity they desire is an understanding of expectations and purpose.

Clarity is better than simplicity. Simple is good, but not necessary. If an employee understands a new concept, it may still seem complex to outsiders, but now she can help them understand it, too.

Clarity is not necessarily obvious. It stands on its own. It is fact. It is truth. It is memorable. It is easily memorized.

It is a journey from complexity, chaos, falsehoods, confusion, and conflict to comprehension. To “Aha!”

It is a process of removing obstacles that demotivate, demoralize and derail.

PRINCIPLE NO. 6: THE SECRET TO BUILDING SERVANT LEADER STRENGTH IN OTHERS

I’ll come right out and give the secret to you: Build yourself up in the Lord first, and let your relationship with him flow out to others.

But how do we as leaders keep from becoming spiritually stagnant when we have so many daily responsibilities and concerns? Conflict abounds, financial concerns never leave, people issues come and go.

One way I’ve tried to grow over the years is by reading leadership books and going to conferences. But sometimes I feel like I read and study too much. The danger is that my increasing knowledge just puffs me up and doesn’t benefit anyone else.

By far the best leadership development comes when we walk with the Holy Spirit, read the Word, and lean into the experiences he brings our way. If we only want to lead for the money, power, ego or “legacy,” we are only serving ourselves and are in danger of being called least in the kingdom. Good leadership rarely emerges without a foundation of experience. But it never emerges—especially in the church—if the Holy Spirit isn’t leading the leader.

As Paul says in Colossians 2:8, we must resist “human tradition and the basic principles of this world” and depend on Christ.

When we depend on him, we know we’re on the right path, and our followers will thank us for it.