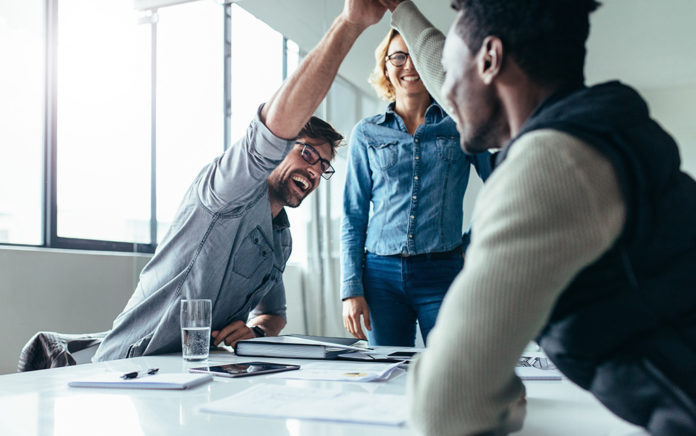 The most effective leaders possess these traits.

Of books and blogs on leadership, there is no end. Usually detailed within them are concrete, specific tasks or skills needed to be an effective leader. This is all well and good, but the older I get and the longer I lead, the more I become convinced that what sets the most effective leaders apart is more … intangible.

What I mean is that most leaders are versed in the basics of leadership. They don’t need a lesson on the importance of delegating, time management or vision casting. Maybe some pointed reminders to flesh out what they already know, but they understand the value of doing it and get the gist of what is involved.

But the intangibles of leadership are different. They can’t really be taught. They are either there or they are not; they are either active or dormant. And three come immediately to mind:

The idea of someone being aggressive is usually placed in negative categories, and understandably so. But I have in mind a virtuous aggression that is about making things happen and doing what it takes. This is about more than just hard work. It’s about refusing to accept roadblocks, or at least tackling them with ferocity. It’s about hearing “no” and refusing to accept the answer until you find a way to hear “yes.” Being aggressive is bringing catalytic energy to bear in a way that reflects persistence and determination.

A second intangible has to do with courage. It has often been said that courage is not the absence of fear, but rather taking action in the face of fear. I am thinking specifically here of the courage of decision-making. Many in leadership fall prey to one of two mistakes: a “Ready, aim, aim, aim, aim …” approach that never fires, or a “Ready, Fire” approach that never takes accurate aim. In many ways, I’m not so sure the first of the two mistakes isn’t the more debilitating. There are too many leaders operating out of fear in the spiritualized name of caution. But in truth, it is simply fear.

A final intangible is the ability to be wise. Though wisdom is to be applied on a broad scale, let’s focus on wisdom that translates into being strategic. Every leader knows the importance of being strategic, but that is very different from actually having the sense of what is strategic. One of the marks of an effective leader is the intuitive sense of knowing what to do and what not to do; what will fuel a critical growth path and what will not.

From Outreach Magazine  What is a Healthy Youth Ministry?

It is often debated whether leaders are born or made. The answer, of course, is “yes.” It is a combination of nature and nurture, ability and training, intuitive sense and mentoring. Or as the apostle Paul wrote to Timothy, “Do not neglect your gift, which was given you” (1 Tim. 4:14), and then in a later letter added that Timothy should “fan into flame the gift of God” (2 Tim. 1:6). The idea was that a gift was both given and meant to be developed, and anointed leadership is a spiritual gift (see Rom. 12).

So while intangibles can’t be taught, they can be envisioned—and, more importantly, aspired to. For example, you can grow in wisdom, you can choose courage, you can determine persistence.

But again, those are intangibles and perhaps what sets effective leaders apart the most.